Other People’s Rotten Jobs Are Bad for Them. And for You. 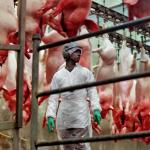 A few years ago, a part-time minimum wage worker at an upstate New York McDonald’s suspected a gas leak. When he alerted his supervisors, they told him to ignore it or he’d be fired. Instead, he called the fire department, and two things happened. Firefighters found the leak and shut the restaurant for the rest of the day. And the worker was fired.

I enforced workplace laws in New York State for the better part of two decades, and this case stands out to me, because it so clearly exemplifies why all of us should care about workers’ rights. When people have bad working conditions and no voice on the job, it’s obviously bad for them. But the impact of rotten jobs — those with low pay, long hours, bad treatment, or no worker voice — radiates far beyond the workers themselves. Other people’s rotten jobs affect our collective health, safety and well-being.

This powerful connection between work life and broader public welfare has been undeniable in the pandemic, as workplace clusters of employees with the coronavirus have often led to community spread. Many meatpacking employees, for instance, were required to work close together without adequate protection. The result? They brought the highly contagious virus home to their family, neighborhood and community.

A study published in May in the journal Food Policy found that the presence of a large beef-packing facility in a county, relative to comparable counties without such plants, increased per capita Covid-19 infection rates by 110 percent. The study estimated that 334,000 Covid infections in the United States were attributable to beef, pork and chicken processing plants.

In health care, countless examples demonstrate how conditions for workers, both bad and good, affect patient outcomes. Inadequate staffing ratios in hospitals and nursing homes cause stress and difficulties for workers; they also hurt patient care, as shown by numerous studies. For example, researchers who examined data from 161 Pennsylvania hospitals found a significant association between low nurse-patient ratios and infections of the urinary tract and surgical sites.

A study published this year found, on the other hand, that increased minimum wages reduced inspection violations, adverse health conditions, and mortality among nursing home residents, by decreasing turnover and improving continuity of care. And during the pandemic, researchers found that unionized nursing homes had lower Covid-19 mortality rates than those without unions.

Out on the highways, the low pay of truck drivers and long hours they work to earn more has created real dangers. In 2019, 5,005 people were killed and 159,000 injured in crashes involving large trucks.

Under federal rules, truck drivers are allowed to spend up to 11 hours per day driving, and up to 14 consecutive hours working. These drivers are generally not covered by federal overtime laws, so companies can require wildly long workweeks without busting their budgets.

The resulting fatigue is dangerous for everyone on the road. A scholarly review of N.T.S.B. investigations of transportation mishaps (including truck crashes) over more than a decade found that 20 percent identified fatigue as a probable cause or factor; another study on commercial vehicles specifically found that the risk of being in a “safety critical event” increased as work hours increased. When truck drivers are underpaid and overworked, it’s bad for them and also bad for us.

Researchers have found interesting connections between poor working conditions and seemingly unrelated social problems. For example, most people don’t think of the opioids crisis as a labor-related issue, but research has shown a connection between occupations with high workplace injury rates, like construction, and opioid overdose fatalities. (People get injured on the job; lacking sick days, they take opioids so they can work through the pain.)

At the same time, improved working conditions are correlated with a number of seemingly unrelated social benefits, from a reduction in the incidence of low-birth weight babies to a decrease in suicide rates. Unionization has been shown to increase civic participation, reduce the racial wealth gap and lessen racial resentment among white workers.

And when unionized workers fight for better conditions, the improvements often contribute to the benefit of all of us. Decades ago, the Association of Flight Attendants fought to ban smoking on airplanes. We all breathe easier because of that battle. More recently, teacher strikes and protests in a number of states in 2018 achieved not only higher salaries, but also increased education funding. Taking an approach called bargaining for the common good, teachers sought solutions that benefited not only themselves, but also students and the entire community.

Unionized workers fared much better during the pandemic: unions helped ensure that workers had the protective equipment they needed, paid sick days and more. And now, with vaccination as our national challenge, too many workers worry about not having paid sick days to get the vaccine or deal with side effects; those with adequate paid sick days or dedicated vaccination leave don’t face these barriers.

We should care about workers’ rights as a matter of social justice and basic humanity. These powerful and varied ripple effects suggest that everyone — not just low-wage workers or union activists — has skin in the game when we talk about raising the minimum wage or passing paid sick leave laws or making it easier for people to join a union. When new laws are considered, labor shouldn’t be seen as one more special interest group. It benefits all of us if the people doing essential work throughout our economy have good jobs, a collective voice and dignified treatment at work.