Even Amid Give-Back Demands: Workers Can Still Safeguard Pensions 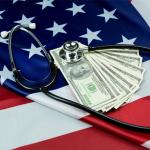 In recent decades, a top management priority has been reducing the cost of retirement benefits. The pandemic and its economic fallout have generated a new round of employer demands for pension freezes, benefit cuts, plan conversions, and two-tier coverage.  The Labor Guide to Retirement Plans  (Monthly Review Press), a newly published book by Oregon union activist JIm Russell, shows why and how private and public sector workers should be mobilizing against such concessions.

This book will be a critical resource for defending retirement security at the bargaining table and in the political arena. The Labor Guide is not only a highly readable account of retirement plan financing and administration, with a handy glossary of layperson explanations of sometimes confusing technical terms. It’s also a call for labor action to strengthen “our national pension plan,” aka Social Security, which is the sole source of retirement income for 1 out of 4 recipients and a perennial target of privatization efforts.

Now a professor at Portland State, the author first got involved in pension struggles when his own individual retirement account, as a Connecticut public employee, took a hit in the Great Recession of 2008. Russell helped lead a successful campaign to allow state workers, with inferior 401(k)-style coverage, make a rare switch to a defined-benefit plan with better benefits. (For more on that fight, see Russell’s previous book, Social Insecurity: 401(k)s and the Retirement Crisis, (Beacon Press, 2015).

Most workers still lucky enough to have an employer-sponsored plan have been pushed in the other direction—from traditional pensions, with group coverage and guaranteed benefits, to riskier individual retirement accounts with defined contributions and widely varying payouts. One secondary issue in the current five state strike by 1,000 workers at Nabisco is their company’s unpopular switch to 401(k) coverage three years ago.

The world’s richest man “froze a highly successful overfunded pension plan” and replaced it with an inferior model.

The public sector is becoming the last redoubt of better pensions. As Russell notes, “Republicans and a not insignificant number of Democratic politicians” have been doing “an excellent job of convincing much of the public that traditional plans are a costly burden on taxpayers, overly generous, threaten to bankrupt governments, and reduce funds for needed public services such as education.”

Underlying this Wall Street-backed propaganda campaign is the promotion of what Russell calls “pension envy” among private sector workers “now looking forward to an insecure retirement with insufficient 401(k) savings.” In The Labor Guide to Retirement Plans, Russell does a good job of recounting the 40-year growth of these individual retirement accounts, with their appeal of greater portability for employees and lower costs for their employers.

In union bargaining units, 401(k)s were initially welcomed as a supplement to traditional pension coverage. In non-union settings with only 401(k) coverage, it was assumed that retirees would convert their accumulated individual savings into commercial annuities, providing pension-like incomes.

This did not occur on a large scale because purchasing such annuities became increasingly expensive, making them unaffordable for 401(k) account holders with savings, at retirement age, that were far too small. As one General Accounting Office study found, in 48 percent of U.S. households inhabited by adults age 55 or older, the median amount saved for retirement was $109,000. The other 52 percent of such households had no retirement account money, since many jobs offer neither traditional group pension coverage nor a 401(k).

Russell provides sound advice for those negotiating about the terms of these defined benefit plans, which still number 50,000 and have 60 million participants among active or retired workers. As he notes, in the current bargaining environment, “participants and their union representatives are more likely to be thinking defensively” because “they want to ward off attacks that would decrease or eliminate benefits and, in many cases, end the pension plans entirely.”

Nevertheless, he urges unions to take the offensive with demands for improved cost-of-living adjustments and benefit calculation formulas, plus the opportunity (which some plans provide) to purchase additional service credits. Russell recommends that union members with cash balance plans—a hybrid model of retirement coverage—seek the option of rolling over “their 401(k) or similar accounts, if they have them, into their cash balance plan to be able to increase the size of their pension annuities.”Russell also warns about the disadvantages of converting to cash balance plans in the first place, even if these increasingly common retirement vehicles are preferable to 401(k) coverage because they still provide guaranteed pensions from professionally managed collective trust funds.

He cites in particular the retirement plan changes foisted on employees of the Washington Post after the paper was purchased in 2013 by Amazon founder Jeff Bezos. The world’s richest man “froze a highly successful overfunded pension plan” and replaced it with an inferior model. Some retirees lost hundreds of thousands of dollars in retirement income.

In the world of multi-employer pension trusts, Russell reports on proactive organizing by groups like Musicians for Pension Security, started by American Federation of Musicians Local 802 President Adam Krauthamer when trustees of his union’s industry-wide pension plan threatened to reduce benefits.

MPS supporters launched an educational newsletter, set up an informational website for the plan’s 50,000 participants, and held local fundraisers to hire actuarial, legal, and investment experts who could assist the rank and file in challenging their trustees’ bid for federal approval for pension cuts. Their struggle became part of the larger effort by Teamsters and other union members to pass the Butch Lewis Emergency Pension Relief Act, which earlier this year allocated $86 billion in grants to distressed multi-employer plans.

Russell acknowledges that workplace organizing around pension issues can be a hard slog among younger workers, who may be part of a high-turnover workforce with more immediate job concerns and “a thousand reasons not to think about retirement.” He argues, nonetheless, that it’s never too early to tackle issues like retirement fund financing,  eligibility rules, and benefit levels. Playing catch up later becomes only more difficult, if not impossible, as a bargaining unit gets older.

Union stewards, bargaining committee members, local officers, and national staff involved in contract campaigns to defend pensions should get a copy of The Labor Guide to Retirement Plans before their next round of bargaining starts. It belongs on the shelf of every local union library and in the curriculum of every surviving labor studies program in the country.

Steve Early is a long-time labor activist, member of the Richmond Progressive Alliance, and author, most recently, of Refinery Town: Big Oil, Big Money, and the Remaking of an American City (Beacon Press, 2017). His new book describes environmental justice campaigning in Richmond, California, where Chevron operates one of the largest refineries in California. Early can be reached at Lsupport@aol.com.)