These Nobel Winners Laid the Basis of Modern Climate Science 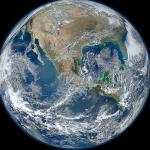 As a climate scientist myself, I was excited to learn that Syukuro Manabe, Klaus Hasselmann and Giorgio Parisi have been awarded the 2021 Nobel Prize for Physics. I first met Manabe when I was a graduate student in the early 1970s, so I was particularly pleased that the prize recognizes the profound importance of Manabe’s decadeslong work on the creation of climate models, as well as the application of those models to understand how increasing levels of greenhouse gases have led to global warming. 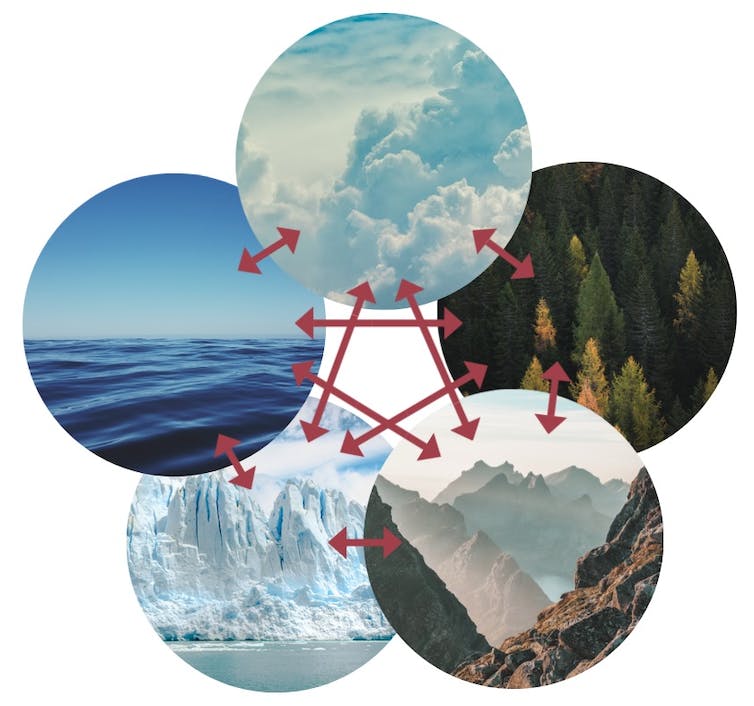 Climate and weather are influenced by many interconnected systems that all influence one another. Femkemilene via WikimediaCommons, CC BY-SA

How complicated is the weather and climate system?

Weather is what you see hour to hour and day to day. Weather involves just the atmosphere. Climate is the average weather over decades and is influenced by the oceans and the land surfaces.

Weather and climate are complicated because they involve many different physical processes – from the motion of air to the flow of electromagnetic radiation, such as sunlight, to the condensation of water vapor – across a wide range of spatial and temporal scales.

The system is incredibly complex and interconnected. For example, a cluster of small thunderstorms can influence a weather system that spans a continent.

Before about 1955, weather forecasters extrapolated future weather from changes over the previous days. They used simple but labor-intensive methods that were partly quantitative and partly based on experience. 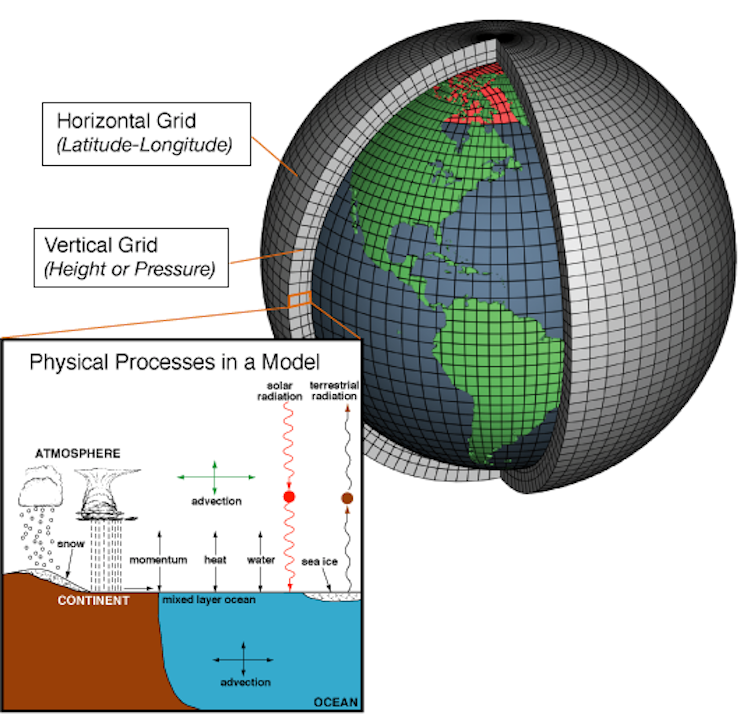 Climate models take data from today, break it into smaller three–dimensional chunks and run that data through complicated calculations to predict the future. NOAA via Wikimedia Commons

The birth of climate models

By the late 1950s, it became possible to make forecasts by running weather models on just-emerging but rapidly improving digital computers. A weather model is a system of equations that expresses the physical laws that govern weather. “Running” a weather model means solving the equations on a computer, using data from today’s weather to predict tomorrow’s weather.

Partly because of computer limitations, the first weather models could only cover portions of the Earth – like North America, for example. But by the early 1960s, faster computers made it possible to create models representing the whole global atmosphere.

Manabe led the development of one such model, building an interconnected web of thousands of equations that could simulate climate and climate change.

With this model, Manabe and his colleagues were able to produce fairly realistic simulations of such things as jet streams and monsoons. While modern global weather prediction and climate models are much more powerful, they can be viewed as descendants of Manabe’s early model.

When Manabe began his work in the early 1960s, some scientists had already pointed out the possibility that increasing atmospheric carbon dioxide could lead to global warming. In 1967, Manabe and colleague Richard Wetherald used a simplified version of their climate model to perform the first quantitative study of the effects of increased carbon dioxide in the atmosphere. In addition to confirming that carbon dioxide increases global temperatures, they also found that increased water vapor content in warmer air amplifies overall warming because water vapor itself is a greenhouse gas. 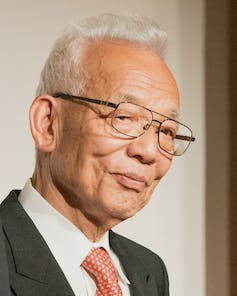 Syukuro Manabe was one of the earliest researchers to use climate models to study global warming. Bengt Nyman/WIkimedia Commons, CC BY

Nearly 50 years ago, they predicted the overall warming of the Earth’s surface, much stronger warming in the Arctic, a decrease in ice and snow cover, an increase in the average global rate of precipitation and a cooling of the stratosphere. During the 1980s, Manabe’s team also used their models to identify the possibility of increased dryness over some continental regions.

All of those predictions have now come true.

Modern weather and climate models are far more powerful than the models of old and can be used to make both long–term and short–term predictions.

The work of the other winners of the 2021 Nobel Prize in Physics, Hasselman and Parisi, followed on the heels of Manabe’s early research and shows how large–scale interactions across the globe give rise to the chaotic and hard-to-predict behavior of the climate system on day-to-day time scales.

Parisi studied the role of chaos in a wide variety of physical systems and showed that even chaotic systems behave in an orderly fashion. His mathematical theories are central to producing more accurate representations of chaotic climate systems.

Hasselman filled in another gap by helping to further connect climate and weather. He showed that the highly variable and seemingly random weather of the atmosphere gets converted into much more slowly changing signals in the ocean. These large–scale, slow changes to the oceans in turn then modulate the climate.

In combination, the work of Manabe, Hasselman and Parisi has enabled scientists to predict how the chaotic, coupled behavior of the atmosphere, oceans and land surfaces will change over time. While detailed long-range weather forecasts are not possible, humanity’s ability to understand this complicated system is an incredible achievement. As I see it, Manabe, Hasselman and Parisi are richly deserving of the Nobel Prize in Physics.