The Democrats as the ‘Un-Republican’ Party 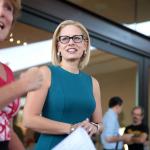 My colleague Carl Davidson has suggested, for several years, that it is critical that we understand the absence of a two-party system in the USA. Rather, he posits the existence of a six-party system, with at least three “parties” within each camp—Republican and Democratic. With regard to the Democratic Party, this certainly remains the case. That said, the broader implications of this need to be clarified.

The Republican Party has consolidated into a hard right-wing authoritarian party which supports dictatorship. While there have always been authoritarian tendencies within both parties, it is critical to appreciate the qualitative change we have witnessed. No longer is it appropriate to view the Democrats and Republicans as Tweedle-dee and tweedled-dumb. The Republicans are now the party for dictatorship, and it is highly unlikely that there is a way for them to walk that back.

This means that the electorate which wishes to oppose the authoritarian direction can choose to be independent, Democratic or disengaged. For those who remain engaged, the Democrats will offer a home. The problem that results is that the diversity within the Democratic Party will inevitably expand. Distinguishing oneself from the Republicans will primarily mean one’s stand on the question of democracy and dictatorship. But that distinction, while critically important, will not translate into programmatic unity. As one can see in the current debates surrounding the budget, conservative elements of the Democratic Party are, more than anything, going to assert a neoliberal framework and the necessity to downplay the political, economic and environmental crises we are facing.

If we accept that the Democratic Party is the Un-Republican Party, then we are acknowledging the breath of the differences that will inevitably emerge within that tent. There is no consolidated Democratic Party. Thus, the struggles that we are witnessing should be understood to be not only normal but entirely predictable.

What are the implications? So-called centrist Democrats seek to make the party even more amorphous such that Republican and independent voters can be attracted. They recognize the current Democratic Party, correctly, as a coalition party rather than as a political/programmatic party. They see the future as being based on out-voting the Republicans rather than out-organizing the Republicans, i.e., without building a programmatic bloc with an entirely different vision of the future of the U.S. (and the world).

Thus, one implication is that we should ignore and dismiss the handwringing concerning disputes within the Democratic Party. Those disputes are no different than the disputes that take place in parliamentary systems where there are fights between parties within an electoral coalition. This is why Davidson’s essay remains so relevant.

A second implication is that, within the Democratic Party, if you do not have the votes, you are forced to compromise. Compromise should not be seen as a bad word. It is a recognition of the balance of power. The failure of the so-called Blue Tide to materialize in 2020 left the Democrats with a quandary.  With a tie in the Senate, so much has come down to two Senators, Kyrsten Sinema and Joe Manchin, who are other than progressive. There is very little wiggle room for the Democrats, particularly in light of the refusal of even so-called moderate Republicans, e.g., Susan Collins, to compromise with the Democrats. Pressure on Sinema and Manchin must be applied but at a certain point, the matter comes down to compromise. This is not selling out in the least. It would be selling out if the progressives had the votes and they, instead of pursuing the struggle, backtracked.

A third implication is the recognition of the Democratic Party as a flawed united front against authoritarianism. As the Un-Republican Party, it should garner all those who stand in opposition to authoritarianism, but this should not be mistaken for party-level unity. This unity is temporary and very fragile. It will tend to exist at the level of social issues but not much deeper and certainly not into the realm of foreign policy. It can be important in opposing, at the levels of litigation and legislation, further steps to the right.

Finally, the left/progressive forces within and around the Democratic Party must be strengthened, particularly at the state level. The Republicans have successfully carried the battle for national political power into the states. Their success with voter suppression and now abortion suppression is a testament to their approach. Regardless of the outcome of the 2022 midterm elections, the fight at the state level, including at the level of administrative machinery, will be critical. This means that as important as the Congressional Progressive Caucus is, forces on the Left must prioritize the building of organizations such as the Progressive Democrats of America, Working Families Party, Justice Democrats, and state-based formations that are attempting to build progressive, governing power at the local level.

Bill Fletcher, Jr. is a longtime trade unionist, writer and speaker. He was also a president of TransAfrica Forum.

Organizing Upgrade is a political project in support of the movements for multi-racial democracy. We believe the moment calls for building on many levels: a broad front against white nationalist authoritarianism, driven by a progressive front rooted in communities of color and working-class communities, and within that, a core of anti-capitalist/socialist activists. Support Organizing Upgrade Today