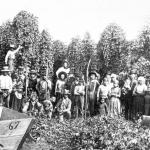 On Indigenous Peoples’ Day — this year on Monday, Oct. 11 — we not only honor the people of the land that we live on, but the work that Indigenous people continue to contribute to our labor history throughout the region.

Indigenous people are more than the first people of Washington, we were the first workers. Treaties removed tribes from their ancestral lands to reservations, including what is now known as the Yakama Nation, in 1855. In the late 1800s onward, migration took place every year by foot, wagon, horseback or canoe bringing thousands of Duwamish, Sammamish, Lummi, Tlingits, and Haidas to the fields.

Indigenous or “Native” laborers were valued by farmers in Yakima for their work ethic and for being Indigenous, and not Chinese, for whom public anti-sentiment was growing strong (result of the Chinese Exclusion Act). This gave them an edge in negotiating wages and working conditions, serving as an example of using race to divide workers, at the benefit of the ruling class.

As hop picking was a time-sensitive operation, farmers couldn’t afford unhappy workers or they would lose their crop. In 1894, workers in the Moxee Valley, almost entirely native Yakama women, stopped working, demanding a 25 cents raise per hop box picked. The farmers raised the pay to $1.12 ½ per box, ending the dispute the same day. Two other recorded protests over the enlarged hop boxes were victorious within a day, major victories for the female Native laborers. (Learn more about this history included in Washington State Labor Council’s Jackson Street Workers Mural and the Race to Labor booklet.)

By contrast, an exclusion ordinance was enacted in Seattle in 1865. It read, “Be it ordained by the Board of Trustees of the Town of Seattle, That no Indian or Indians shall be permitted to reside, or locate their residences on any street, highway, lane, or alley or any vacant lot in the town of Seattle, from a point known as the South side of Chas. Plummer’s ten acre lot to a point known as the South side of Bell’s land claim” (Seattle Weekly Gazette).

This was followed by a second section stating, “All persons having in their employ any Indian or Indians within the corporate limits of said town shall provide lodgements or suitable residences for the said Indians during the time of said employment, on, or immediately attached to their own place of residence” (Seattle Weekly Gazette).

In other words, the Duwamish were not allowed to live in Seattle — unless a non-Indian needed to employ them. Their ability to return to their ancestral lands was not only tied to their employment, but at the determination of white settlers. Exclusion by law and the “othering” of people by race continued through the practice of redlining — impacting Black, Indigenous and people of color in neighborhoods such as the Central District of Seattle and Tacoma’s Division Avenue. (Learn more about MLK County’s “Native American Expulsion Remembrance Day” in articles by Indian Country Today, HistoryLink and Seattle Civil Rights and Labor History Project.) 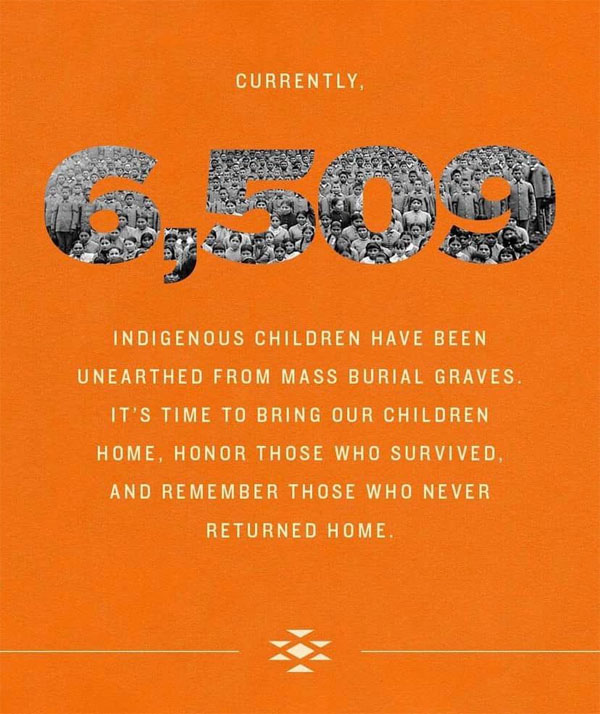 Fast forward to today. We continue to battle racism, COVID-19 and the fact that our world is literally and figuratively on fire. However, my niece and family reminded me in the days leading up to Sept. 30, Orange Shirt Day, that we must speak up about our past and present, as we honor Boarding School survivors and our survival #everychildmatters.

October is also Domestic Violence Awareness Month. COVID-19 has contributed to an increase in domestic violence around the world. For American Indian and Alaskan Native women, the statistics are staggering but for many of us, it is our lived reality that we carry for generations. Over 4 in 5 AI/AN women, men and people have experienced violence in their lifetime, including our youth. In addition, our Two Spirit & LGBTQ+ siblings and disabled family members also fall victim to domestic violence. We bring these lived experiences to school, to work and back home every day — it’s only when we have the space to talk about it, that we can begin to heal. This is a part of the culture shift needed to help our unions and our labor movement some day be those spaces for our members and future members.

On Indigenous Peoples’ Day 2021, we have the opportunity to use a “holiday” for collective learning and collective action. To Indigenous people who must work this day, we thank you and honor your work and your existence. To immigrant workers and families who are also fighting to be seen and heard in places like Yakima, we stand with you as our struggles are connected. I lift my hands in thanks to my family and ancestors who made it possible to share these words, gunałchéesh.

Resolutions declaring the day across the state encourage all people, businesses, organizations and public institutions to learn about, celebrate and support the cultures of Indigenous peoples of our region.

Image from the Jackson Street Workers Mural at the WSLC Seattle office.

WSLC resolutions that were drafted and passed with the support of Indigenous labor leaders:

●  Missing and Murdered Indigenous Women (MMIW): 2019 WSLC Resolution #19 brought attention to the MMIW epidemic in Washington, which has the second-most opened unsolved MMIW cases of any state in the U.S. The city of Seattle has the highest rate of MMIWG as compared to other cities in the United States, according to a study by Urban Indian Health Institute, a project of Seattle Indian Health Board.

●  In Support of Council Fire and Native American Workers: 2017 Resolution #9 states “Native American tribes have a centuries-old kinship with the Indigenous peoples of all North, Central, and South American countries, as they share the same lands for many generations before they were subjected to the practices of genocide and bounties… (and) that the Washington State Labor Council proclaims solidarity with the Indigenous Peoples, the original occupants of the Americas.”

●  Has your union local or committee passed similar resolutions, organized groups or other efforts in support of Indigenous solidarity? Email kperreira@wslc.org as we hope to connect more Indigenous labor leaders across the state to do just that — lead! 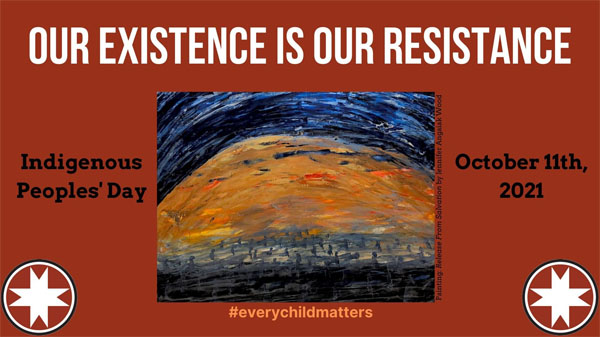 Indigenous Peoples’ Day at United Indians of All Tribes Foundation: