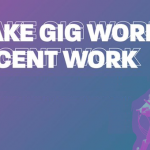 On most days, Doug Ford’s Conservative government in Ontario does not respond well to problems, or it actively makes things worse. If an election had been called a year-and-a-half ago, Ford would have lost. However, when COVID hit, Ford nearly brought Ontario to its knees. Nevertheless, he managed to deceive some into thinking he managed well.

Today, he is barely visible, having prorogued Queen’s Park during September’s federal election to protect his federal Conservative counterparts instead of stepping up to protect Ontarians and help guide our recovery.

Schools are suffering, hospitals and healthcare workers are short-staffed and stressed. Many Ontarians are ashamed that Ford did not declare September 30th a statutory holiday to remember the colonial impact of residential schools. Long-term care gaps have not been addressed, and his government offered minimum wage workers a measly $0.10 per hour increase.

So what are his priorities in the middle of the COVID pandemic? His government has shown that it is ready to attack the rights of Ontarians, whether it is democratic rights – as illustrated by Bill 5 which slashed the size of Toronto City Council in 2018. And they are willing to attack workers’ rights – clearly demonstrated by the announcement on October 7, 2021 that they will reduce money available to injured workers by giving up to $3-billion in WSIB premiums back to employers. What’s next?

Gig workers are essential workers during the pandemic, helping move people safely and keeping the restaurant industry afloat, yet they are denied basic rights at work available to all other employees. What is Doug Ford’s government doing about this?

This past summer, Doug Ford’s Conservative government set up an advisory panel to look at the “future of work.” The Ontario Workforce Recovery Advisory Committee was like the proverbial “if you blinked your eyes, you missed it.” It ran for less than seven weeks, in the height of a COVID summer, with a single website to explain what it was doing, and only one way to participate.

The intent is to legitimize the misclassification of gig workers – basically to say that employers have no responsibility for their app-based workers and that workers have no legal rights. Remember Foodora and the successful fight of Foodsters, the workers at Foodora, who won the legal battle to unionize? Ford’s corporate friends find these rights inconvenient for maximizing profits. It is these types of rights Premier Doug Ford is getting ready to carve out.

In California, the courts recently overthrew a new rule created by Uber that said gig workers were not employees. But as we know from the Bill 5 experience, Ford’s Conservatives will use the notwithstanding clause to get around constitutional rights, if he thinks it is important for his corporate friends and doesn’t think there will be much pushback from voters.

This is an issue for all workers: If Ontario successfully lowers the bar for existing gig workers, employers will look for every opportunity to make all jobs gig jobs, and all workers gig workers.

October 7th was World Day for Decent Work. Gig workers are taking action to demand #MakeGigWorkDecentWork. Together, they created a Bill of Rights that outlines what minimum rights our governments must guarantee to ensure fairness and non-discriminatory treatment for gig workers:1 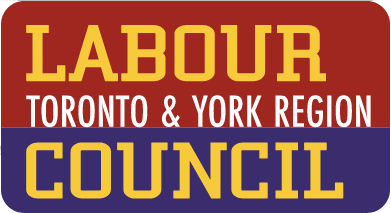 Since 1871, the Labour Council has championed principles which improve the lives of its members and their communities. Today, we work for justice in our workplaces, in our politics, in our communities, and in our world - labourcouncil.ca.