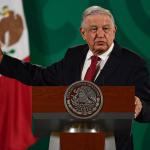 a country where energy prices have quadrupled in the last year, where citizens have taken to the streets to protest, where five corporations manipulate the market in order to gouge customers at will, where said oligarchy holds a gun to the head of a government that has proven virtually powerless to act, and where a constant stream of former leaders and cabinet ministers spin through the revolving door to take up lucrative positions on the companies’ boards of directors.

If you were thinking Latin America, think again; that country is Spain.

However absurd it may seem in the light of recent events, it is precisely this liberalized Spanish energy market that, since its 1997 privatization, has been the model for successive neoliberal regimes in Mexico. It was with resolve to end this creeping “Spainification” that President Andrés Manuel López Obrador (AMLO) sent a package of constitutional reforms to Congress on October 1. If passed, the package would amend Articles 25, 27, and 28 of the Constitution in order to consolidate the role of the public Federal Energy Commission. This would mean its conversion into an autonomous legal entity, abolishing the subsidiaries and commissions that have kept it conveniently hamstrung, and reserving for it the production of at least 54 percent of the nation’s energy supply.

But the wild card in the announcement was what came next: the stipulation that lithium and all other minerals deemed strategic for the nation’s energy transition will come under the control of the state, which is to possess the exclusive rights of exploration and mining. In so doing, the president elevated the ongoing scuffle between the public and private energy sectors to the level of a historic battle.

The decision to include the nationalization measure surprised a number of analysts, who had expected something milder — a “regulated market” or a public-private partnership — for the nation’s lithium stores, potentially the largest in the world. The government itself had sent out mixed signals as to whether lithium was going to be included in this package at all, and had even raised suspicions back in the summer that it was underestimating the quantity of the mineral possessed by the nation in a possible attempt to downplay its significance.

But once the decision was finally made, the message was clear: echoing the words of former president Adolfo López Mateos, who upon nationalizing the electrical industry in 1960 warned that “only a traitor hands over his country to foreigners,” AMLO warned that failure to approve the measure would be tantamount to treason against the nation.

Such language will undoubtedly appear hyperbolic to those who fail to understand the five centuries of foreign pillage of Latin America in general and Mexico’s postrevolutionary sense of nationhood in particular, which is based on the bedrock of energy autonomy. The expropriation of the oil industry in 1938 by President Lázaro Cárdenas, for instance, is often referred to as a gesta, or a heroic deed. When, two decades later, López Mateos took the electrical industry into public control, finance secretary Antonio Ortiz Mena raised the national flag over the facilities of the Mexican Light and Power Company while union representatives marched to the National Palace and escorted the president outside to do the same. When Enrique Peña Nieto’s energy counterreform was passed in 2013, opening the state oil company, Pemex, to the private sector, it occurred in a context of angry demonstrations, with Congress under siege and legislators scuttling away to vote in a separate venue where at least one lawmaker stripped down to his skivvies in protest.

Keenly aware of this history, and in search of the two-thirds majority needed to pass constitutional reforms, AMLO is looking to split the conservative electoral alliance Va por México — made up of the Revolutionary Institutional Party (PRI) and the National Action Party (PAN) — neatly down the middle. The strategy is devilishly simple: by framing the package as a new gesta, he will effectively be daring the PRI to vote against a measure that possesses a strong emotional appeal to the nationalist elements in the party’s own past before its lurch to the right in the 1980s.

In doing so, he may well wind up splitting the PRI itself down the middle. Awash in corruption and squeezed between MORENA on the center-left and PAN on the right, the once untouchable party of state is rapidly losing its raison d’être in the Mexican political system. Now, with the nationalization of lithium on the table, the party is being checkmated into an existential dilemma: vote in favor and deliver MORENA a massive victory in the run-up to the next presidential cycle, or continue to yoke itself to an increasingly far-right PAN, immersed in a death-spiral flirtation with the neo-fascist Spanish party Vox. As for Va por México, its leaders have been scrambling to assure the public — and themselves — that the coalition is indeed “firm.” Somehow, pictures of their smirking faces around a conference table have failed to convince.

Fundamental as the nationalization of lithium is for national energy sovereignty, there is a catch: while future production of the mineral is to be reserved for the state, existing concessions will be respected if licensees can prove that they are actually in use rather than, as if often the case, being sat on for purposes of speculation. In practice, this would appear to be the case for only one company: the UK’s Bacanora Lithium, with its sizable 250,000-acre concession in the state of Sonora. Bacanora, which was awarded the concession under highly questionable circumstances by the government of Enrique Peña Nieto, will be partnering in the venture with China’s Ganfeng Lithium, an important supplier for Elon Musk’s Tesla. This could prove to be a highly problematic wedge for increased private activity in the future, and illustrates the dangers of not wiping the slate completely clean for a state initiative operating in the public interest.

How to Game the System in Three Easy Steps

Another area of abuse that AMLO’s reforms take aim at is the independent commercial production of energy. Perverting the principle of autoabastacimiento, or “self-supply,” the system has become a neat scam that has allowed corporations to create a subsidized parallel energy network. Here’s how it works.

Step one: Private suppliers generate electricity, both fossil and renewable, that the Federal Electricity Commission is forced to buy, even if it means bottling its own production. Thanks to sweetheart contracts signed by previous administrations, the energy is sold to the government at a cost that is higher than what is charged to consumers, generating an initial subsidy from the same federal commission that, in theory, is supposed to be competing against them.

Step two: Large corporations create legal partnerships with energy producers (such as Spain’s Iberdrola and Italy’s Enel) for the symbolic sum of a peso or a dollar in order to qualify for all of the benefits accruing to “self-suppliers.” Meanwhile, the cost of transmitting said energy among all of the pseudopartners is dumped onto the public grid — a second round of subsidies. This has had the predictable effect of benefiting those at the top of the pyramid, allowing Walmart, for example, to pay nearly three times less in electricity than the going rate, gobbling up competitors with all the more voracity on the road to becoming Mexico’s largest private employer.

Then there is the case of the OXXO chain of convenience stores, owned by Femsa, in which individual stores pay 65 percent less than the standard rate, allowing them to crank the refrigerators all night long while the mom-and-pop stores they are replacing are forced to pay the full price per kilowatt. The entire complement of subsidies, from production to transmission to lost revenue, is estimated to have cost some $471 billion pesos (US$23 billion) since the counterreforms of 2013, enough to have vaccinated the Mexican population against COVID ten times over. In Mexico, not only do to the rich avoid taxes; they don’t even pay their electricity bills.

Step three: Dress the private cannibalizing of the public grid as a heroic crusade for green energy against a government determined to turn back the clock. Forbes Mexico gushes over the efforts companies have selflessly made to power themselves with renewable energy, while darkly warning that AMLO’s energy reform will unleash price hikes, inflation, a loss of competitiveness, and the bankruptcy of the “self-supply” power plants which apparently just won’t be able to make it without their lucrative side gigs. For renowned environmental leader Citibanamex, owned by Citigroup, the reform will discourage investment in renewable energy and ignore international commitments on climate change. Coming from the institution that invested $48.4 billion in fossil fuels in 2020 alone, its concerns are truly heartwarming.

Beneath all the greenwashing and concern trolling, the underlying goal of Big Energy is to turn Mexico once again into New Spain, placing it under the control of the same energy oligarchy that is crushing consumers across the Iberian peninsula (and, indeed, the rest of Europe). Under this model, the Federal Electricity Commission would be turned into an empty husk, forced into buying all its energy from easily manipulable “auctions” while having to pick up the tab for — or pass on to consumers — the volatile price hikes that would result.

And if anyone dared to complain, companies could simply threaten to pull out of the country and leave everyone in the lurch. With the withering of public production and the possession of critical generation capacity in private hands, there would be little anyone could do to stop this oligarchy from triggering massive blackouts at will until it got what it wanted: price hikes, coups, what have you.

To be truly successful, however, AMLO’s energy reforms will need to go beyond a centralist model to embrace the democratization of energy throughout Mexico. To that end, they should be paired with the constitutional reform on indigenous and Afro-Mexican rights, currently under discussion, in order to recognize indigenous communities as sujetos de derecho público, or “bearers of public rights.” In practice, this would mean throwing the full weight of the Constitution behind autonomous forms of government, communal landholding, and — crucially — the right of indigenous peoples to control their own natural resources and mineral wealth.

These necessary steps toward creating a plurinational state should be combined with programs to encourage the community generation of renewable energy everywhere — while coming down hard on any attempts to reestablish a parallel black market. In these ways, lithium and other minerals will not simply be ripped out of the earth to continue to feed transnational value chains and an unsustainable capitalist maw, but can instead facilitate local development centered around a social, rather than mercantile, logic. In so doing, a historic reform that is fundamental for reclaiming Mexican sovereignty can be transformed into one that distributes power — electric and otherwise — to the entire nation.

[Kurt Hackbarth is a writer, playwright, freelance journalist, and the cofounder of the independent media project “MexElects.” He is currently coauthoring a book on the 2018 Mexican election.]