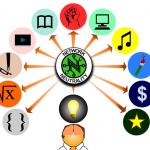 If your stories do not include the notion of a ticking clock, then the climate crisis is just a political topic among other topics, something we can just buy, build or invest our way out of.

It's a Cancer Says AOC  By Tim Levin, Insider

The bedrock of the political media ecosystem is the Washington gossip rags that are quite literally “presented by” a rogues gallery of corporate villains trying to buy politicians and kill the reconciliation bill.

Net Neutrality is Back On the Table

The FCC will finally have the Democratic majority it needs to bring back Obama-era net neutrality rules, which have become a hugely divisive issue between Democrats and Republicans.

The Basic Problem of Platform Politics

By Russell Brandom
The Verge

There was a time when a country-wide blockade of Facebook would have been unthinkable. But Facebook is so toxic in US politics that it’s hard to imagine a president lobbying foreign countries on its behalf.

Several journalists have condemned The Wall Street Journal for publishing an op-ed by former President Donald Trump peddling lies about the veracity of the 2020 presidential election — including some journalists at the newspaper itself, who have worked diligently to fact-check the former president in their own work.

if we go to the core of what is at stake when we talk about international digital architecture, we see that it is a whole system that is self-regulating and self-assembling in order to be able to exercise digital capitalism.

TikTok Says Yes We Can

The idea that we need permission to celebrate ourselves, to indulge in self-care, has become something of a running theme among several of TikTok’s most popular trends this fall.

The Real Meaning  By John Feffer, Foreign Policy in Focus

An Architecture of Oppression  By Jerry Elengical and Anmol Ahuja, STIRworld

The Fox News star came under fire for framing the Trump-incited Capitol attack as a false flag operation, with colleague Geraldo Rivera calling “bullshit” and Liz Cheney urging Rupert Murdoch to step in.

A committed copyleft activist, he led campaigns against patent trolls and fought for open access to research. He campaigned globally for freedom of expression and access to knowledge, and his powerful articles helped define many of these issues for a global community of digital rights activists.