Methane's Big Moment - What's behind those big cuts to methane emissions at COP26? 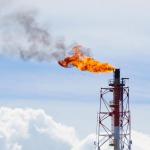 Today, at COP26, the European Union and the United States officially launched the Global Methane Pledge. Countries that join the pledge will commit to reducing global methane emissions by at least 30 percent of 2020 levels by 2030, with a particular focus on high emission sources.

But over the past year, attention has been shifting to methane, and for good reason. Methane is 80 times more powerful than CO2 emissions when it comes to trapping heat in the atmosphere, which contributes to global warming. And COP26 aims to keep temperature increase to 1.5 degrees Celsius (2.7 degrees Fahrenheit).

According to the latest Intergovernmental Panel on Climate Change (IPCC) report, methane emissions caused an estimated third of modern global warming since the pre-industrial era. The IPCC report found that methane emissions have risen sharply and are higher now than at any point in the past 800,000 years. That’s the bad news.

The good news is that methane emissions are shorter-lived than CO2. Methane emissions tend to break down over a decade, whereas CO2 emissions need centuries. So a quick reduction of methane could help limit global temperature increases. Recognizing the opportunity, action is now afoot in the EU, the US, and other countries to rein in methane.

Many roads to reducing methane

Major sources of methane emissions include fossil fuels, like coal, petroleum, and gas (particularly flaring and leaks from oil and gas wells and pipelines). One way to reduce methane would be to stop the construction of new gas-fired power plants and to ensure that leaks in existing gas plants, pipelines, and wells, including abandoned ones, are reduced and capped.

Gas is the focus of many plans to reduce methane emissions. Cities are tackling the problem by cutting off the market for gas. In 2019, Berkeley, California, became the first US city to ban gas, by stipulating that all new buildings have to be electrified. Forty-two cities have followed suit.

Local and state governments have been cutting into fossil fuel use in another way: by not creating new power plants. Last week, New York’s Department of Environmental Conservation denied permits to build two new power plants, stating that building them would run counter to its commitments to reduce greenhouse gases to 40 percent of its 1990 emissions by 2030.

As to the Global Methane Pledge, as of this writing, 105 countries participating in COP26 have already signed on, agreeing to cut methane emissions by at least 30 percent by 2030.

Dovetailing with this initiative, the United Nations Environment Programme (UNEP) established the International Methane Emissions Observatory (IMEO) at the G20, which released its first report on Sunday. IMEO will help to reduce methane emissions by gathering data globally on methane, which will support efforts to regulate it.

At the announcement of the Global Methane Pledge, EU officials emphasized that reducing emissions from methane plays a major role in its ambitious greenhouse gas emissions reduction goal of 55 percent of its 1990 emissions by 2030. The EU plans to propose legislation that will limit venting (the intentional release of gas) and flaring (the intentional burning of gas) by oil and gas companies, and to impose requirements on companies to detect and repair leaks in their infrastructure.

At a press briefing at COP26, today, President Biden announced two new rules to create tougher rules around methane in the US. In April, Congress restored methane regulations from the Obama era but those only apply to new facilities. One new EPA rule will expand these regulations to existing oil and gas pipelines. The other new rule through the Department of Transportation will reduce leaks in gas pipelines.

The problem with biomethane

The EU considers methane produced from natural matter, such as food waste, manure, and sewage, as “biomethane” and therefore a “renewable natural gas.” The EU is the biggest producer of biogas with most of it produced from crops and animal waste. China is the second-largest producer of biogas, mainly derived from animal manure and municipal waste. The US is the third-largest producer, deriving 90 percent of its biogas from landfills followed by municipal wastewater. For the remaining production, which amounts to about half and encompasses the rest of the globe, Thailand and India are large producers in Asia and Argentina and Brazil in South America.

Renewable gas sounds nice. (See this article in Science Direct for how naming gases influences perception of them.) It is creating an energy source from waste. But is it really such a good move?

Unfortunately, renewable gas may not be quite as good as its proponents argue it is. Numerous reports, including a 2020 report from Earthjustice and the Sierra Club, have found four major problems with it:

2. Availability: RNG can replace only 13 percent of existing demand for fossil gas.

3. Carbon intensity: As Heather Price, professor of chemistry at North Seattle College, put it in a recent interview, methane is a gas that wants to escape. Its leak rates alone make it not viable as a clean energy source.

4. Greenwashing: RNG can be used to justify continued use of gas infrastructure that would otherwise be retired.

At the end of the day, the main task at COP26 is to reduce greenhouse gas emissions, both CO2 and methane. In the US, the largest sources of methane are fossil fuels (37 percent, with 30 percent from gas and petroleum and 7 percent from coal mining) followed closely by agriculture (36 percent, with 27 percent from fermentation as a byproduct of ruminants digesting their food, a.k.a. belching cows, and 9 percent from livestock manure).

Biden’s new commitments to reduce methane emissions are a promising signal. The new laws he has put forward could curb methane emissions in the US. And the Global Methane Pledges could help to limit global warming to the goal of, as island nations put it, “1.5 to stay alive.”

[Tina Gerhardt is an environmental journalist and an academic. She covers climate change, sea level rise and energy policy with a focus on social and environmental justice. Her writing has been published in Grist, The Nation, The Progressive and the Washington Monthly, among other venues. You can follow her on Twitter @TinaGerhardtEJ.]