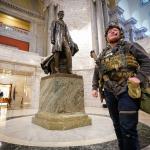 In the opening scene of “The Last Duel,” the new film set in 14th-century France, a herald announces the rules for conduct at a tournament to the death. He declares that no members of the public – whatever their social background – are allowed to bring weapons to the event.

This scene might seem far removed from 21st-century America. But medieval weapons laws – including a 1328 English statute prohibiting the public carry of edged weapons without royal permission – are at the center of dueling legal opinions in a case now before the U.S. Supreme Court, New York State Rifle and Pistol Association v. Bruen.

The plaintiffs are challenging New York’s “proper cause” gun law, which tightly restricts public carry of firearms. If they win, similar laws in several other states will be called into question. That means that concealed carry licensing laws could be broadly liberalized for millions of Americans currently living in those more restrictive jurisdictions.

Few people realize how big a role history has played in the battle over gun rights – the topic of a 2019 collection of essays, “A Right to Bear Arms? The Contested Role of History in Contemporary Debates on the Second Amendment,” that I co-edited with Smithsonian Museum of American History curators Barton Hacker and Margaret Vining.

The book explores how courts in the United States have turned to history for instruction in how guns should be treated – decrees, laws and interpretations of the past that are at the forefront of the case before the Supreme Court today.

Scalia points to the English Bill of Rights

The United States legal system grew out of the English legal tradition. This connection – which is often referenced by originalists – is crucial to making sense of the arguments around gun rights in America today.

Originalism is a legal philosophy that attempts to interpret legal texts, including the Constitution, based on what lawyers think is their original meaning.

An important victory for gun rights advocates took place in District of Columbia v. Heller. In that 2008 decision, the Supreme Court for the first time ruled that the Second Amendment protects an individual right to possess a firearm for personal self-defense in the home. 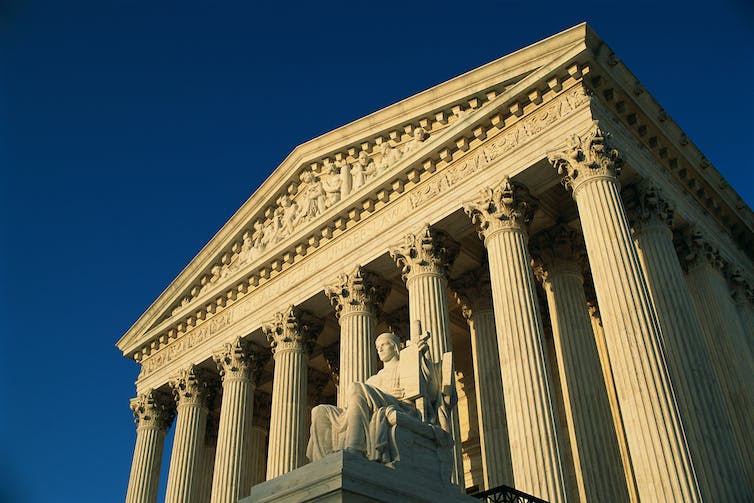 Justice Antonin Scalia, author of the 5-4 majority Heller opinion, claimed that there was a long tradition of the English state’s granting freedom to possess weapons dating back to the 1689 English Bill of Rights, which includes a clause that reads “the subjects which are Protestant may have arms for their defence suitable to their conditions and as allowed by law.”

Scalia’s argument relied heavily on the work of historian Joyce Malcolm, the author of “To Keep and Bear Arms: The Origins of an Anglo-American Right” and a Second Amendment scholar at the Antonin Scalia Law School at George Mason University. Malcolm and lawyers who support the expansion of gun rights argue that this clause created the legal basis for having weapons for personal self-defense in Colonial America.

Having prevailed in Heller, gun rights activists are seeking the liberalization of restrictions on public carrying of guns outside the home. In the New York case, some lawyers and other parties are now arguing that medieval statutes restricted only public carry that “terrified” the public, and that such statutes were never actually enforced to prevent “normal” public carry.

However, most scholars of English and American history vigorously dispute the accuracy of this claim. In fact, since the Heller decision, the history of firearms regulation in England and the U.S. has been the focus of what Fordham University law professor Saul Cornell has called an “explosion of empirical research.”

Many of these findings appear in an amicus brief presented to the Court in New York State Rifle and Pistol Association v. Bruen.

Signed by 17 professors of law, English history and American history – including me – the brief demonstrates through a review of historical evidence that “neither English nor American history supports a broad Second Amendment right to carry firearms or other dangerous weapons in public based on a generic interest in self-defense.”

It highlights 700 years of trans-Atlantic weapons regulations, from the English tradition of restricting public carry through the American tradition of doing the same.

The brief makes clear that limitations on the public carry of dangerous weapons, including firearms, are a centuries-old legal and cultural norm.

Early royal proclamations dating as far back as the 13th century regularly prohibited going armed in public without special permission. In 1328, the Statute of Northampton banned the public carry of swords and daggers, open or concealed – this was before the invention of firearms – without express permission from the authorities.

As legal scholar and historian Geoffrey Robertson, an expert on the English Bill of Rights, put it: “There was never any absolute ‘right’ to carry guns. As the Bill of Rights (1689) made clear, this was only ‘as allowed by law.’” 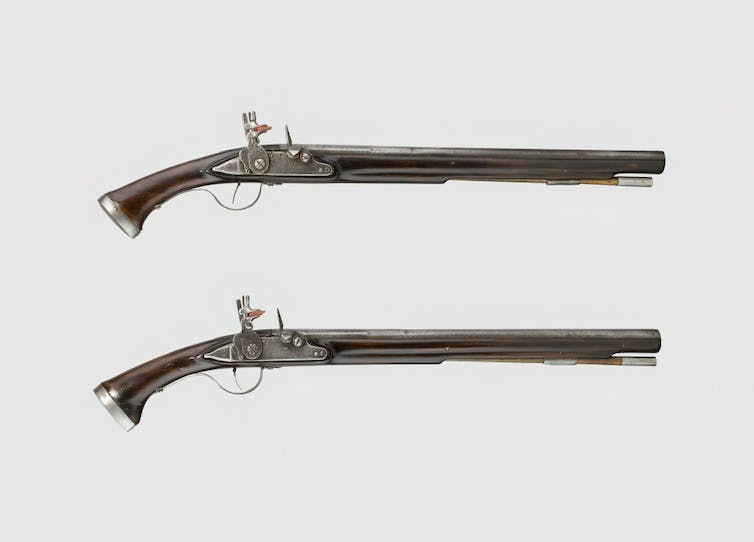 A pair of flintlock pistols that were common in 17th-century England. Heritage Art/Heritage Images via Getty Images

The English tradition of broad public carry restrictions continued across the Atlantic into the Colonies.

During periods of heightened risk of attack, some Colonies required certain individuals to carry guns to church or when working in fields away from fortified or populated areas. However, this obligation was not understood as establishing a right to carry firearms in public.

After the American Revolution, states continued to adopt regulations echoing the Statute of Northampton. Recent scholarship has uncovered that early-to-mid-19th-century firearms regulations varied considerably by jurisdiction and geography, but 19 states had restrictions for public carry on the books.

After the Civil War, as the lethality of firearms increased exponentially through technological advances, municipalities and states like Texas imposed even broader public carry prohibitions.

By 1900, there was a legal consensus that states and localities generally had the authority to limit public carry. While the American approach to public carry restriction was fluid – varying across time and jurisdiction based on social and political changes – there is a consistent history and tradition of many American Colonies, states, territories and municipalities imposing broad prohibitions on carrying dangerous weapons in public, particularly without a specific need for self-defense.

So how did a 1689 English Bill of Rights that never gave any absolute right to carry guns turn into a key justification for that very right in the U.S.?

Patrick Charles, the author of the 2019 book “Armed in America: A History of Gun Rights from Colonial Militias to Concealed Carry,” argues that pro-gun advocates have selectively interpreted the historical record to justify a personal right to possess and carry weapons in public.

Essentially, they invented a tradition.

[Over 115,000 readers rely on The Conversation’s newsletter to understand the world. Sign up today.]

“Invented traditions,” a concept highlighted in the 1983 book “The Invention of Tradition,” which was edited by historians Eric Hobsbawm and Terence Ranger, are cultural practices that are thought to have emerged from long ago but actually are grounded in a much more recent past. A classic example is the Scottish tartan kilt, once believed to derive from the ancient garb of the Scottish Highlanders but actually invented in the 18th century by an Englishman.

The “individual right” to carry firearms in public seems to be another.