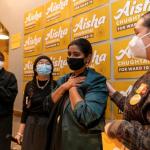 The genuinely inspiring India Walton mayoral campaign deservedly got the lion’s share of attention leading up to and following last week’s elections. Her loss last week came as a shock. But this intense focus has obscured the significant gains socialist and socialist-allied candidates made that day in other cities. In all, twenty-three of the thirty-three candidates endorsed by Democratic Socialists of America (DSA) that were on the ballot on Tuesday won their elections.

Maybe the biggest wins came in the Massachusetts city of Somerville, where four of Boston DSA’s seven-person-strong slate for city council won, with Charlotte Kelly and Willie Burnley Jr winning two at-large elections and J. T. Scott and Ben Ewen-Campen securing reelection. It falls short of DSA’s ambition to make it the country’s first socialist-majority city but puts the city in a better position to deal with its affordable housing crisis.

The victory of these self-described “sidewalk socialists” builds on a wave that began in 2017, when Our Revolution, the organization formed from the ashes of Bernie Sanders’s 2016 presidential campaign, ran five candidates for the council and endorsed four incumbents, with all nine winning. That included Scott and Ewen-Campen, Boston DSA members at the time. Socialists took it home elsewhere in Massachusetts, too, with Kendra Hicks winning her campaign for Boston City Council, and Quinton Zondervan winning reelection to the Cambridge City Council.

In Minneapolis, all three Twin Cities DSA members running for the thirteen-member city council won their races. Jason Chavez and Aisha Chughtai both handily beat their opponents for open seats, while Robin Wonsley Worlobah beat a sitting Green Party incumbent and narrowly edged out a third opponent who’d been endorsed by the Star Tribune. Though much of the conversation focused on policing in the city — and the winners backed the failed ballot measure to replace the city’s police with a department of public safety — these candidates identified housing affordability as a key issue for constituents.

The town of Hamden similarly elected Connecticut’s first socialist slate in sixty years, with all three Central Connecticut DSA members running for office coming out on top. Abdul Osmanu and Justin Farmer won election and reelection, respectively, to the town council, while Mariam Khan became the town board of education’s youngest-ever member.

More high-profile were the socialist wins in New York. There, Alexa Avilés won the Thirty-Eighth District seat for the New York City Council, and Tiffany Cabán won the Twenty-Second District seat representing Astoria, only two years after a recount reversed her fortunes and left her fifty-five votes short of the Democratic nomination for Queens district attorney. The two will make up only a fraction of the body’s fifty-one members but represent a growing socialist foothold in one of the country’s most politically powerful states.

Democrats similarly swept the Allegheny County, Pennsylvania, council races, where the DSA-endorsed Anita Prizio won reelection with 54 percent of the vote. Xander Orenstein, also backed by DSA, became the first nonbinary member of the US judiciary by winning their seat on the county’s Magisterial District Court, where they’ve pledged to use their power to protect tenants from eviction.

It wasn’t only blue states. The DSA-endorsed Danny Nowell won his race for town council in the North Carolina town of Carrboro, while Richie Floyd, teacher and Pinellas County DSA member, edged out his opponent by two points to take a seat on the St. Petersburg City Council. Through grassroots organizing and small-dollar fundraising, Floyd out-fundraised and beat a former councilman who received funding from PACs and developers; Floyd had run on a pledge to improve public housing and strengthen tenants’ rights.

Beyond socialists and candidates endorsed by them, progressives notched wins, too, perhaps most notably Michelle Wu in the Boston mayoral race. Though Wu, a protégé of Elizabeth Warren, is no socialist, she ran on a platform of rent control; a municipal Green New Deal; free public transport; police reform; and replacing the city’s unaccountable, developer-focused development agency with a city planning department.

Wu, who served the last seven years on the Boston City Council, won with 64 percent of the vote by cobbling together a different winning coalition than previous successful mayoral candidates, beating a centrist opponent married to a real estate developer.

The Sanders and Walton races were bold plays to take power from the top end first. But the patient, gradual work of building power from the bottom up is carrying on apace.

Though decarceral candidates and measures have had mixed success recently, progressive prosecutors have won several victories. Philadelphia district attorney Larry Krasner cruised to a second term by a more than two-to-one margin against a tough-on-crime Republican challenger. In Manhattan, civil rights lawyer Alvin Bragg became its first black attorney general, promising leniency for low-level crimes and protection for tenants and workers. Elsewhere, a slate of progressive judges won in Allegheny and Missoula Counties, though they were held off by incumbents in Atlanta. 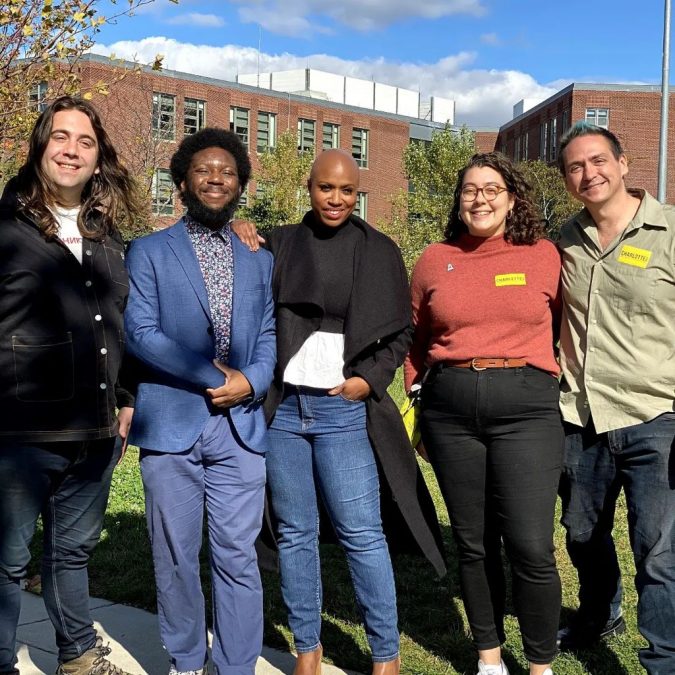 Finally, looking beyond the individuals elected to office, long-standing left-wing policy wish lists were advanced through ballot measures across the country.

To be sure, there were high-profile defeats, with Minneapolis’s public safety department measure maybe the most notable. Voters in Bellingham, Washington, also rejected two of four measures that were endorsed by DSA, namely a rent control measure and one requiring employers to pay $4-an-hour hazard pay and compensate workers for sudden schedule changes. (The measures banning facial recognition and predictive technology for police and banning city funds from discouraging unionization passed, however.)

But these were arguably outnumbered by the major victories. Tucson — the hometown of Arizona senator Kyrsten Sinema, famous for gleefully voting against raising the federal minimum wage to $15 earlier this year — voted 65 percent in favor of gradually raising its minimum wage to that figure. It’s the second Arizona city to do so after Flagstaff and adds to the more than seventy cities, counties, and states that raised their minimum wage in 2021, a record number since the Fight for $15 movement began in 2012.

In Minneapolis and St. Paul, voters backed separate rent control ballot measures. Minneapolis’s merely authorizes the city council to draft a rent control ordinance, an increasingly likely possibility with the victory of three socialists to the council (though rent control is opposed by its current mayor). St. Paul, on the other hand, put a strict 3 percent yearly cap on most rent increases that won’t change with inflation. The measures were fiercely opposed by businesses, landlords, and the wider real estate industry.

And while Minneapolis’s public safety department idea was shot down, measures enacted elsewhere will advance the cause of combating mass incarceration. Austin residents defeated a measure that would have poured up to $600 million into the city’s police department over five years, mandating two police officers for every one thousand residents, with a whopping 69 percent voting against it (DSA endorsed the “no” vote). Detroit voters decriminalized hallucinogenic mushrooms and entheogenic plants, and measures decriminalizing marijuana in Ohio were approved and defeated by seven different cities each.

Like any election, Tuesday’s results were full of bitter disappointments for the Left. Yet there is much to be encouraged by in the results, which approved measures and handed power to candidates all over the country focused on rolling back mass incarceration and dealing with a growing housing affordability crisis, among others.

And despite high-profile defeats in recent years — from Bernie Sanders and India Walton, to, not long ago, the now victorious Tiffany Cabán — Tuesday’s results show that the socialist left is continuing to incrementally grow its presence in the halls of power. The Sanders and Walton races reflected bold plays to take power from the top end first, inspiring and pathbreaking insurgent campaigns that the Left should keep pursuing. But the patient, gradual work of building power from the bottom up is carrying on apace.