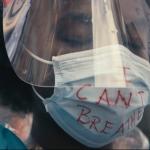 At this time in 2020, there was exactly one feature-length film about COVID-19: Hao Wu’s “76 Days,” a bracing vérité portrait of the Wuhan lockdown that contrasted the chaos inside four of the city’s hospitals with the funereal quiet that blanketed the empty streets outside. A year later, every film so inevitably seems like it’s about the pandemic in one way or another that actual documentaries on the subject risk leaving a strange aftertaste of redundancy; an unavoidable side effect when it comes to a crisis that every potential viewer on the entire planet has lived through, at least to a certain extent.

Matthew Heineman’s “The First Wave” strives to close those gaps with simple, brute-force strength. Plunging viewers inside one of New York City’s hardest-hit hospital systems at a time when the Empire State had more COVID deaths than any whole country on Earth, Heineman’s pandemic film is every bit as visceral and harrowing as you might expect from someone accustomed to making documentaries that he may not survive (his previous subjects include Mexican drug cartels and ISIS-controlled Syria). But if the warzone-like prologue of his latest project — in which a very sick patient video-chats with his family via the hospital iPad before dying in the middle of a hallway just a few minutes later — anticipates a film that’s told at a toe tag remove, the rest of “The First Wave” derives its staggering emotional power from a more close-up mode of portraiture.

Bringing Heineman’s signature point-of-view to an unexpectedly intimate profile of three essential workers as they wage the fight of — and in some cases for — their lives, “The First Wave” eschews the broader horrors of the situation in order to Zoom in on a small handful of people, rescue the pandemic from the brink of abstraction, and shrink it back down to a human scale. If Heineman always goes straight for the heart of the matter, this time he goes for our hearts, too.

“The First Wave” is bookended by a cacophony of overlapping EMT calls; there are eight million COVID stories in the naked city, and these are just a few of them. And while Heineman obviously had no way of knowing which patients to follow when his skeleton crew was granted access to the Long Island Jewish Medical Center in March 2020, identifying the right doctor couldn’t have been easier.

Physician Nathalie Dougé immediately offers herself as the movie’s spine, and her presence — tireless but exasperated — provides a clearer look through the eye of the storm than Andrew Cuomo’s occasional narration (lifted from his press conferences) ever could. A first-generation Haitian American who never loses sight of the bigger picture despite the intense personal responsibility she feels for her patients, Dr. Dougé balances her relatable hopelessness with an almost superhuman resolve. Her anger at the cruelty of the virus and the disparity of its victims unlocks an entire spectrum of emotions for Heineman to explore, and her ability to remain so good at her job despite grappling with the limitations of her power only makes her more heroic. “Before I felt like I was saving lives,” she says at one point, retreating from the camera with tears in her eyes. “Now I just hope and pray that this shit doesn’t happen to you.”

Unfortunately, it’s already happened to so many other essential workers. The other two Heineman focuses on caught his attention for obvious reasons, and both presumably earned their spotlight here because of their brutal 12-round fights against this stupid fucking plague. 36-year-old NYPD school safety officer Ahmed Ellis is somehow charismatic even when he’s in a respirator-induced coma, and his journey back home to his wife and their two children is an absolute heart-wringer. Heineman’s narrow focus allows him to have a camera in the room with Ellis as his stats crash and come back to life. Not only does “The First Wave” let us share in a number of Facetime conversations between Ellis and his wife Alexis, the film also takes the time to jump through that iPad screen and feel the virus’ toll from the other side. It’s not a particularly sophisticated technique, but no previous COVID doc has so patiently sifted through the awful logistics of loving someone in quarantine.

Even more unbearable is the situation regarding Philippines-born nurse Brussels Jabon, who became gravely ill with COVID when she was nine months pregnant. We meet her in the aftermath of her emergency C-section, as she remains on a ventilator while her infant is quarantined in the NICU and her boyfriend is stuck at home. It’s no mystery why hospital staff became so personally invested in Brussels’ survival, but the emotional immediacy of her story is crucial to Heineman’s film; in a different context such a dramatic example might pull the focus away from less “E.R.”-worthy cases of the virus, but “The First Wave” is valuable because of its tear-jerking tendencies, not in spite of them (you will cry every single time someone pulls out an iPad).

We may only have so much need or patience for more COVID documentaries at this point, but in a sub-genre so far defined by Wiseman-esque acts of witnessing and how the hell did this happen? postmortems, “The First Wave” is such a valuable addition because of its body-shaking wallop. While H. Scott Salinas and Jon Batiste’s morose string score helps set the mood, Heineman doesn’t have to belabor the point in order to move his audience. On the contrary, he only has to hold his gaze — to refocus our attention on the human toll this virus took on us, and reiterate why it’s possibly even more dangerous now that so many people are tempted to think about it in the past tense or as someone else’s problem.

That phenomenon is as much a survival mechanism as it is a moral dilemma, and “The First Wave” threads the needle between those two separate forces — particularly as the calendar flips to May 2020, and Dr. Dougé takes to the streets in the aftermath of George Floyd’s murder. Heineman only has so much bandwidth to focus on the protests, but the rage and bloodied frustration that Dr. Dougé channels along the barricades is raw enough to reflect the film’s broader fight against numbness.

This is a documentary that unashamedly wants to light up our emotions; it wants to rekindle the fires inside of us that may have burned out after being exposed to so much preventable death; it wants us to feel a sliver of the same fury and impotence and eventually, occasionally, mercifully, even the same catharsis that frontline workers were confronted with every day when this nightmare was at its worst. If anything, Heineman is almost too restrained in his approach. Too afraid that he might push things too far and make us numb to it all over again. One particularly grim sequence follows a body bag from the ICU to a morgue truck parked outside the hospital, but that journey — perhaps too long to play out in real-time — is edited in a way that makes it all too easy to lighten the burden of what it’s showing us.

“The First Wave” is more effective when it forces viewers to sit with the weight of what’s been lost. Not only because it leaves us even more grateful for the lives that Dr. Dougé and her colleagues are able to save, but also because it underscores the enormity of all that we haven’t allowed ourselves to grieve. It’s hard to predict what value this documentary will retain in the future (or if it will just disappear into the content void, where history streams a mile wild and a millimeter deep), but it’s safe to assume that it will never be more urgent than it is right now, in a country exhausted by its overlapping tragedies, when so many people of all stripes could use a shot in the arm to remember what’s at stake.

"First Wave" Is currently screening in theaters.  It will soon be streamed on Hulu.