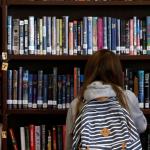 A bill proposed by a Republican state senator in Oklahoma would empower parents to have books that discuss gender identity removed from public school libraries—a measure that rights advocates warned could have life-threatening consequences for LGBTQ+ children across the state.

Under Senate Bill 1142, introduced earlier this month by state Sen. Rob Standridge, just one parent would have to object to a book that includes discussion of "sexual perversion, sex-based classifications, sexual identity, or gender identity" and other related themes in order to begin the process of removal.

Upon receiving a written request to remove a book, a school district would have 30 days to eliminate all copies of the material from circulation.

In a provision that appeared inspired by S.B. 8 in Texas—the law that deputizes any citizen and entitles them to a financial reward if they successfully sue someone for aiding a pregnant person in obtaining abortion care—parents will be able to collect $10,000 per day for as long as the book in question remains in library.

They could also be entitled to compensation for court and attorneys' fees, according to Newsweek, if the district refuses to remove the book and the case proceeds to court. School librarians could also be fired for keeping the book on shelves and barred from working in public schools for up to two years.

Democratic state Rep. Jacob Rosecrants called the proposal "asinine," but told the McAlester News-Capital he believes that bill has the potential to make it to the governor's desk in light of the Republican Party's pursuit of similar legislation in other states, including at least one proposal that's been passed into law limiting how teachers can discuss race and gender.

"I think it's just trying to feed into the fearmongering that it looks like the GOP really is going for here," Rosecrants told the local outlet. "It blows me away."

Even if the bill is voted down, Morgan Allen of Oklahomans for Equality told the News-Capital, the public condemnation of such material by a state legislator is "absolutely harmful" to young people in Oklahoma, where one in four LGBTQ+ youths report having attempted suicide, compared with 7% nationally.

"These books are there to give our kids the language that they need to express how they are already feeling, and that's it," Allen told the newspaper. "These books are not there for anything else other than to affirm and show the kids their love for who they are, and that there are other people out there like them, that they are not alone. And if we take those books away from their libraries, then we're saying that their schools and the people who are in those schools don't see them for who they are, and that they are alone in those schools."

S.B. 1142 is one of several  "education gag orders" that are moving through state legislatures, Dr. Jeffrey A. Sachs of Acadia University noted on social media. Such proposals, which Republicans have fashioned both as attacks on LGBTQ+ students and on classroom discussion of racial injustice and U.S. history, "increasingly include a private right of action," Sachs said.

New Hampshire's S.B. 2, which has been passed into law, allows "any person claiming to be aggrieved" by school discussions of race, sex, or gender to file a civil suit against the school in question.

Lawmakers in Missouri plan to take up a proposal next year which would allow private citizens to sue schools if they fail to promote "an overall positive... history and understanding of the United States."

"If found guilty, a school would be required to pay the plaintiff's legal fees and up to $1,000 in civil penalties," Sachs wrote at PEN America last week.

The slew of "education gag orders" represent "a madness that, at its core, is about putting the paralyzing fear of god into teachers, school districts, and local officials," tweeted Sachs.

The proposals "present themselves in the guise of so-called 'Parents' Bills of Rights'," Sachs added, using a term applied to a law pushed by Florida Republicans and signed last year by Gov. Ron DeSantis. "But don't be fooled. They are about fear."