The Birds of Washington (Aves Politicae) 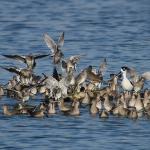 For those to whom ornithology is a multisyllabic mystery, I offer a description of some of the birds you are likely to spot at this time in the Washington, D.C., area, home to more than its share of “rare birds.” Keep your binoculars close by, since a few of these fowl are apt to flit away quickly when observed too closely. 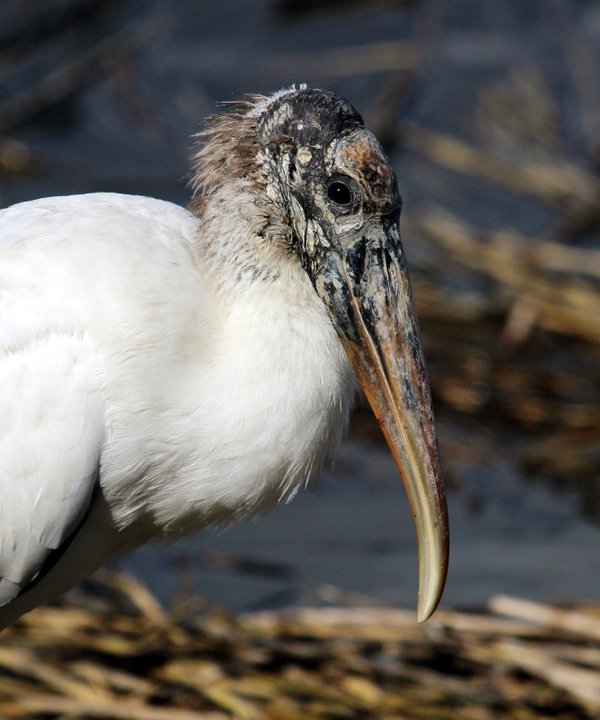 A close relative of the snowy Egret, this statuesque bird is known for its longevity and survival instinct. Bearing long legs and pure white head feathers, The Delaware Stork is regularly spotted along coastlines, particularly the shore between the District of Columbia and Wilmington, Delaware. Sometimes called the “Amtrak Bird” because it is often viewed by passengers on Amtrak’s Northeast corridor trains, the Delaware Stork had a small presence in the D.C. area for many years. However, its presence has grown over the decades, and it now dominates the Capitol area. Its call is a repeated, somewhat garbled three syllable whistle, sounding like, “Here’s the deal, Here’s the deal.”

This somewhat haggard-appearing gray grouse is also known by its nickname, the Louisville 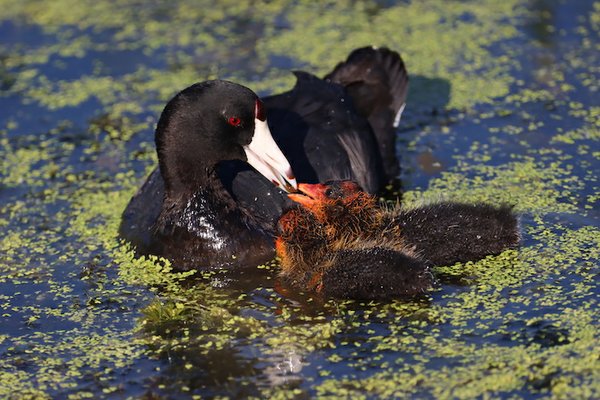 Turtle, based on its unique beak and profile. Slow moving and deliberate on the ground, the Kentucky Coot has been and still is a constant presence in the D.C. area. Not a particularly gregarious bird, except when interacting with irksome, competitive birds like the Blue Speaker (Dux pelosis), the Kentucky Coot will spar, while fiercely avoiding their bills. Hence, another common nickname of this bird, the Gray Killbill.

This large, orange-crested fowl, also known as the Trumpeting Mockingbird, was quite 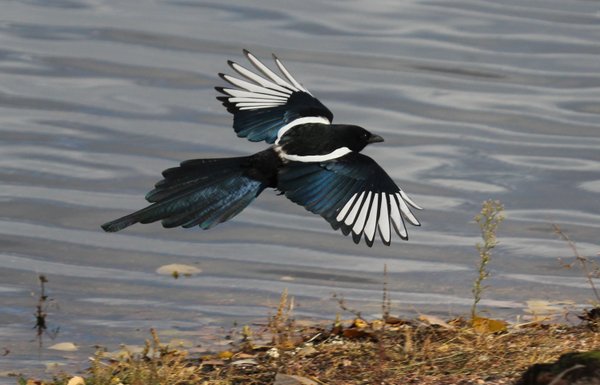 prominent here in recent years, often spotted along nearby golf fairways, although this bulbous avian now prefers a south Florida habitat. Larger than a raven and more bombastic than a jay, the Orange-Capped Magapie has a propensity to chatter and tweet incessantly, though observers have noticed far less of this vocalizing since the beginning of the year. Where other magpies will often seek discarded shiny objects to line their nests, the Orange-capped Magapie guards its own nest zealously in a misguided and futile attempt to stop the stealing. Ornithologists have observed behavior supporting the probability that the Orange-Capped Magapie has an urge to return to the Capitol. 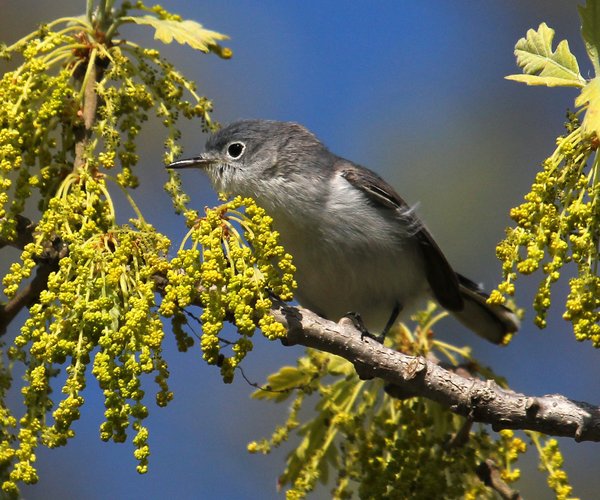 A colorful member of the avian world, the Blue House Kinglet is attracted to large, inviting chambers and often is seen perched on top of a house, appearing to preside over it. This sparrow is among the most liberal of all avians in its interactions with other species, appearing to want to share resources with all. Though quite democratic in its socializing with other birds, especially doves, this bird can be fearless and firm if attacked. The Blue House Kinglet is a well-known antagonist to the Kentucky Coot.

A native of South Carolina, the Yellow-bellied Tern has the curious flight habit of making 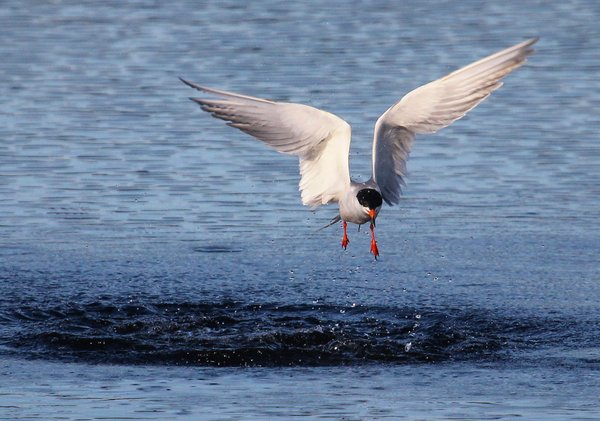 constant u-turns and adjusting its migration pattern to whichever way the wind is blowing. A fickle bird, it once attacked competitors like the Orange-Capped Magapie, but now it is often seen sharing a branch or feeder with that bird. A notorious opportunist, the Yellow-Bellied Tern forgoes building a nest of his own but instead seeks the nesting areas of the most powerful avians in his area, hoping to become part of their brood . . . at least for the time being.

A diminutive avian with limited intelligence, this nuthatch, also known as the Yellow-Capped 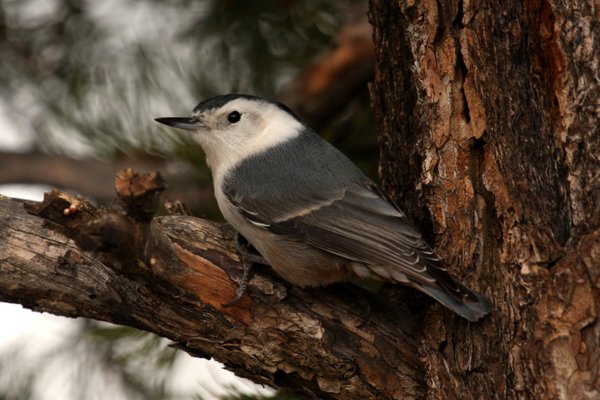 Booby, is often seen seeking company with common redpolls and American redstarts, yet has a curious habit of attacking other birds with blue features, particularly bluebirds, blue jays, and even indigo buntings—seemingly any bird with a blue hue. Unlike eastern nuthatches with their prominent mask-like eye line, the Georgia Nuthatch is unmasked and proudly so. One can identify the Georgia Nuthatch by its call, a repeated whistle that sounds like, “Conspiracy, conspiracy!” 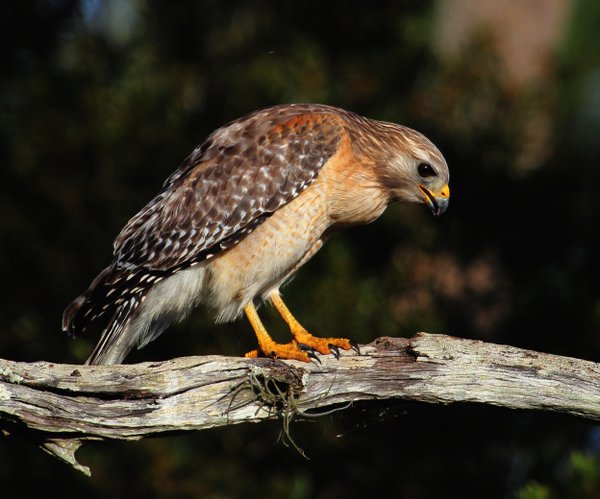 perching only on the far right of limbs and branches. This raptor is easily identified by its incessant haranguing and attacking of other avians perched on the left, sometimes even appearing to wrestle with them. Conservative in its socializing with other fowl, the Ohio Harrier is curiously drawn to the company of the Orange-Capped Magapie and appears to try to protect it from attacks. His voice is a harsh, guttural “Freedom!” repeated three times.

A common summer sight in the Capitol area and Vermont, the Burlington Sandpiper is a 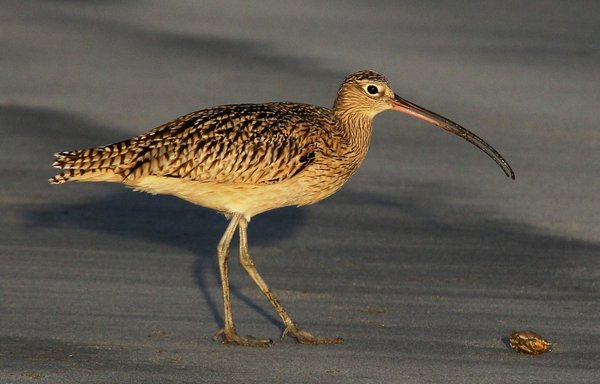 particularly social bird. Some might even say that it is socialist in its behavior at feeders, spreading the seed evenly to all participants, while attempting to gain a fair share from those birds dominating the top. Its voice is a repeated downward guttural undulation, sounding like, “Medicare for all.” This bird sometimes seems like an avian “Pied Piper,” with its habit of attracting a devoted following of youthful sandpipers. 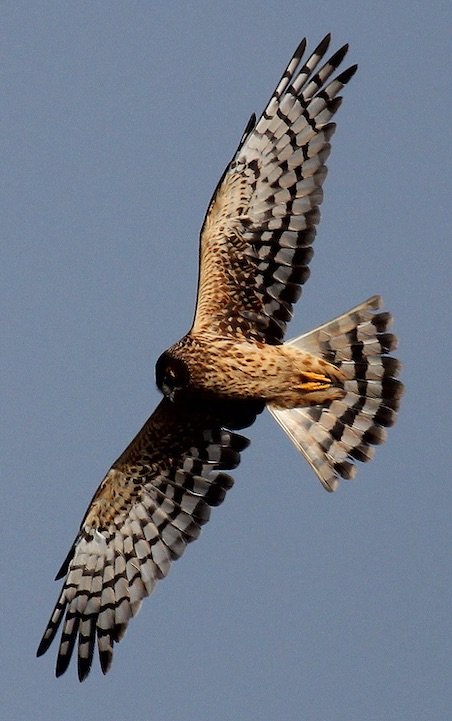 A handsome member of the hawk family, this aggressive bird migrates not from north to south but horizontally from Washington to Missouri. A relentless attacker, the Redwing Hawk has the curious habit of nesting with the Orange-Capped Magapie and attacks any fowl attempting to dispute that Magapie’s claim to its nest, by raising its wings in a fiercely obstructionist manner.

One of the least liked birds of the Washington, D.C., populace, the Texas Prairie Chicken has the unique habit of dual migrations: the first to its Texas habitat, and the second from that state to Cancún, whenever a strong storm threatens to cause disruption. One of the most aggressive birds in the Capitol area, the Texas Prairie Chicken has been known to squawk and harangue incessantly for 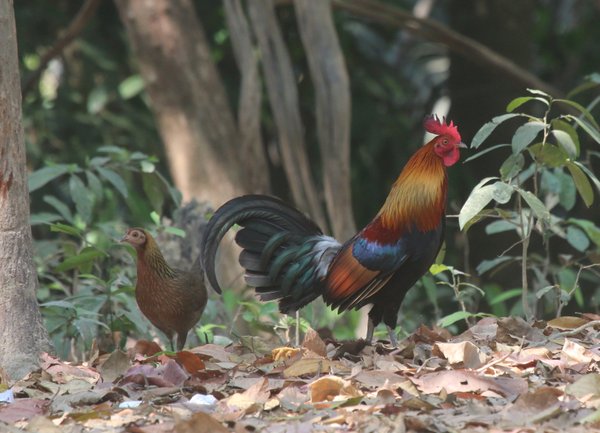 hours on end when gathered with other species, in hopes of its competitors finally capitulating and moving on. Like the Yellow-Bellied Tern, the Texas Prairie Chicken once harangued and berated the Orange-Capped Magapie, but now is often spotted sharing a branch with that Magapie.

Joe Godfrey is a Connecticut-based playwright and actor.

For more than 110 years, The Progressive has been on the frontlines—advocating for peace, gender and racial equity, fair labor practices, environmental safeguards, and keeping elected officials and corporations in check. We don’t rely on the billionaire class to fund the type of hard-hitting journalism we set out to do.  Rather, we depend on people like you. Reader support makes up more than half of our budget, Your support allows us to dig deep on the stories that matter most.