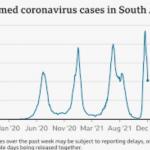 The South African government said Thursday that data from its health department suggested that the country had passed its Omicron peak without a major spike in deaths, offering cautious hope to other countries grappling with the variant.

“The speed with which the Omicron-driven fourth wave rose, peaked and then declined has been staggering,” said Fareed Abdullah of the South African Medical Research Council. “Peak in four weeks and precipitous decline in another two. This Omicron wave is over in the city of Tshwane. It was a flash flood more than a wave.” The rise in deaths over the period was small, and in the last week, officials said, “marginal.”

Some scientists were quick to forecast the same pattern elsewhere. 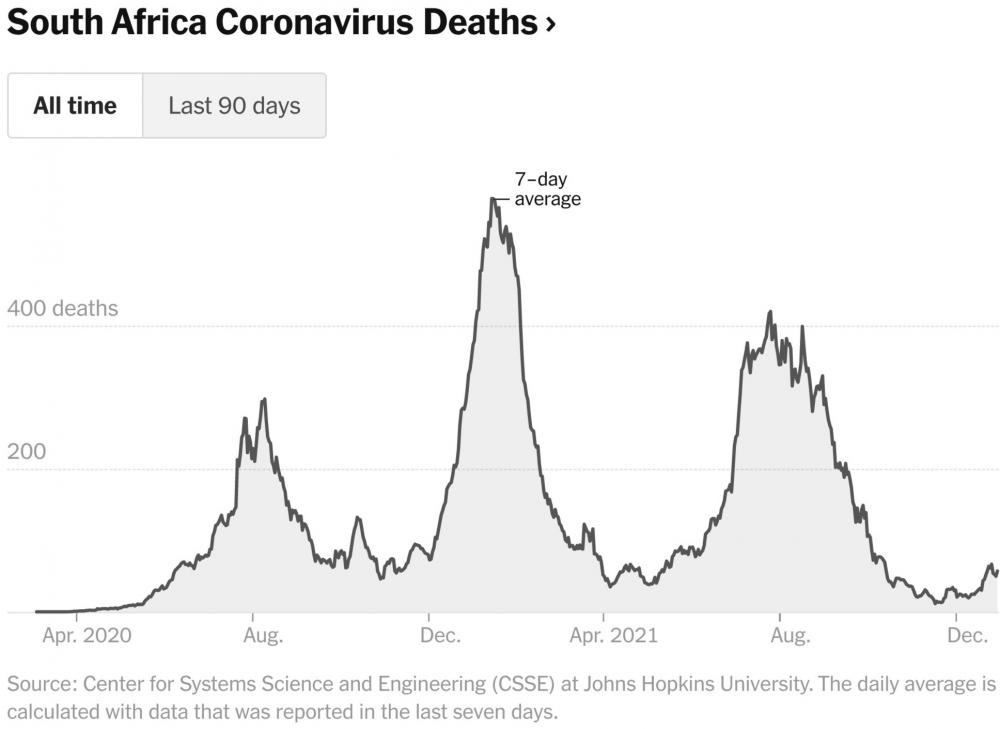 “We’ll be in for a tough January, as cases will keep going up and peak, and then fall fast,” said Ali Mokdad, a University of Washington epidemiologist who is a former Centers for Disease Control and Prevention scientist. While cases will still overwhelm hospitals, he said, he expects that the proportion of hospitalized cases will be lower than in earlier waves.

Omicron, bearing dozens of troubling mutations, was first identified in Botswana and South Africa in late November. It rapidly became dominant in South Africa, sending case counts skyrocketing to a pandemic peak averaging more than 23,000 cases a day by mid-December, according to the Our World in Data project at Oxford University.

As of last week, Omicron appeared in 95 percent of all new positive test samples that were genetically sequenced. It has spread to more than 100 countries, infecting previously vaccinated and previously infected people, and its proliferation has strained hospitals and thinned work forces in countries like the United States and Britain. 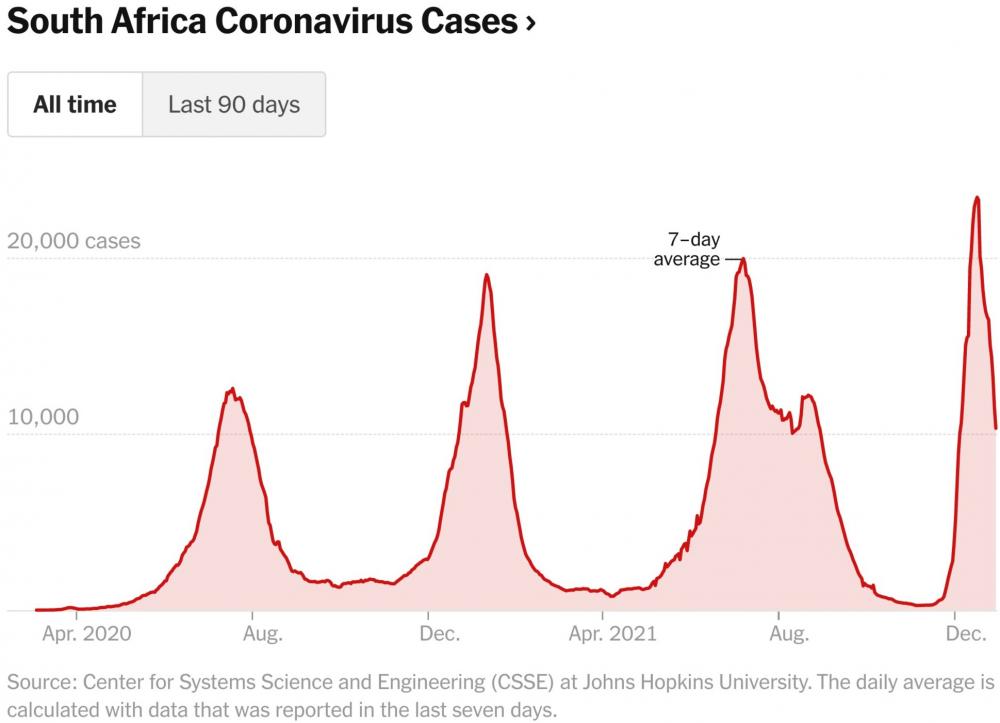 There are many caveats. The case figures might have been distorted by reduced testing during the holiday season. And many people in the most affected area had some measure of immunity, either from vaccination, prior infection or both, that might have protected them from serious illness.

However, research teams in South Africa, Scotland and England have found that Omicron infections more often result in mild illness than earlier variants of the coronavirus, causing fewer hospitalizations.

South African officials last week ended tracing efforts and scrapped quarantine for people who were possibly exposed but not experiencing symptoms. “Containment strategies are no longer appropriate — mitigation is the only viable strategy,” the government said then. On Thursday, the government announced an end to its midnight-to-4 a.m. curfew. Still, gatherings are limited to 1,000 people indoors, with appropriate social distancing, and 2,000 people outdoors. Face coverings in public places are mandatory.