What Comes After National Liberation Movements? 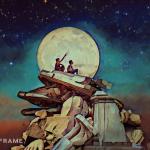 Egypt will celebrate the centenary of its independence from Britain in February. About 70 years ago, liberation began to sweep across the rest of Africa. December 1951 marked the independence of Libya. Ghana won its independence in 1957. The Congo followed in 1960, Tanzania in 1961, Algeria in 1962, Kenya in 1963 and Zambia in 1964. Freedom came much later to the settler colonies in southern Africa. Mozambique won its end to colonial rule in 1975, and independence in Zimbabwe finally came in 1980. Still later, Namibia got its independence in 1990 and South Africa finally got its freedom in 1994.

Many of the men – and they were all men – who led national liberation movements to triumph were global figures, and often serious intellectuals as well as political heavyweights. Ben Bella, Kenneth Kaunda, Jomo Kenyatta, Patrice Lumumba, Kwame Nkrumah and Samora Machel were leaders of real substance, and key leaders in the broader pan-African and developing world struggles. They were all internationalists and anti-imperialists, people with vision and charisma. The same is true of Gamal Abdel Nasser.

The national liberation movements were not only known for their leaders. In many countries they also included brilliant intellectuals, perhaps most famously Amílcar Cabral in Guinea-Bissau and Cape Verde and Frantz Fanon in Algeria.

Today, the national liberation movements only continue to rule in Algeria and southern Africa, where they are reviled by many of their citizens and generally characterised as authoritarian kleptocracies.

Across Africa, young intellectuals are still captivated by anti-colonial intellectuals like Cabral and Fanon, and Lumumba and Nyerere retain a high standing. Kaunda remains respected for his pan-African commitments and, for similar reasons, Nkrumah remains an important figure for many radical intellectuals in the African diaspora. But the parties that evolved from the movements that ushered in independence are often largely forgotten, seen as irrelevant or held in active contempt.

Now that the end of the domination of South African politics by the ANC is in sight, there is some importance in considering the trajectory and fate of national liberation movements elsewhere on the continent.

The first batch of presidents

Most of these movements became closely associated with a single figure, and these figures met very different fates. In the Congo, democratic possibilities were swiftly crushed by the United States Central Intelligence Agency-backed murder of Lumumba in 1961. In Ghana, Nkrumah, a prodigious intellectual, had suffered a significant decline in popular support when he was removed from power by a coup in 1966.

In Kenya, Kenyatta was generally despised as a corrupt autocrat at the time of his death in 1978. He was not remembered in the same way that he was when Singapore, having gained independence a short time after Kenya, sent a delegation to learn from the Kenyan experience. They had come to learn about postcolonial governance and development from a country that was doing well. History records one of Kenyatta’s contemporaries, Masinde Muliro, making the point that “[t]oday we have a black man’s government, and the black man’s government administers exactly the same regulations, rigorously, as the colonial administration used to do”.

Nyerere voluntarily stood down in 1985 with his political integrity widely considered to have remained intact. Machel was still a very popular figure when he died in 1987 in a plane crash that many do not consider to have been an accident. Kaunda was still respected by many when, after a long period in office, he accepted the rejection of his people at the polls in 1991.

In southern Africa, the People’s Movement for the Liberation of Angola, the Mozambique Liberation Front and Zanu-PF in Zimbabwe were able to continue to hold power as authoritarian kleptocracies beyond the period in office of their founding leaders. Unusually, in Namibia and South Africa, there have been democratic changes in the leadership of former national liberation movements while they are still in office. But the internal circulation of leaders has not been matched with democratic orientations towards society.

All the major figures of the national liberation period were men of the Left, and also committed to pan-Africanism and anti-imperialism. Leaders like Nyerere, Kaunda and Machel stuck to these commitments in office, but there was a general – albeit not uniform – sense of disappointment in the national liberation movements in government. A good number, including Algeria’s National Liberation Front and Zanu-PF, degenerated into the sort of rapacious kleptocracies famously described by Fanon.

The parties that replaced these movements were often on the Right. This began with the coup organised against Nkrumah in 1966 while he was on a state visit to China. It resulted in the coming to power of a National Liberation Council chaired by General Joseph Ankrah, which moved swiftly to implement conservative economic policies. Not delivering on the promise of parliamentary democracy, Ankrah, too was removed from power.

It’s clear that a few decades into liberation, romanticised constructions of liberation wear thin; factional battles, poor governance and corruption set in and this often leads to the end of liberation movements in power.

Many progressives, seeing no viable Left alternatives to the national liberation movements, made the mistake of supporting them well into their degeneration, rather than taking on the arduous but necessary work to build progressive alternatives from the ground up. There were explosions of hope when Frederick Chiluba, a former leader of the Zambia Congress of Trade Unions, won the first multiparty election in Zambia in 1991.

There was a similar movement of progressive hope when the Movement for Democratic Change (MDC) was formed in Zimbabwe in 1995 with strong support from the Zimbabwe Congress of Trade Unions. But although Chiluba presented himself as a socialist, he worked with the International Monetary Fund and the World Bank to begin a programme of privatisation and betrayed his people by stealing from them. In Zimbabwe, the MDC was kept out of office by serious state repression and the outright theft of an election, and rapidly co-opted by non-governmental organisations (NGOs) into a vapid third-way politics.

What succeeds the ANC?

The varied experiences of the national liberation movements across the continent, and in their countries after their decline and loss of power, pose some important questions for South Africans. One pertains to the moment of transition. Whereas the ANC in Johannesburg and Pretoria is able to accept a loss at the polls, the same is unlikely to be true in Durban. This raises the question of how the party will respond as a whole when the moment comes, as it will, when it loses a national election. The answer to that question probably depends on which faction holds power at the time and, if it has democratic inclinations, how much actual power it exercises over the state, and in particular its repressive apparatus.

The other major question that presents itself with some urgency is what the alternative to the rule of the ANC will be. So far it seems that that alternative is most likely to be an unstable coalition of parties of the Right. Another possibility is that the EFF and the ANC may form an alliance to enable the latter to remain in office for a few more years. In that case, the likely outcome will be to strengthen the kleptocratic and anti-democratic currents in the ANC, producing something like Zanu-PF.

But if the only alternative to the ANC is a motley collection of right-wing parties, our social crisis will take on a permanent form. We urgently require a broad-based and democratic Left alternative. It should go without saying that this must be rooted in mass-based popular organisations and not NGOs and tiny sectarian groups.

The experience of Zambia and Zimbabwe shows that the entry of trade unions into electoral politics can be decisive. But it also shows that without a clear political direction, new parties rooted in trade unions can easily drift from their founding principles. The fact that a party is organisationally rooted in the working class does not make it a party for the working class.

As we confront the inevitable end of the period of ANC rule, it seems that there are three urgent tasks for the Left. One is to unite the existing popular organisations of the Left, the trade unions, shack dwellers’ movement Abahlali baseMjondolo and the SACP. Another is to build new forms of popular organisation among the unorganised strata of the working class and the impoverished. A third task is to undertake the intellectual and organisational work to build a political instrument under the democratic control of these organisations that has a clear set of progressive commitments and goals.

History shows us that the decline of national liberation movements is inevitable. It also shows us that without undertaking the political work to build progressive alternatives, moving from one political epoch to another can be a movement from the frying pan into the fire.

Imraan Buccus is senior research associate at the Auwal Socio-Economic Research Institute and a research fellow at the University of KwaZulu-Natal’s school of social sciences.

Anastasya is a Russian-born artist, illustrator, animator and general creative who studied fine art and worked in various fields before settling in the media industry. She uses creativity as a form of activism and to further her desire for social change.

This article was first published by New Frame.  New Frame is an editorially independent, not-for-profit publication with a particular focus on issues pertaining to social justice. We are committed to producing credible journalism, and to using credible writers and commentators.

We do not aim to be first with the news but we do aim to produce work that offers real insight to the reader. We strive to realise these aspirations by encouraging our journalists to take the time that is required to do good work and to research their work carefully. We ensure that each article passes through at least five people before it is published.

If you wish to make a contribution to New Frame your donation will be used to enable us to continue to strive to produce work that is carefully researched and offers real insight to the reader.