Bernie Sanders: The Time for Senate Talk Is Over. We Need to Vote. 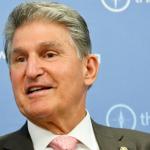 The Republican Party is working overtime to suppress the vote and undermine American democracy. It is a party which ignores climate change, the existential threat to our planet and represents the interests of the wealthy and the powerful while turning its back on struggling working-class families. The GOP is the party that gives tax breaks to billionaires while pushing for cuts to Social Security, Medicare, Medicaid and other programs desperately needed by ordinary Americans. 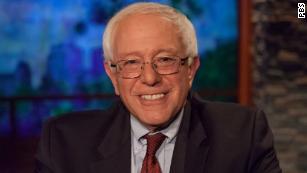 And yet, despite the outrageous behavior of leading Republicans and their reactionary and unpopular agenda, recent polling suggests that Republicans stand a strong chance to gain control of both the House of Representatives and the Senate and pick up additional seats in state legislatures throughout the country.

Why is this happening? Why, despite the horrendous Republican record, are Democrats losing support among Latinos, young people and African Americans? How does it happen that a party that is supposed to stand for working families was rejected by over 75% of White voters without college degrees in the most recent gubernatorial race in Virginia?

Democrats cannot ignore these realities and continue traveling down a failed road which will only lead to disaster.

Now is the time for a major course correction. Now is the time for Senate Democrats to put legislation on the floor that addresses the needs of working families and challenge Republicans to vote against these important and popular initiatives. Now is the time to rally the American people around an agenda that works for all, not just the 1%. 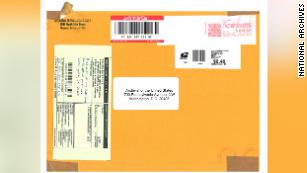 The Democratic Party, with very slim margins, controls the House and the Senate as well as the White House. And we should be very proud of what we've managed to accomplish this past year, including the enormously successful American Rescue Plan and the bipartisan infrastructure bill. But the reality is very little has been achieved in the past several months and the American people know that. And they are becoming demoralized.

The good news is that the House and an overwhelming majority of the Senate Democratic Caucus -- as many as 48 out of 50 members -- are prepared to pass strong and popular legislation that addresses the long-neglected needs of the working class. At a time when the top 1% is doing phenomenally well, we are ready to reform our regressive tax system and demand that the very rich and large corporations pay their fair share of taxes.

We want to take on the greed of the pharmaceutical industry and substantially lower prescription drug prices, expand Medicare to cover hearing, dental and vision, address the crisis of childhood poverty and a dysfunctional child care system, improve the quality of home health care, build the affordable housing we desperately need and create millions of good jobs by combating the existential threat of climate change.

The bad news is that two members of the Senate Democratic Caucus, Sens. Joe Manchin of West Virginia and Kyrsten Sinema of Arizona, have withheld their support. For six months, President Biden and many of us have engaged in endless negotiations with these senators. These never-ending conversations, which have gone nowhere, must end. The time for voting must begin. 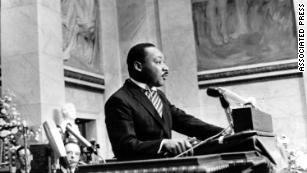 The White moderates MLK warned us about

In my view, we must schedule a vote in the immediate future on a version of the Build Back Better bill that strengthens, not weakens, what the House has already passed. Surprising things occur when a bill comes to the floor and I am not convinced that we cannot get the 50 votes we'd need to pass the Build Back Better bill when the roll call takes place in the light of day.

If, however, we cannot pass a comprehensive piece of legislation, we should then divide it up into separate bills and members of the Senate should have to vote on the very popular agenda that we are fighting for.

To my mind, in a democratic society, constituents have a right to know how their senators vote on some of the most important issues facing the country.

If Manchin, Sinema and Senate Republicans want to sink the Build Back Better package and then go on to vote against individual bills that do exactly what the American people want: lowering prescription drug costs, demanding the wealthy pay their fair share of taxes, expanding Medicare, improving home healthcare, extending the Child Tax Credit, building affordable housing, addressing the crisis of childhood poverty, making a wildly expensive child care system affordable and combating climate change, they should have that opportunity. And then they can go home and try to explain their votes to their constituents. That's what democracy is supposed to be about.

Democrats will not win in 2022 with a demoralized base. There must be energy and excitement. Today, in these difficult times, the American people want to know that their elected officials have the courage to take on the powerful special interests and fight for their needs.

And, when we do that, the fundamental differences between the two parties will become crystal clear. That's how you win elections.

Bernie Sanders, an Independent from Vermont who caucuses with the Democrats, is chairman of the Senate Budget Committee. The views expressed in this commentary belong to the author. View more opinion at CNN.