A Jewish Congregation Considers Affirming Anti-Zionism as a Core Value 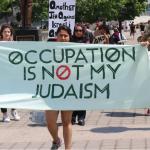 Recognizing the significance of such a step, the board also agreed unanimously that this decision should be processed, discussed and ultimately put to a membership vote. To this end, Tzedek Chicago is holding a series of town hall meetings and will send out an online ballot to members in March.

Here, below, is the text of a Q/A that the Tzedek board drafted and sent out to its members to explain its decision:

Why did Tzedek Chicago originally include “Non-Zionism” as part of our core values?

When our congregation was established in 2015, our founders developed a set of core values to provide the ideological foundation for our congregational life. In our final values statement, we included the following words in the section entitled, “A Judaism Beyond Nationalism”:

While we appreciate the important role of the land of Israel in Jewish tradition, liturgy and identity, we do not celebrate the fusing of Judaism with political nationalism. We are non-Zionist, openly acknowledging that the creation of an ethnic Jewish nation state in historic Palestine resulted in an injustice against its indigenous people—an injustice that continues to this day.

Why is the board recommending the change from “Non-Zionist” to “Anti-Zionist?”

Zionism, the movement to establish a sovereign Jewish nation state in historic Palestine, is dependent upon the maintenance of a demographic Jewish majority in the land. Since its establishment, Israel has sought to maintain this majority by systematically dispossessing Palestinians from their homes through a variety of means, including military expulsion, home demolition, land expropriation and revocation of residency rights, among others.

It is becoming increasingly difficult to deny the fundamental injustice at the core of Zionism. In its 2021 report, the Israeli human rights group B’Tselem concluded that Israel is an “apartheid state,” describing it as “a regime of Jewish supremacy from the river to the sea.” In the same year, Human Rights Watch released a similar report stating Israel’s “deprivations are so severe that they amount to the crimes against humanity of apartheid and persecution.”

Given the reality of this historic and ongoing injustice, we have concluded that it is not enough to describe ourselves as “non-Zionist.” We believe this neutral term fails to honor the central anti-racist premise that structures of oppression cannot be simply ignored; on the contrary, they must be transformed. As political activist Angela Davis has famously written, “In a racist society, it is not enough to be non-racist, we must be anti-racist.”

What about the claim that anti-Zionism is antisemitism?

While there are certainly individual anti-Zionists who are antisemites, it is disingenuous to claim that opposition to Zionism is fundamentally antisemitic. Judaism (a centuries-old religious peoplehood) is not synonymous with Zionism (a modern nationalist ideology that is not exclusively Jewish). Since the founding of the Zionist movement in the 19th century, there has always been active Jewish opposition to Zionism.

While Jewish anti-Zionists are still a minority in the Jewish community today, their numbers have been increasing, particularly among those under 30 years of age. Not coincidentally, we are witnessing increasingly vociferous calls from the Israeli government, Israel advocates and Jewish institutions to label anti-Zionism as antisemitism. There have also been public calls to categorize anti-Zionist Jews as “Un-Jews” and “Jews in name only.” Given the tenor of the current moment, we believe the need for public stances by principled Jewish anti-Zionists is all the more critical.

“Anti-Zionist” describes what we oppose—but what are we positively advocating for?

While we affirm that Tzedek Chicago is an anti-Zionist congregation, that is not all we are. This value is but one aspect of a larger vision we refer to in our core values statement as a “Judaism Beyond Borders.” Central to this vision is an affirmation of the diaspora as the fertile ground from which Jewish spiritual creativity has flourished for centuries. Indeed, Jewish life has historically taken root, adapted and blossomed in many lands throughout the world. At Tzedek Chicago we seek to develop and celebrate a diasporic consciousness that joyfully views the entire world as our homeland.

Moving away from a Judaism that looks to Israel as its fully realized home releases us into rich imaginings of what the World to Come might look like, where it might be, and how we might go about inhabiting it now. This creative windfall can infuse our communal practices, rituals, and liturgy. We also believe that Jewish diasporic consciousness has the real potential to help us reach a deeper solidarity with those who have been historically colonized and oppressed. As we state in our core values:

We understand that our Jewish historical legacy as a persecuted people bequeaths to us a responsibility to reject the ways of oppression and stand with the most vulnerable members of our society. In our educational programs, celebrations and liturgy, we emphasize the Torah’s repeated teachings to stand with the oppressed and to call out the oppressor.

Does Tzedek Chicago expect every member to personally adhere to this new position?

As is the case with all of our core values, this position is not an ideological “litmus test” for membership at Tzedek Chicago. It is, rather, part of our collective vision as a religious community. We understand that every individual member of our congregation will struggle with these issues and must come to their own personal conclusions. The main question for all of Tzedek’s members is not “must I personally accept every one of these core values?” but rather, “given these values, is this a congregation that I would like to support and to which I would like to belong?”

What will this decision mean for our congregation going forward?

We believe the core value of anti-Zionism will open up many important opportunities for our community. It will guide us in the programs we develop, the Jewish spiritual life we create, the coalitions we join and the public positions we take. In a larger sense, we believe this decision will create space for other Jewish congregations to take a similar stand—to join us in imagining and building a Jewish future beyond Zionism.

In the end, we are advocating for this congregational decision in the hopes that it may further catalyze Jewish participation in the worldwide movement to dismantle all systems of racism and oppression. May it happen בִּמְהֵרָה בְּיָמֵינוּ—bimheira be’yameinu—soon in our own day.

Rabbi Brant has contributed essays to a number of anthologies including "Zionism and the Quest for Peace in the Holy Land," "On Antisemitism: Solidarity and the Struggle for Justice," and "Reclaiming Judaism from Zionism: Stories of Personal Transformation." He is also a prolific poet and liturgist whose prayers and poems can be found on his blog Yedid Nefesh. In 2018, Tzedek Chicago published his chapbook of prayers, "Songs After the Revolution: New Jewish Liturgy."  In 2020, he was named as a Topol Fellow in Conflict and Peace in the Religion, Conflict and Public Life Institute at Harvard Divinity School.]