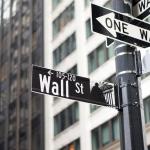 A unanimous Supreme Court ruling Monday in Hughes v. Northwestern University ensures that Americans will still be able to sue employers and Wall Street banks that bleed dry their retirement accounts — a landmark precedent in protecting the $7.3 trillion Americans hold in 401(k) accounts.

The 8-0 ruling, written by Sonia Sotomayor, found that 401(k) plan participants could continue to take legal action against employers for including high-fee, high-risk investments in their 401(k) lineup, even if they also included lower-fee, lower risk options.

The decision could be a blow against powerful private equity industry titans, who for years have been aiming to convince 401(k) plans to include their high-fee, high-risk offerings. Blackstone Group CEO Stephen Schwarzman has said accessing retirees’ 401(k) accounts was “one of our dreams.”

With 3.5 million American seniors being unable to afford the cost of prescription drugs, and 5.2 million elders who are food insecure, the new ruling could trigger additional litigation that forces improved governance in 401(k)s — potentially saving Americans hundreds of billions of dollars in collective fees.

“It’s going to affect massive numbers of people,” said Jerry Schlichter, the St Louis-based attorney who brought the Hughes case before the court. “Because the 401(k) is America’s retirement system now.”

Currently, the median 401(k) balance for Americans sixty-five and older is just $64,548. That amount could be as much as 40 percent higher, if it wasn’t for fees paid to Wall Street.

A Rare Win for Ordinary People

The ruling represents a rare victory for ordinary people in a Supreme Court that has bent aggressively to uphold the rights of corporations to fleece ordinary people. During its 2020–21 term, the court ruled in favor of the positions advocated by the US Chamber of Commerce, the powerful big business lobby group, 83 percent of the time.

That included another retirement case last year, Thole v. US Bank, in which retired US Bank employees claimed the company had mismanaged workers’ pension funds and engaged in self-dealing. But the high court ruled that because the plaintiffs’ benefits had not yet been reduced, they did not yet have standing to bring the case to court. That decision limited the ability of people in defined-benefit pensions to legally intervene to save their pensions before their savings are looted.

By contrast, the new ruling in Hughes v. Northwestern University does the opposite for 401(k) plans, which unlike pensions do not guarantee a defined retirement benefit, but do guarantee employers will make contributions to a savings account. The new ruling allowing plaintiffs to zero in on high fees being routinely extracted from their savings — which Schlichter says shows the business-allied court at least acknowledges how the modern-day concept of retirement has changed.

“My father was a civil servant, an aircraft mechanic,” he said. “When he died, my mom lived on her paycheck [from his defined-benefit pension.] She didn’t need to figure out stocks. The days of that kind of standard pension are gone. If the fees are high, it costs employees their retirement assets.”

In the case, Abigail Hughes and other current and former employees sued Northwestern University for including high-fee plan options in their 401(k) plan options, which materially hurt plan participants’ 401(k) balances.

Schlichter pointed out that in this case, Wall Street had aggressively supported Northwestern University’s ability to include such high-fee options.

Several major financial industry groups submitted amicus briefs to the Supreme Court in support of the university. That included the Committee on Investment of Employee Benefit Assets, a trade group representing corporate pension plan managers; the American Benefits Council, which represents large employers including some mutual funds; and the Teachers Insurance and Annuity Association of America and College Retirement Equities Fund (TIAA-CREF), a major manager of 401(k) plans.

The Investment Company Institute, a trade group for mutual funds that profit from 401(k) fees, noted in their own amicus brief that the “increased threat of litigation… is causing plan administrators/fiduciaries to adopt bright-line rules that exclude many classes of investments from defined contribution plan investment lineups, to the potential detriment of both plans and plan participants.”

When asked by the Daily Poster why he thinks that Wall Street interests sought to stop the Northwestern lawsuit, Schlichter said, “They want to maximize income at the expense of American workers and retirees.”

James Watkins III, an attorney who has been involved in 401(k) litigation, said that the ruling will force accountability from Wall Street.

“I gave a presentation one time at an event, and I was eating lunch, and the guy behind me said ‘very impressive presentation,’” said Watkins. “He introduced himself and said he was the CEO of a company. One of the things I have told employers is that you really need to provide plan participants with a basic education class. He told me, ‘Our company will never voluntarily give investor education to employees because they would realize how bad the plan is and then they would call you and you would sue us.’ This decision today forces them to rethink that.”

An Unsavory “Menu of Options”

Hughes v. Northwestern University focused on how many 401(k) and 403(b) plans offer an extraordinary amount of options that people can choose from — in Northwestern’s case, over four hundred. The list of options in the plan have typically included both low-cost options for those savvy enough to recognize them — but they also included high-risk, high-fee actively managed funds often selected by people who do not have the time to do in-depth research on their retirement plans.

Northwestern, in its arguments, claimed that by including low-cost, low-fee options in their “menu of options,” they mitigated the impact of including bad options, too.

In March 2020, the Chicago-based Seventh Circuit Court of Appeals had ruled against the plaintiffs, agreeing with Northwestern’s argument — a decision that astounded Watkins.

“The “menu of options” argument is inconsistent with ERISA,” or the Employee Retirement Income Security Act, Watkins said. “Section 404(a) of ERISA clearly states that each investment option offered within the plan must be prudent both individually and collectively.”

Watkins’s analysis mirrored that of Sotomayor, who wrote in her ruling, “In Tibble, this Court interpreted ERISA’s duty of prudence in light of the common law of trusts and determined that ‘a fiduciary normally has a continuing duty of some kind to monitor investments and remove imprudent ones.’”

In its 2015 Tibble v. Edison International decision, the Supreme Court also ruled in favor of plaintiffs seeking accountability from their 401(k)s. Schlichter, the Hughes lawyer, brought that case, too.

“It’s extremely exciting to have a pro-investor ruling come out of this Supreme Court,” said Chris Tobe, a financial analyst who works with lawyers seeking accountability from 401(k) plans. “Their decision in Thole was disappointing. The fact that it was 8-0 and Sotomayor wrote this opinion shows that even conservative people in 401(k) plans don’t think that they should pay excessive fees.”

Our winter issue is coming soon in print and online. Subscribe at a special rate and don’t miss it.