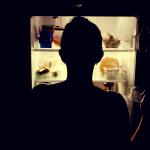 Most of us have experienced an intense urge to eat a certain food—ideally right away. More often than not, that food is likely to be sugary, salty, or fatty, or all three. You may feel increasingly excited as you imagine how it will taste and how you’ll feel eating it. Maybe you last ate several hours ago, or maybe you’re still digesting your last meal. These urges are called cravings, which can pop up at any moment, and aren’t always fueled by hunger pangs.

The Neurobiology of Cravings

The terms “sugar addict” or “chocoholic” are often used, and people may blame cravings on a sweet tooth, bad eating habits, or lack of self-control. These may be true to a degree, but cravings actually involve a complex interplay of factors: brain messages, behaviors that become habits over time, and having easy access to food. Animal and human studies have shown that foods that stimulate the reward regions of the brain influence our food choices and eating behaviors. [1] When we eat certain foods, the neurons in the reward region become very active, creating highly positive feelings of pleasure so that we want to keep seeking these foods regularly. These foods are sometimes labeled hyperpalatable because they are easy to digest and have enjoyable qualities of sweetness, saltiness, or richness. Hyperpalatable foods can stimulate the release of metabolic, stress, and appetite hormones including insulin, cortisol, dopamine, leptin, and ghrelin, all of which play a role in cravings. [1]

Normally when eating a meal, appetite hormones are released. Examples are glucagon-like peptide and cholecystokinin from the digestive tract, and leptin from fat cells, which cause feelings of fullness and communicate with the brain to stop eating. On the flipside, if the body hasn’t received food for several hours, ghrelin is released from the stomach to signal hunger. Eating hyperpalatable foods too often might interfere with how the brain processes these hormonal signals so that one may feel continued cravings despite having eaten enough food. [1] Animal studies have shown that brain signals can become disrupted when eating a very high sugar or high fat diet, which may trigger the release of hormones that reduce stressful emotions and therefore lead to a habitual desire for these “comforting” foods. [2] Interestingly, human studies have also found associations with strong cravings and artificially sweetened foods and beverages (i.e., diet soda), as their intensely sweet flavor may produce the same rewarding effects as sugar. [3]

Although it’s pretty clear that certain foods have the ability to keep us coming back for more, it is less clear if food can be “addictive” in the same manner as drugs and alcohol. A food craving is an intense and persistent desire for a food, but that craving isn’t always for something delicious. It can also be caused by a nutritional deficiency, boredom, or self- imposed food restrictions. [4] A food addiction is one step beyond, including not only intense cravings but also exhibiting a loss of control of eating behaviors and repeated excess consumption of food, especially hyperpalatable foods. [5]

There is a lack of consensus if food addiction exists, or if some individuals who struggle to control their food intake can be considered food addicts. It remains a highly debated area. Some researchers argue that the defining features of drug and alcohol addiction are not seen with food addiction, while others feel they share similar traits related to neurological changes in the brain. [2,6,7]

Potential similarities of addictive substances and hyperpalatable foods in how they a!ect the brain: [4]

Both activate the same pathways triggering dopamine signals and the reward- learning regions in the brain.

Both can lead to a need to use increasing amounts over time due to tolerance, which is caused by changes in brain signaling.

Both are associated with difficulty in quitting due to a hyperactive response in the brain reward regions when the substance or food is present.

Animal studies have shown that hyperpalatable foods and addictive substances can cause imbalances in the brain’s reward system. “Normal” eating patterns are regulated by brain responses in the hypothalamus with the release of appetite hormones and chemicals so that one eats when hungry and stops when full. It is also believed that this reward system is overstimulated and disrupted so that a person may continually seek specific foods especially when feeling negative emotions like too much stress. [2] The repeated behavior over time of using hyperpalatable foods to produce pleasurable or calming emotions with the release of dopamine can condition the brain to seek out this response.

However, if there is a decreased response of the reward system (if, for example, less dopamine is secreted) one may experience less satisfaction after eating. As a result, one may eat larger amounts of hyperpalatable foods to try to achieve the same reward response. A similar e!ect, called tolerance, is seen with drug or alcohol addiction. Animal studies have shown that when cortisol is released with chronic stress, changes in the brain’s response can lead to lower dopamine levels and increased cravings.

High intakes of sugar have been studied to disrupt the body’s natural ability to sense hunger or satisfaction, so that people may keep eating despite being full, which can then alter the body’s natural homeostasis. [8] A review of clinical trials looking at the relationship of highly palatable sugary foods and negative emotions (stress, anxiety, depression, fear) found sugar to have addictive e!ects and cause changes in brain chemistry similar to other addictive substances, and the ability to produce negative withdrawal symptoms when stopping sugar intake. [2]

Other Factors that Affect Cravings

Snacks are big business and the food industry spends more than $10 billion yearly on snack food advertising. [12] Many snacks fall into the category of hyperpalatable foods that can stimulate brain reward pathways. These “craveable” foods include potato chips, crackers, ice cream, soda, candy, and fast food meals, with high amounts of sugar, salt, and fat that send messages to the brain to “eat me!”. Just watching a 30-second television ad or seeing photos on social media of these delicious foods can spark cravings.

Many ads for unhealthy snack foods and beverages are directed towards children and are considered a key component in an environment that promotes overeating, poor dietary behaviors, and obesity. [13,14] Increased exposure to food advertising is associated with a higher calorie intake and increased preference for hyperpalatable foods from those ads. [15-17] Children have the highest exposures, because screen time through handheld devices has become a prevalent recreational activity whether it be television, social media, or online gaming. Surprisingly, educational websites also ranked in the top 10 for snack, sugary drink, fast food, and sugary cereal ads. [13]

Whereas acute sudden stress tends to suppress appetite, longer-lasting chronic stress is associated with cravings for hyperpalatable high-fat calorie-dense foods. [18] This association may be caused by disturbances of messages to the brain that cause the release of cortisol, which stimulates appetite and cravings. Read more about how chronic stress affects eating patterns.

Adequate sleep helps to regulate metabolic functions, and a lack of sleep is associated with imbalances in leptin and ghrelin levels. These hormonal fluctuations may lead to overeating due to cravings for sweet, starchy, high-fat, and salty foods. [19] Read more about sleep deficiency and eating behaviors.

Exercise typically lowers levels of appetite-stimulating ghrelin and increases appetite-suppressing leptin and glucagon-like peptide, at least in the short term.  [20] However, there are several factors that can influence how much exercise affects one’s appetite. The longer the duration and the higher the intensity of a workout, the more likely one’s appetite shuts down, as blood is quickly moved away from the gut and to the heart and muscles to supply oxygen. [21] After exercising, normal hunger signaling gradually resumes. A shorter, less intense workout such as a moderate walk on a treadmill for 20 minutes may not have any effect on the appetite.

In women, hormones fluctuate during various phases of their menstrual cycle. When estrogen levels are low and progesterone is high, one may feel increased cravings and less satisfied after eating. The brain has receptors for estrogen, and higher levels of estrogen are associated with fullness and satisfaction after eating. [22] Estrogen also suppresses hunger by decreasing levels of ghrelin and increasing the e!ectiveness of cholecystokinin, an appetite-suppressing hormone. [23] Most research in this area has been with animal studies, but it is a topic of ongoing interest, especially in women who experience weight gain and who have low estrogen levels due to menopause or medical treatments that suppress estrogen (e.g., some chemotherapies).

In some people, drugs like antidepressants (e.g., sertraline, mirtazapine, paroxetine) and  antipsychotics (e.g., quetiapine, aripiprazole) can increase appetite and weight. [24] The mechanism explaining why this happens isn’t clearly understood, but a change in metabolism and altered brain messages that signal appetite are suspected. These antidepressants interfere with the neurotransmitter serotonin, which regulates mood and appetite. Another medication that increases appetite is prednisone, a steroid sometimes given to replete low cortisol levels with certain health conditions. Prednisone can promote leptin resistance so that leptin does not work properly to suppress appetite, causing one to feel persistent hunger.

Avoid long stretches of not eating. Eat a nutritious meal or snack every 3-4 hours during the day. Waiting too long to eat because you are busy or distracted may only lead to stronger hunger when you do eat and the risk of overeating. Also keep in mind that if your bedtime is more than 4 hours after you’ve finished dinner, you may feel hungry again; to avoid snacking late night which can disrupt sleep, try to go to bed earlier when possible.

Avoid choosing hyperpalatable or ultraprocessed snacks that are high in sodium, fat, sugar, and calories but low in nutrition. These are the types of foods that trigger the brain reward pathways and cause cravings to eat more. Choose satisfying, less- processed snacks like fresh fruit, a handful of nuts, or a cup of low-sugar yogurt.

Limit environmental cues to eat, such as scrolling through social media posts about food or mukbang (online videos of people eating enormous quantities of decadent meals) and watching television cooking shows. In an office setting, detour away from the candy bowls and platters of bagels and treats that may be sitting in the break room.

Food cravings are sometimes learned behaviors that are associated with an event or environment, such as craving potato chips while watching late-night television. If so, research suggests that it is possible to “unlearn” the behavior and reduce the craving by avoiding the food completely for an extended time. [25] In addition, you can try changing the association by changing your evening routine with a different activity like listening to an audiobook or podcast.

Practice mindfulness when sensing a growing craving. Ask yourself if you are stressed, bored, angry? If so, try instead doing breathing exercises, talking a brisk 5-10 minute walk, listening to a meditation app or podcast, or playing a few favorite songs. If you can distract yourself from eating for about 5-7 minutes, the craving may subside. Learn more about mindful eating.

Try other dopamine-inducing activities such as taking a walk in nature on a sunny day, dancing, or watching a funny video and laughing aloud!