Respond to Putin’s Illegal Invasion of Ukraine With Diplomacy, Not War 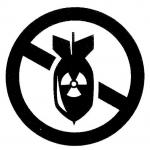 Our first concern must be for civilians across the country, now facing violence and displacement. And our first call must be for an immediate ceasefire, a pull-back of Russian troops from Ukraine, and international support for the humanitarian challenges already underway in the region.

As for resolving the conflict, that requires understanding its causes — which has everything to do with when we start the clock.

Many foreign policy experts and peace advocates have called for ending the anachronistic alliance ever since the collapse of the Soviet Union in 1991. But NATO remains and has only encroached toward Russia further, resulting in new NATO countries — bristling with NATO arms systems — right on Russia’s borders.

Russia sees that expansion — and its integration of neighboring countries into  U.S.-led military partnerships —  as a continuing threat. Ukraine is not a member of NATO. But in the past the U.S. and other NATO members have urged its acceptance, and Russia regards Ukraine’s drift toward the West as a precursor to membership.

None of that makes Russia’s invasion of Ukraine legal, legitimate, or necessary. President Biden was right when he called Russia’s war “unjustified.” But he was wrong when he said it was “unprovoked.” It’s not condoning Putin’s invasion to observe there certainly was provocation — not so much by Ukraine, but by the United States.

In recent weeks, the Biden administration made important moves towards diplomacy. But it undermined those crucial efforts by increasing threats, escalating sanctions, deploying thousands of U.S. troops to neighboring countries, and sending tens of millions of dollars worth of weapons to Ukraine — all while continuing to build a huge new U.S. military base in Poland just 100 miles from the Russian border.

Don’t Punish the Russian People — Or Reward the Arms Industry

We know, not least from our own government’s many failed and devastating wars, that military force will not solve this crisis.

President Biden deserves credit for refusing any troop deployments to Ukraine itself. But that should be expanded to prohibit all U.S. military engagement there, whether through airstrikes or drones or missiles or other weapons. Only the global arms industry stands to benefit from a war like that.

We also know, again from too many of our own government’s actions, that imposing broad economic sanctions — the kind that target whole populations — doesn’t work. They aren’t an alternative to war. They’re a weapon of war that hurts ordinary people, while leaders and their powerful cohorts thrive.

Too many in Washington — in the administration, in Congress, in the press — are calling for sanctions on Russia that will “cripple their economy.” Russian people, who have little influence over their authoritarian leader, will pay a huge price. But we can be sure Putin and his oligarchs will do fine.

In fact, brave Russian anti-war protesters who went out into the streets in the first hours of Putin’s invasion are already being detained by the government. Broad-based sanctions that harm ordinary Russians will lead to more protests, bringing further repression and risking marginalizing dissent in Russia.

Right now we need an immediate ceasefire and serious negotiations on broader issues. That means urgent diplomacy — not more military force — to end this war. Every war eventually ends with diplomacy. The question is how long the fighting, killing, and displacing of people goes on until the diplomats can stop it.

Diplomacy Could Lead to a Deeper Peace

First, an immediate ceasefire — an end to the fighting. That will require Russia to immediately pull back its troops and weapons out of Ukraine.

But negotiations mean that both sides need to give something. So NATO and the U.S. should agree to pull back heavy weapons and missiles away from the Russian border and recognize in public what NATO has long acknowledged privately: that Ukraine will not be joining the military alliance in any foreseeable future.

New negotiations, organized by combinations of the United Nations and the broad Organization for Security and Cooperation in Europe (which includes Russia, Ukraine, most European countries, and the United States) could move further towards renewing lapsed European arms control treaties and eventually towards full nuclear disarmament across Europe.

That would include removing the U.S. nuclear weapons held in Europe as part of NATO’s “nuclear-sharing” operations. The threat of an accident involving any of Ukraine’s 15 nuclear power stations (including Chernobyl), or the escalation — accidental or otherwise — of the war to a conflict between the world’s biggest nuclear weapons powers, seriously raises the urgency of an immediate end to this war. There is no conceivable “national interest” worth risking even the tiniest possibility of such an outcome.

Crucially, diplomacy must be rooted in international law — not the ambiguous “rules-based order” that U.S. officials like to talk about, but real international law that exists in the UN Charter, the Nuclear Non-Proliferation Treaty, arms control agreements, and so much more.

Ukraine is a border nation, caught in a longstanding power struggle between stronger countries and blocs. The jockeying over Ukraine today, and the risk of war expanding far beyond Ukraine’s borders, poses one of the biggest challenges in a generation for peace advocates around the world.

It’s up to us to make sure that “Diplomacy Not War” becomes more than just a slogan to end this crisis.