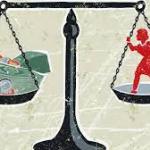 March 15 is Equal Pay Day, a reminder that there is still a significant pay gap between men and women in our country. The date represents how far into 2022 women would have to work to be paid the same amount that men were paid in 2021. Women were paid 22.1% less on average than men in 2021, after controlling for race and ethnicity, education, age, and geographic division.

What’s particularly troubling is there has been little progress in closing the gender wage gap over much of the last three decades, as shown in the figure below. The regression-adjusted pay gap narrowed between 1979 and 1994—falling from a 37.7% pay penalty to a 23.2% pay penalty. But the entirety of the narrowing gap between 1979 and 1994 can be attributed to men’s stagnant wages, not a tremendous increase in women’s wages. Since then, the gap between men’s and women’s pay has narrowed hardly at all. In 2021, the pay gap remained at 22.1%. 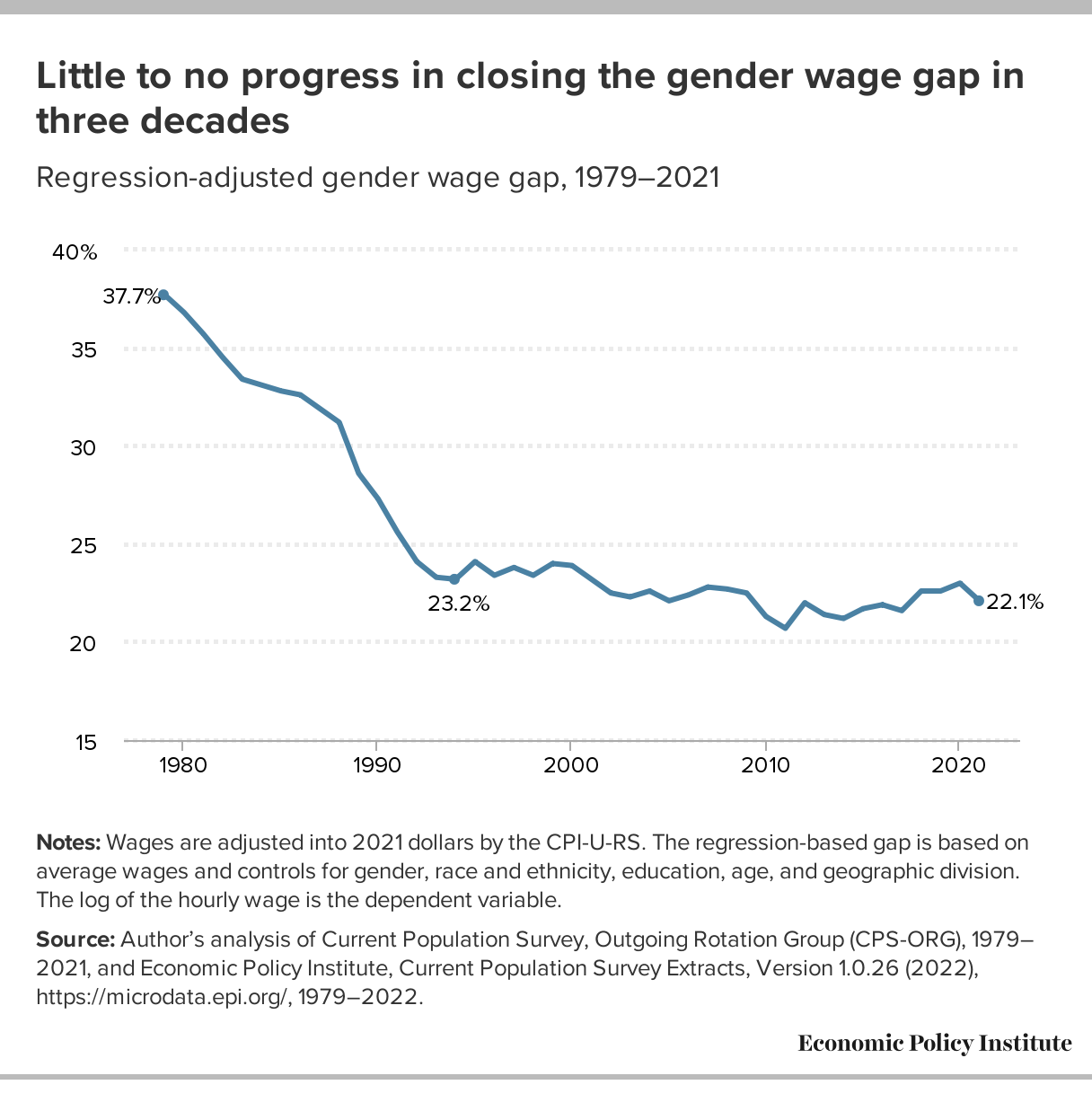 Over this period of pay gap stagnation, women have consistently increased their investments in education to increase their pay. Back in 1994, as progress toward closing the gender wage gap stalled, men were more likely to have a college or advanced degree than women. A quarter of men (25.1%) had at least a four-year college degree compared with 23.8% of women. By 2021, women’s educational attainment had surpassed men’s educational attainment. In 2021, 37.4% of men and 43.8% of women had at least a college degree. Unfortunately, even with these advances in educational attainment, women still face a stark pay gap. Women with advanced degrees are paid less, on average, than men with bachelor’s degrees.

There is no silver bullet to solving pay equity, but rather a menu of policy options that can close not only the gender pay gap but also gaps by race and ethnicity. These include requiring federal reporting of pay by gender, race, and ethnicity; prohibiting employers from asking about pay history; requiring employers to post pay bands when hiring; and adequately staffing and funding the Equal Employment and Opportunity Commission and other agencies charged with enforcement of nondiscrimination laws.

We also need policies that lift wages for most workers while also reducing gender and racial/ethnic pay gaps, such as running the economy at full employment, raising the federal minimum wage, and protecting and strengthening workers’ rights to bargain collectively for higher wages and benefits.