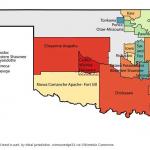 It’s unusual for someone to ask the U.S. Supreme Court to revisit one of its decisions. It’s very rare for that to happen almost immediately after the ruling was issued. But in the two years since the court’s ruling in a key case about Native American rights, the state of Oklahoma has made that request more than 40 times.

In the McGirt ruling, the Supreme Court held that much of eastern Oklahoma is Indian country under the terms of an 1833 treaty between the U.S. government and the Muscogee Creek Nation. Based on that treaty and an 1885 federal law, the ruling effectively means that the state of Oklahoma cannot prosecute crimes committed by or against American Indians there. Federal and tribal officials are the only ones who can pursue these cases.

Since that ruling, federal courts have held that the lands in Oklahoma of five additional tribes – the Cherokee Nation, the Choctaw Nation, the Seminole Nation, the Chickasaw Nation and the Quapaw Nation – also remain American Indian country and are subject to federal and tribal jurisdiction under the 1885 federal law. Under these decisions, about 43% of Oklahoma is Indian country.

Together, these court decisions have closed a major legal loophole. Before these rulings, suspected criminals in eastern Oklahoma regularly avoided prosecution because police could not agree whether the state, tribal or federal government had jurisdiction over the land where the crime occurred.

The Supreme Court made clear that certain areas are tribal land, subject to federal and tribal criminal jurisdiction. This makes it harder for alleged criminals to avoid prosecution because now law enforcement officials, as well as average people, know definitively that federal and tribal authorities can prosecute these crimes. 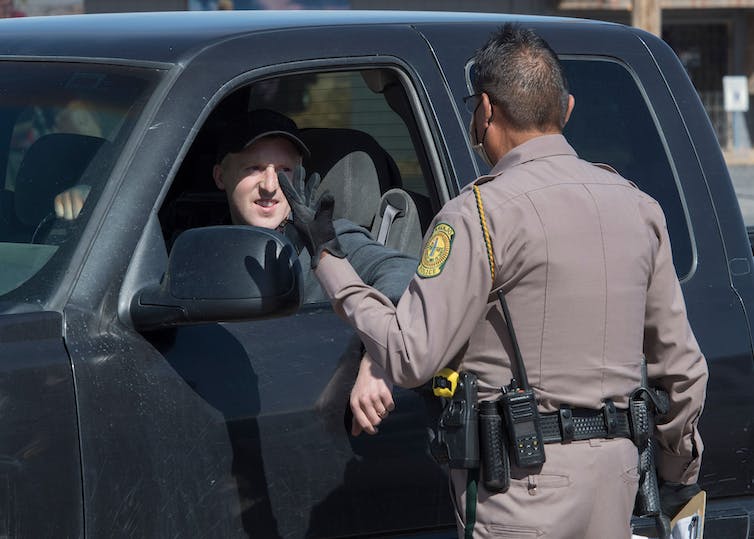 Oklahoma’s governor and attorney general have resisted the McGirt ruling and made several claims that the decision harms the state.

They contend that it has undermined public safety because it has led to the release of thousands of criminals from state prisons.

However, most of the people released from state custody after the McGirt decision have been charged in federal or tribal courts. Jimcy McGirt, whose name the Supreme Court case bears, has been tried and convicted in federal court of sexually assaulting a 4-year-old girl. He is now serving a life sentence without parole in federal prison.

State officials also argue that the McGirt decision threatens to cost the state millions of dollars in tax revenue from income and sales taxes on tribal citizens in eastern Oklahoma. Tax experts counter that the state has overstated the concern because most of the land in eastern Oklahoma is owned by non-Native Americans and remains taxable by the state.

Based on these claims, state officials have repeatedly asked the Supreme Court to revisit its decision – and been rejected more than 30 times. In one of those attempts, in January 2022, the court declined to hear a case that would have applied the McGirt decision retroactively to convictions that were final at the time McGirt was decided. Defendants with final convictions will not be able to challenge them and will serve out their sentences in Oklahoma state prisons.

The Supreme Court has agreed to consider whether Oklahoma should have authority to prosecute non-Indians accused of committing crimes against Indians in Indian country, but refused to revisit its holding in McGirt. Any ruling in that case may adjust the McGirt decision, but cannot overturn it.

No longer working together

Beyond asking the Supreme Court to reverse itself, Oklahoma has simply stopped pursuing a productive working relationship with tribal governments.

In the past, Oklahoma had some mutually beneficial arrangements with tribal governments. For instance, the Cherokee and Choctaw Nations both say they have treaty rights to hunt and fish on their reservation lands without state permission. But since 2016, they have negotiated agreements to pay for state-issued hunting and fishing licenses for tribal citizens to use on tribal land. They were willing to continue those agreements even after the McGirt ruling suggested that under their treaties with the federal government, the state has no authority over hunting and fishing on their lands.

Oklahoma Gov. Kevin Stitt had celebrated the agreements’ renewal in 2020, but refused to extend the agreements into 2022. He claimed that the agreements gave unfair treatment to tribal citizens because the tribal governments paid a discounted bulk rate for the licenses. The state will lose $38 million by not renewing the agreements.

However, state game wardens will still be allowed to enforce hunting regulations on tribal land under a separate agreement signed in 2020. As the hunting and fishing seasons begin, it remains to be seen if the state will seek to prosecute tribal members hunting and fishing on reservation lands without a state license. 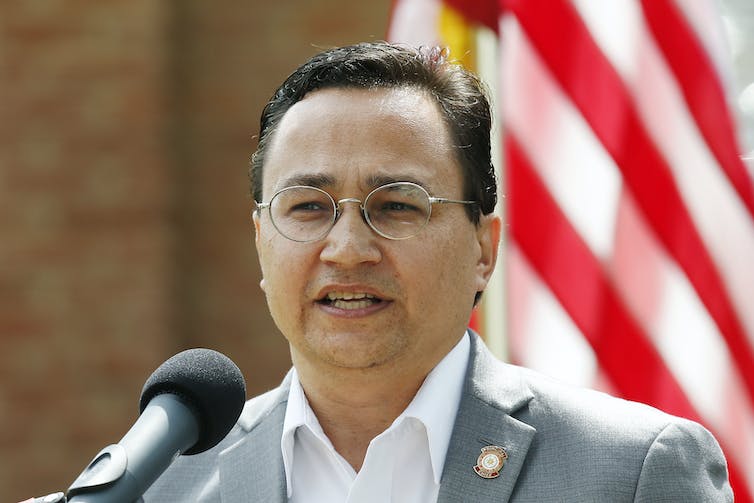 Cherokee Nation Principal Chief Chuck Hoskin Jr. is among those who has lamented the withdrawal of state interest in a hunting and fishing license collaboration with Oklahoma’s tribes. AP Photo/Sue Ogrocki

Despite the state of Oklahoma’s efforts to discredit tribal governments and their treaty rights, the McGirt decision has fostered cooperative federalism, or the sharing of responsibility among different governments to work together to govern people at the local level.

Local governments have cooperated with the tribes and built on preexisting relationships to implement the McGirt decision. Tribal governments have responded to the decision by increasing their law enforcement budgets, hiring additional public safety officers, prosecuting attorneys and judges, and improving their criminal codes.

Choctaw Public Safety has hired an additional 30 law enforcement officers. The Cherokee Nation, the Muscogee Nation and the Choctaw Nation have all entered into cross-deputization agreements with local law enforcement agencies to ensure the seamless administration of public safety. These agreements allow municipal officers to act as tribal officers and vice versa within specific areas and encourage cooperation among local and tribal law enforcement.

The Cherokee Nation has signed agreements with 13 municipalities to handle fines for traffic citations. The McGirt ruling clarifies that the tribal government, instead of the towns, should receive the money. Under the agreement, the Cherokee Nation donates almost all of the traffic fines back to the local governments so they can continue to provide local law enforcement. Local officials have praised the increased cooperation with the tribal governments.

The tribes and local governments are demonstrating an example of collaboration that the state could also be part of. Tribal governments have expressed a willingness to work with the state of Oklahoma and acknowledged that they share common interests in providing for their citizens. By resisting the McGirt decision, state officials are missing an opportunity to build connections among, and improve government services for, all the people who live in Oklahoma.