When Will the Earth Come to an End? 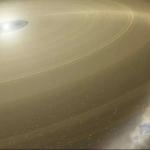 If you read the news, ever, you’ve likely seen stories of our impending doom, usually brought on by some apocalyptic event that strikes fear into our imaginations. Various incarnations of the reported end of the Earth come in a variety of forms:

Every few years, or maybe even every few months (depending where on the internet you go), a new story, speculation, or conspiracy will go viral, claiming that the end of the world is near. Some claims are very specific; others are more vague.

Yet we don’t live in a world where myth and mysticism dominate our thinking; we know that we can comprehend all that’s to come using the predictive power of science. Based on what we know, there are four ways the Earth will meet its eventual end, and they’re all going to happen someday. Here’s what that’s going to look like.

The Ivy Mike nuclear test was the world’s first thermonuclear device: where fission and fusion reactions combine to create a more energetic yield than a fission bomb alone can achieve. Unlike the bombs dropped on Hiroshima and Nagasaki, where the yield was measured in the tens of kilotons of TNT, thermonuclear devices can reach tens or even hundreds of megatons of TNT-equivalent. (Credit: “Ivy Mike” atmospheric nuclear test — November 1952 /Wikicommons)

1.) The extinction of humanity

This is not just prophesy; this is an inevitability. Although there are over seven billion of us (and growing) today, humans have only been around in our current form for under a million years, with all of the great apes having existed for only a few million years. Evolution may be slow to occur in our species on the timescale of a single human lifetime, but over millions of years, it’s inevitable.

As the Earth changes, the pressures on different species to survive will change as well, all while random genetic mutations occur. Some mutations are beneficial to surviving the present pressures, and those are the genes that are most likely to get passed on.

Evolutionarily speaking, human beings — or homo sapiens — have been around for a cosmic blink-of-an-eye: under half a million years. Based on how evolution works, it is unlikely there will be any humans left even just a few million years from now. (Credit: asdfgf/Wikimedia Commons)

Whether an out-of-this-world catastrophe, like an asteroid strike, occurs or not, the eventual demise of humanity is inevitable. Whether we have descendants that survive or not is immaterial; we will go extinct on this world eventually. On geological and astronomical timescales, this is likely to happen sooner than later, and will be the first “end of the world” for us.

Today on Earth, ocean water only boils, typically, when lava or some other superheated material enters it. But in the far future, the Sun’s energy will be enough to do it, and on a global scale. (Credit: Jennifer Williams/flickr)

2.) The boiling of Earth’s oceans

It’s such a fortunate cosmic coincidence that our planet is the size and mass it is, with the atmosphere it possesses, at the distance it is from a star exactly as massive as our own. Only the right combination of all of these parameters has given us a life-supporting planet with copious amounts of liquid water directly at the surface. If any of these properties were significantly different from what they actually are, the diversity and variety of life that our planet possesses simply wouldn’t be here today.

For billions of years, Earth has been an ocean-covered world, with simple and complex life originating in the seas and only coming onto land relatively recently. Yet thanks to the future evolution of our Sun, our oceans won’t be around forever. As helium builds up in the Sun’s core, the region in which nuclear fusion occurs expands, with dire consequences for us.

This cutaway showcases the various regions of the surface and interior of the Sun, including the core, which is where nuclear fusion occurs. As time goes on, the region of the core where nuclear fusion takes place expands, causing the Sun’s energy output to increase. A similar process occurs in the interior of all stars. (Credit: Wikimedia Commons/KelvinSong)

Over time, as it begins to exhaust the hydrogen available for nuclear fusion in its core, the Sun heats up and expands, becoming more luminous and emitting more power as time goes on. After another one-to-two billion years at the most, the amount of energy the Sun gives off will increase to a certain critical point: high enough that the amount of energy hitting a water molecule in Earth’s ocean during the day will be sufficient to boil it.

As the oceans boil and the atmosphere fills with water vapor, the greenhouse gas effects will take over, causing Earth’s temperature to rise catastrophically. Our planet will become more like Venus than like Earth today, becoming totally inhospitable to life on the surface. Only, perhaps, a few simple organisms will survive high in the cloud-tops, but life as we know it will end on our world. The cosmic experiment of complex, differentiated organisms will have come to its natural end.

After approximately five to seven billion years from now, the sun will exhaust the hydrogen in its core. The interior will contract, heat up, and eventually helium fusion will begin. At this point, the sun will swell, vaporize Earth’s atmosphere, and char whatever’s left of our surface. But even when that catastrophic event occurs, Earth may not be swallowed, remaining a planet, albeit a very different one from the world we know today. (Credit: ESO / L. Calçada)

3.) Reduction to a barren rock

You thought having our oceans boil was bad? How about the prospect of having every atom of atmosphere ejected from our world. Of everything that ever lived on the surface reduced to charred ash; of the record of everything that living creatures left behind turned into dust. With enough heat and energy, that’s exactly what would happen to any world, with Mercury, the closest planet to the Sun, being a prime example.

In another five-to-seven billion years, this is exactly what will happen to Earth, as the Sun fully runs out of hydrogen fuel in its core. When that occurs, the core will contract, heat up, and that will cause the outer layers of the star to swell. As it expands, it cools, but also becomes far more luminous, all while the core continues to contract and heat up, on the path to begin fusing helium. As the Sun transitions from a main sequence star to a subgiant, and then from a subgiant to a full-fledged, helium-burning red giant, nothing on Earth will withstand this solar onslaught.

As the Sun becomes a true red giant, the Earth itself may be swallowed or engulfed, but will definitely be roasted as never before. However, if we can migrate Earth away from the Sun prior to this, not only could we avoid being consumed, but life on our planet could thrive for billions of additional years than if we simply did nothing. (Credit: Wikimedia Commons/Fsgregs)

The Sun will swell to almost a hundred times its current diameter, and will become thousands of times as luminous as it is today. The Earth will be stripped completely bare, while simultaneously being pushed away from the Sun in its orbit, while the inner worlds, Mercury and Venus, are totally devoured.

Although helium-burning will last a very long time — hundreds of millions to billions of years — eventually the core will run out of helium as well. When this occurs, the core continues to contract and heat up, but no additional fusion reactions will ensue. The Sun will soon die, being reduced to a white dwarf, while its outer layers are blown off into a planetary nebula. If the Earth doesn’t get swallowed during the red giant phase, and the jury is still out on that one, our planet will remain as a rocky, roasted remnant, floating through space in its orbit around a stellar corpse.

Particular configurations over time, or singular gravitational interactions with passing large masses, can result in the disruption and ejection of large bodies from stellar and planetary systems. In approximately 1% of simulations of the next 5 billion years of our Solar System, 1 or more of the inner planets gets ejected due to gravitational instabilities. (Credit: S. Basu, E.I. Vorobyov, & A.L. DeSouza, AIP Conference Proceedings, 2012)

Even though it’s been cleared of life, boiled, then charred and evaporated, and finally bombarded with quadrillions of years’ worth of cosmic rays, our corpse of a planet will still continue to exist. It will remain intact, orbiting around our central, stellar corpse, until one of the following things happen:

After the Sun becomes a black dwarf, if nothing ejects or collides with the remnants of Earth, eventually gravitational radiation will cause us to spiral in, be torn apart, and eventually swallowed by the remnant of our Sun. (Credit: Jeff Bryant/Vistapro)

The world will most certainly end, and that all four of these ends will come to pass is not mere speculation, but the robust predictions of the pinnacle of our scientific achievements. The far future of Earth is known; the near-term future is up to us to create.

What will our choice, collectively, be as a species? Ideally, we’ll guide our planet’s future with our feet firmly planted in scientific reality, using the best knowledge and most successful theories we have to guide us, using our capabilities to ensure the safety, security, freedom, and prosperity of all humanity. It’s the ultimate dream of a scientifically literate society, and the one hope we have of pushing out that first “end” — the extinction of humans — as far into the future as possible.

Starts With A Bang is written by Ethan Siegel, Ph.D., author of Beyond The Galaxy, and Treknology: The Science of Star Trek from Tricorders to Warp Drive.