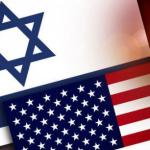 American Jews overwhelmingly support the renewal of the Iran deal, and very few American Jews consider Israel a political priority, according to a new survey of American Jewish voters.

Voters were asked to say which two issues they wanted the president to focus on. Israel got clobbered. Only 4 percent listed it as one of their two issues.

Of course the low Israel number may reflect the fact that the Israel lobby has got most Democrats under its wing already, to the point that Biden won’t criticize the occupation. So if the issue is not politicized, who needs to worry about it?

But the poll is consistent with other trends: a survey in 2007 showing that young Jews were becoming alienated from Israel, with only about half of those under 35 saying Israel’s end as a Jewish state would be a personal tragedy. And a survey by the Jewish Electoral Institute a year ago saying a quarter of Jews regard Israel as an apartheid state, and 38 percent of Jews under 40 say Israel is an apartheid state.

Polling from the Electoral Institute two and three years ago also suggests greater concern about Israel. In a 2020 survey, 68 percent of Jewish voters said a candidate’s position on Israel was somewhat or very important in choosing who to vote for. Though the poll said, “Israel remains the lowest priority for Jewish voters,” behind many other issues. (These polls apparently did not force respondents to name just two issues, as the latest one does.)

The new poll also shows that 93 percent of American Jews are concerned about antisemitism. The Reform number there is 95 percent concerned, the orthodox 96 percent, the non-denominational 89 percent concerned.

Mondoweiss covers the full picture of the struggle for justice in Palestine. Read by tens of thousands of people each month, our truth-telling journalism is an essential counterweight to the propaganda that passes for news in mainstream and legacy media.

Our news and analysis is available to everyone – which is why we need your support. Please contribute so that we can continue to raise the voices of those who advocate for the rights of Palestinians to live in dignity and peace.

Palestinians today are struggling for their lives as mainstream media turns away. Please support journalism that amplifies the urgent voices calling for freedom and justice in Palestine.