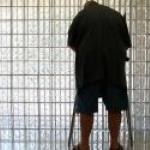 In the months since the 2012 elections it has become apparent that the victorious Democratic coalition Obama assembled is still not sufficiently large to overcome the unprecedented Republican obstruction and sabotage of the normal processes of American political life.

Although long-term demographic trends, such as the increase in minority voters and the rise of the Millennial generation, are favorable for the Democrats, translating those trends into true political and electoral dominance will remain difficult so long as Democrats rely on simply turning out core Obama coalition voters. Their margins will be too thin and subject to backlash, especially below the Presidential level.

To create a stable Democratic majority, Democrats need to win the support of a significant group of voters who are now part of the Republican coalition. As the 2012 elections demonstrated, the group that has perhaps the greatest potential in this regard is the white working class.

First, in terms of sheer size, even at 36 percent of voters (and that is the exit poll figure—the Census data indicate a share about 8 points higher), the white working class remains one of the biggest sociologically distinct demographic groups that is now heavily part of the Red State/GOP coalition.

Second, a significant number of white working class voters have historic ties with the Democrats - even among those who currently vote Republican. Some have personal memories and others family traditions of past Democratic voting. No comparable connection or previous ideological affinity exists with today’s upper income or other Republican voters.

As a result, on both the positive side and on the negative side, the white working class has the potential to be a—if not the—decisive swing voter group for the future.

On the positive side, permanently increasing the level of Democratic support among white workers to just the 40 percent Obama received in 2008 (he received 36 percent in 2012) could actually ensure a genuinely stable and reliable Democratic majority for many years to come. On the negative side, if in 2016 white working class support for the Dems falls to or below the 33 percent it hit in 2010, a GOP president becomes a very real possibility. Not to mention the dire effects such low support would have on Democratic prospects in 2014: It would be essentially impossible for Democrats to retake the House and they might well lose the Senate in the bargain.

In both 2008 and 2012, Obama and the Democrats were assisted by a strongly favorable combination of circumstances among white workers. In 2008 the financial crisis and a desire to “clean house” boosted white working class support for Obama. In 2012, the GOP fielded a uniquely aloof and unsympathetic Republican candidate, Republican governors initiated a series of profoundly provocative and insulting actions in critical Midwestern states and Republicans were not helped by the weak but nonetheless discernible economic recovery in the months before Election Day.

Democrats cannot count on these factors being repeated in the future; quite the contrary, the GOP, despite its intense ideological myopia, will not intentionally repeat exactly the same set of tactical and strategic mistakes it made in 2012. In 2016 GOP messaging will be far more focused on expressing concern for “the middle class” and “average Americans.” Rhetorically attractive (but substantively vacuous) policy packages aimed at the middle class, like those recently offered by GOP house minority leader Eric Cantor, will become a standard feature of GOP campaigns. Future contests will be harder, not easier.

But even more important, as shown in The White Working Class Today—a new book by Andrew Levison, a co-author of this piece—a significant group of white workers who currently vote for the GOP are “open minded,” not progressive but persuadable, on a wide range of issues including many traditionally associated with conservatives and the GOP. Such issues range from assistance for the poor and the need for government regulations to attitudes about social, ethnic and religious tolerance. Many white workers, while not Democrats, are also not Rush Limbaugh/Fox News conservatives.

If just 10 percent of the group that currently votes Republican is persuadable, a successful appeal for their votes would produce a 2 percentage point pro-Democratic shift in the electorate. This would have meant a 53 percent Democratic presidential tally in 2012, not 51 percent. This could be the critical margin of safety in presidential elections in 2016 and 2020.

Moreover it is not simply a matter of raw votes on Election Day. A 10 percent partisan shift among white workers would reduce the ideological hegemony that Republicans have in many white working class communities. Even in Red State areas of the country like the South, where Obama likely received around 24% of the white working class vote (full data on the white working class vote by state have not yet been released), a 10 percent shift could expand the limits of “acceptable” debate  and subtly pressure candidates in now entirely conservative districts to shift slightly toward the center. In areas like the rust belt states of the Midwest, where Obama was likely more in the 42% range, it could provide critical margins for Democratic victory.

In order to successfully appeal to this critical group of voters, Democrats will need to do more than create a few clever TV ads or emphatically repeat Democratic campaign clichés left over from the 1950’s.

The key is representation. As research by Democracy Corps has shown, more than anything else white working class voters feel that neither party is really “looking out for them.”

The perennial frustration Democrats experience in attempting to appeal to white working people is that programs they champion, ones that offer concrete social and economic benefits, are nonetheless viewed by these voters with profound suspicion and distrust. As the Democracy Corps research revealed, the essential problem is that, because white working class voters do not feel they have any significant role or status within the Democratic coalition and community, they similarly feel no ownership or control over these programs’ operation nor do they have any trust in their design. White working class voters will only develop greater trust in Democratic programs and policies when they trust in the political party that designs them and feel a sense of representation in its operations.

The long-term solution, then, cannot be simply a new package of traditional Democratic programs and policies, promoted through TV ads. Rather. It will require the rebuilding of grass-roots political organizations in white working class communities across America, modern and more genuinely participatory versions of the traditional Democratic “machines.”

Although often disparaged as simply cynical top-down institutions that delivered votes for Democratic candidates, at the neighborhood and precinct level local Democratic clubs were also a significant community service organization for urban working class Americans – a source of municipal jobs for relatives and for intercession with the city and state bureaucracy when problems arose on issues like veterans benefits or disability payments. As such, they provided the equivalent of the “constituent services” many congressional offices offer today, but on a much more localized, street by street, “walk-in” basis. As a consequence, they created loyalty to the Democratic Party as an institution rather than to individual candidates.

These traditional Democratic “machines” declined along with the large factories and ethnic blue-collar neighborhoods of the 1950’s and 1960’s and no new Democratic-oriented organizations arose to replace them. At the same time, across Red State America Republicans were becoming increasingly familiar and active participants in local white working-class community life. As Joe Bagaent pointed out in his perceptive book, Deer Hunting with Jesus, which describes the working class town of Winchester, Virginia:

Republicans’ everyday lives seem naturally woven into the fabric of the community in a way that the everyday lives of the left have not been since the Great Depression…working-class people encounter Republicans face-to-face at churches, all-you-can-eat spaghetti fund-raisers, fraternal organizations like the elks club and local small businesses… At the humble level of the small towns, local candidates are raised and groomed for state and national office…and it is from these local grassroots GOP business-based cartels that the army of campaign volunteers, political activists and spokesmen springs.

It is critical to recognize that this kind of permanent, ongoing, grass roots involvement in community life is profoundly different from the short term, GOTV (Get Out The Vote) “ground game” that Democratic campaigns execute in the months before elections. The typical Democratic ground game is entirely focused on promoting and electing a particular candidate and leaves little or no trace behind after Election Day. Even Obama’s vaunted 2008 campaign organization was, in fact, largely passive and almost invisible in-between the two subsequent elections of 2010 and 2012. (The campaign’s successor organization, Organizing for America, aspires to change this, but is for the moment entirely focused on issues like gun control, immigration and climate change that largely appeal to the liberal base rather than white working class voters).

For Democrats to successfully compete with Republicans for the loyalty and support of white working class voters in the local communities and neighborhoods where they live, a renewed focus on genuine grass-roots organization-building is simply indispensible. Such organization-building will require three things.

First, it will require a commitment to sustained, year-round, door to door organizing and relationship building with voters in white working class communities. New grass-roots Democratic organizations will have to seek to genuinely support and represent white working people in dealing with their day to day problems of work and local community life.

Second, the new leadership that these grass-roots Democratic community organizations must seek to groom and encourage—whether political candidates or organizational figures—will have to be drawn directly from the communities they will represent and be developed in an authentically democratic and bottom-up way. Democrats cannot copy the cynical Republican model in which professional consultants take a well-funded candidate, give him a flannel shirt to wear, buy him a ranch and then attempt to market him as a cowboy.

Third, the larger Democratic coalition will need to allow these grass-roots Democratic organizations in white working class communities sufficient autonomy and independence to embody and express the distinct ethos of their constituents – an ethos that will combine a “populist” stance on many economic issues with more conservative views on certain—but not all—social issues and a general outlook that reflecting a broad cultural traditionalism.

This is a fundamentally different form of organizing than campaign-season ground game work. It would be designed to create permanent and authentic community-level organizations that sincerely represent white working class voters on an ongoing daily basis and train and support a new generation of Democratic candidates and activists from these communities. It is only genuine grass roots organizations of this kind that can successfully contest the unchallenged position Republicans now enjoy in the daily community life of white working class America.

A strategy of this kind is inherently a long-term project but even in its very early stages it can materially contribute to changing the attitudes of white working class voters toward Democrats and progressives and begin to challenge the GOP for their allegiance. Carefully conducted field research by Working America, the 3 million member community affiliate of the AFL-CIO, has demonstrated that shifts of substantial magnitude in white working class voting behavior can indeed be achieved by sustained and dedicated door-to-door organizing campaigns.

This is, undeniably, a challenging and difficult strategy, but it is one that offers a plausible path to overcoming the current political stalemate and which is also consistent with the Democratic Party’s basic progressive values and its core historic traditions and ethos going back to the New Deal.

Andrew Levison is author of the new book, The White Working Class Today: Who They Are, How They Think and How Progressives Can Regain Their Support. Ruy Teixeira is Senior Fellow at the Center for American Progress and co-author of The Emerging Democratic Majority.