Rat vs Mouse: The Scrambled Politics of the Florida-Disney Feud 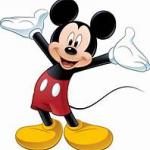 The enactment on a party-line vote by the Florida legislature to strip the Walt Disney Corp. of its special tax status — only two days after it was introduced and with no public hearings and minimal discussion — shows how the legacy of Donald Trump has scrambled political alliances within both major parties.

Florida Gov. Ron DeSantis, angling to become Trump’s heir as leader of the culture-warrior wing of the party — and nominee for president in 2024 or as soon thereafter as possible — drummed up this Mickey Mouse bit of legislation in a fit of pique over the company’s (belated) vocal opposition to Florida’s “Don’t Say Gay” law. This measure to squelch discussion in schools of sexual orientation or gender identity was driven by false GOP claims that such teaching constituted “grooming” children to embrace a non-straight, non-cis lifestyle.

The sweetheart deal to allow Disney to have control over its 40-square-mile territory — an area twice the size of Manhattan — virtually independent of the surrounding political jurisdictions was struck in 1967 to smooth the way for the company to build its mammoth amusement park in the Orlando area. The company’s fiefdom was dubbed the “Reedy Creek Improvement District,” with full control within its property over water, building codes, fire protection — everything except local police and courts. It became more than an amusement park or a private land holding: it is a governing entity unto itself.

The reign of the Mouse over its patch of central Florida had its critics. One of those was DSA’s founding co-chair Michael Harrington, who in a 1979 article in Harper’s (which was included in his 1985 essay collection Taking Sides: The Education of a Militant Mind) saw Florida’s deal with Disney requiring

government to socialize the cost of business, and to turn the planning of the future over to the executives, even to the point of granting political sovereignty to private corporations. This system of administered and controlled markets is then legitimated in the name of free enterprise.

Of course, government favors to wealthy corporations are such a routine matter that hardly anyone has questioned the practice outside the Left and a few principled liberals.  In our region, Virginia enticed Amazon to locate its second headquarters in Arlington with an incentive package that by some estimates could amount to $4.6 billion. Coming to our region next: the Washington Commanders playing off DC, Virginia and Maryland to build its new home stadium for them. Virginia is courting Dan Snyder’s club the most aggressively, although the team’s brand has been tarnished by its many years of resistance to changing its racist name, sexual harassment allegations, gouging fans and other examples of toxic corporate culture.

Florida’s deal with Disney was quite different from most government giveaways to corporations. These have typically involved financial favors for the companies, such as slashing taxes, providing infrastructure and various cash giveaways. In contrast, Disney, in exchange for political control over its territory, agreed to cover costs that local governments usually pay for, such as building and maintenance of infrastructure, street sweeping and water. Walt Disney wanted his private kingdom to be run to his exacting specifications; he wanted to be able to build and tear down what he wanted without public scrutiny, and he and his heirs were willing to pay for it (or, more accurately, overcharge customers for it).

Once the special district sunsets in June 2023, the counties of Orange and Osceola could be on the hook for an additional $150 million a year or more in services that Disney now pays for itself, a fact that local governments and taxpayers are just wrapping their heads around. In the legislature’s haste to do DeSantis’s bidding, no one seemed to notice the potential price tag.

Both major parties have genuflected to major corporations to encourage them to locate in their jurisdictions, but Republicans have made it part of the party’s DNA. Another component of the Republican playbook in recent years has been the fomenting of culture war: attacks on abortion, LGBTQ rights, immigrants and anything that could be linked, accurately or not, to Critical Race Theory.

For the most part, the GOP has been able to play the corporate and culture games so that they complement each other. The party harvests votes from the grassroots by throwing cultural red meat in public tantrums, while quietly cutting deals to line corporate pockets in order to bring in donations.

That worked fine until the Trump wing of the GOP overplayed its hand. After years of Republican voter suppression, racial gerrymandering, attacks on the LGBTQ community, hostility to immigrants and finally the January 2021 insurrection, some corporations realized that their customers were looking to them to take a stand, especially after all the favors they had lavished on politicians who worked so hard to undercut democracy and basic decency. After all, plenty of liberals, members of the LGBTQ community, and racial minorities bought their products and services — and, in Disney’s case, watched the company’s movies and TV shows and visited its theme parks.

It was Trump and Trumpism that widened the gap between the GOP’s corporate and cultural agendas, driving some billionaires into the Democratic camp. Trump touted his fealty to the “forgotten voter”; DeSantis pleads populist motives in going after Disney.

Another intrusion of cultural wars into historically cozy government-corporate relations are recent calls by Republican leaders to revoke Major League Baseball’s antitrust exemption — retaliation for MLB’s decisions to move the 2021 All-Star Game out of Atlanta in protest of Georgia’s aggressive voter suppression measures. Figures on the Left such as Bernie Sanders who have long been calling for the revocation are now belatedly joined by the likes of Ted Cruz, Mike Lee and Josh Hawley over charges of “wokeism.”

The Florida GOP’s crusade against Disney has oddly cast the state’s Democrats as champions of the company’s special status, even as some in the past have questioned it. As much as many Democrats would like to trim the Mouse’s whiskers, none of them want to hand DeSantis a victory in what has become a battle over gay rights.

Attacking the extraordinary control given to Disney as well as other public giveaways is a worthy cause in itself, but only outside the context of the kulturkampf being prosecuted by the far Right. Corporations and their executives taking progressive stands on contemporary issues is salutary but shouldn’t earn them payola from the public treasury.

Robert Kuttner, in The American Prospect, threw cold water on hopes that the Florida dustup might unravel other state-corporate sweetheart deals:

It would be comforting to think that DeSantis’s culture war with Disney will trigger an overdue review of private-government deals. But dream on. Once DeSantis and his party have made an object lesson of Disney for resisting their assault on LGBTQ people, the Republicans will be right back where they always are—in the pocket of corporate America.

In the battle between the “corporate Mouse” (Harrington’s own phrase) and the political rats in Tallahassee and other state capitals — as well as in the US Congress — the Left has no natural allies. The task is to disentangle the two fights. On the one hand, the Left and its allies must defeat the rats in the battle to preserve democracy and human rights.  Separately, we must prevent the Mouse and other corporate vermin from fattening themselves on the public’s cheese.