Democrats Need To Start Talking About Repealing the Second Amendment 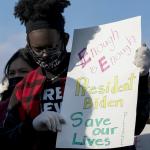 For four decades, the conservative Federalist Society has been playing the long game with both the judiciary and the Second Amendment. Now that it has led the way in populating the federal bench with hard-right legal ideologues, the Federalist Society is reaping the dividends of its long investment strategy. Next month, the Clarence Thomas Supreme Court is poised to overturn New York State’s strict limitations on carrying a concealed handgun. And an expansive decision in New York State Rifle & Pistol Association v. Bruen may eviscerate almost all forms of state regulation of guns.

In sharp contrast, gun control advocates for the last two decades have been playing the short game. From the Columbine high school massacre in 1999 to this week’s wrenching tragedy in Uvalde, Texas, liberals have been fixated on finding an incremental reform that could surmount a Senate Republican filibuster. The battle cry used to be, “Close the gun-show loophole.” Now, after Uvalde, the long-shot dream is finding 10 Republican senators who would join with the Democrats to pass a red flag law that would allow the legal confiscation of guns in extreme mental health situations.

Voters sense that these tepid reforms will only help at the margins to reduce the carnage from our out-of-control gun culture. A new YouGov poll found that 55 percent of Americans (including 33 percent of Republicans) believe that the only way to end the bloodshed in elementary schools is a “drastic change in the laws.” The key word here is “drastic,” which means gun control legislation far more ambitious than red flag laws and enhanced background checks.

This is the moment when liberals despair and start raging against the vast power of the NRA’s money. But following the money in classic Watergate fashion gets you nowhere, since the NRA is bankrupt and the organization’s depleted campaign contributions have become the equivalent of nickels found under seat cushions. The political power of the gun lobby is based on the passion of single-issue voters and not the clout that comes with $10 million in super PAC contributions.

Yes, polling is on the side of reforming our porous gun laws. A Reuters/Ipsos poll, conducted after the Uvalde killings, found that 84 percent of Americans support universal background checks for gun purchases and 70 percent back red flag laws. But the problem with these numbers is that they don’t measure passion. It is hard to find more than a handful of voters who will make red flag laws their top priority in November.

With an estimated 400 million guns stored in closets, glove compartments, and night tables, even rigorous background checks for new purchase are not going to disarm America. Red flag laws, even if rigorously enforced, are not likely to find most would-be mass murderers. So the carnage would continue at horrifying levels even if the Senate filibuster had not become Mitch McConnell’s favorite weapon.

The hard truth is that the core problem is the Second Amendment itself. And America is going to reel from one mass murder to another unless the Second Amendment is repealed or the Supreme Court drastically reduces its scope. Fifteen years ago, I first proposed a long-term crusade to eliminate the Second Amendment. Of course, it seemingly wasn’t a practical idea since repeal requires a two-thirds vote of Congress and ratification by 38 states. But given the abysmal lack of progress with any gun-safety measures over those 15 years, thinking small has not proven very practical either.

It is time for gun control advocates to start talking about life without a Second Amendment. Maybe the long-term solution to the pandemic of gun violence might be confiscation of assault weapons or tight regulations on the sale of bullets. The idea is to paint a portrait of an America of the future with sane gun laws and no need for active-shooter drills in elementary schools. Unless voters can aspire to a different America, gun control will never be a compelling single-issue cause.

As a starting point, Democrats should drop the mealy-mouthed formulation, “Nobody supports the Second Amendment more than I do, but still....” Claiming fidelity to the Second Amendment has never convinced a single NRA supporter of a candidate’s sincerity, but it has stopped bold thinking about lasting solutions to America’s gun crisis. Since right-wingers have long been screaming that Democrats are after their guns, the political damage from talking realistically about the Second Amendment may be exaggerated. At minimum, outside cause groups advocating for rolling back the Second Amendment would make background checks and assault-weapons bans seem like politically safer middle-of-the-road options.

Liberals have been losing the rhetorical battle over guns for decades. It’s sobering to realize that in the early 1990s, according to the Gallup Poll, more than 40 percent of Americans supported banning handguns. In an October 2021 poll that asked the same question, that figure had dwindled to 19 percent. But the pendulum can also swing the other way. In the early 1990s, gay marriage was a quixotic dream. Not only is it now the law of the land, but gay marriage is accepted by 70 percent of Americans.

Maybe we may never get to the point when a Twenty-Eighth Amendment is ratified with this language: “The second article of amendment to the Constitution of the United States is hereby repealed.” But talking about repeal will galvanize the sad, tired, and predictable debates over limited anti-gun legislation. After decades of legislative failure, it is time to dream about truly disarming America.

The New Republic was founded in 1914 as an intellectual call to arms for public-minded intellectuals advocating liberal reform in a new industrial age. Now, two decades into a new century, TNR remains, if anything, more committed than ever to its first principles—and most of all, to the need to rethink outworn assumptions and political superstitions as radically changing conditions demand.

Your donation to the Fund for The New Republic provides the resources we need to produce hard-hitting investigative features, sustain our cultural coverage, and publish the best writers in American journalism. We can’t do this without you.  Donate