How Pentagon Turned “Top Gun: Maverick” Into a Recruitment and PR Vehicle 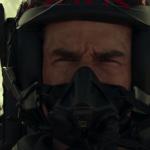 Files on “Top Gun: Maverick” detail the influence the Pentagon had over the sequel to Top Gun, how that affected the storyline and character arcs, and which “key talking points” became part of the script.

Additionally, documents on “Top Gun” also show the United States military has long wanted this to be a major franchise.

The first “Top Gun” (1986) is often remembered as a recruitment bonanza for the US military, in part due to reports of recruiters setting up tables and stalls outside movie theaters.

However, internal documents show that it was more than that – a database produced by the Pentagon detailing its work with Hollywood says of “Top Gun,” “Film completed rehabilitation of the military’s image, which had been savaged by the Vietnam War.”

One of the more surprising details in the production history of “Top Gun” is that the acclaimed antiwar filmmaker Oliver Stone was offered the project. Stone revealed this in an interview for the recently-released documentary, “Theaters of War: How the Pentagon and CIA Took Hollywood.”

A few years later, when Stone was filming the second of his Vietnam war trilogy, “Born on the Fourth of July,” Tom Cruise told Playboy that he felt it would be “irresponsible” to make a “Top Gun” sequel, as it offered people a “fairy tale” view of military life. He even joked that the film was so successful at recruiting young men that, “I am totally responsible for World War Three.”

Behind the scenes, a “Top Gun” sequel was in development for years, with provisional Pentagon approval, but the Tailhook sexual assault scandal killed the movie.

During the 1991 Tailhook Conference at a hotel in Las Vegas, Navy and Marine aviators assaulted dozens of women and men over the course of several days. An Inspector General investigation flagged the “Top Gun mentality” as partly to blame.

When the “Top Gun” sequel went into pre-production in the 1990s, the military kiboshed the project by refusing to be involved. Then-head of the Army’s entertainment liaison office David Georgi recounted, “Paramount went to the Navy and said, ‘Let’s make Top Gun II.’ But after Tailhook, the Navy said, ‘Get the hell out of here.’”

It wasn’t until 20 years later that “Top Gun” was resurrected. Producer Jerry Bruckheimer met with the Pentagon’s Hollywood liaison in summer 2012, as well as with representatives from the different military branches. As a report from the Marine Corps shows, this was well before even a draft script was completed. “Initial meeting indicated production will be looking for a large amount of aviation support across all branches,” the report noted.

Three years later, the project got moving and Navy reports mention that the writers were taken on a “familiarization embark” aboard a Navy ship, and in September 2015, David Ellison, Bruckheimer, and Navy officials met “to identify general story outline, desired research areas, and rough production timeline.”

Following this meeting the director of the Navy’s Hollywood office authorized, “Skydance Productions the opportunity to be escorted by a DoD project Officer to USN bases/units and meet with personnel with the intent to help develop character arcs.”

The writer and producers met with commanding officers and went on board the USS John C Stennis. They also made research trips to talk to real-life Top Gun instructors. Over the following months, the Navy’s updates note “Writer currently revising screenplay,” which was a result of this access.

In spring 2017, talks began over the production assistance agreement – the contract between the Pentagon and the film makers—but the script still wasn’t finished and sent for formal military review until the following year.

Given their existing influence over the script, the Pentagon found, “No major problems with the story line,” though they did require “some revision to characterizations and actions of Naval aviators.”

The screenplay was still in progress as the film began production, so the agreement authorized support on the basis of a working draft, and the Navy required that they could, “Assign a senior staff post-command officer to review with public affairs the script’s thematics and weave in key talking points.” Despite involvement in the script’s development for several years already, the military sought even more influence.

The Navy also allowed for “internal and external placement of the Production Company’s cameras on F/A-18 E/F Super Hornets and Navy helicopters,” pilots for the aircraft, a flyover by “the Navy Flight Demonstration Squadron (Blue Angels)” and “water survival and ejection seat training for the film’s cast actors at approved Navy facilities.”

The new film follows a similar tack that features Cruise training a group of young pilots for a classified mission to bomb a uranium enrichment facility in an unidentified Middle Eastern country. So it is unlikely that “Top Gun: Maverick” will be screening in Tehran any time soon.

Even the set for the “Hard Deck Bar,” which features strongly in the film, was constructed on Naval Base Coronado. It was apparently stored there ever since—pending its use in promotional events around the movie’s release.

Given their primary role in helping to make “Top Gun: Maverick,” the Navy was quite protective of their latest Hollywood mega-asset. The addendums to the agreement include a separate document authorizing Marine Corps assistance because the Marine Corps was cut out of discussions on the film by the Navy.

This effort to muscle others out of the way and make the movie a solely US Navy-branded product extended to entering into social media spats with the Air Force. Evidently, “Top Gun” is prime cinematic real estate when it comes to promoting the military.

The image of a bunch of hard-drinking, women-chasing pilots living the high-octane life grabs our attention, but “Top Gun” also served as one of the first post-war movies. The story was full of military characters, but it did not emphasise combat or bloodshed.

By constructing a wildly popular story far removed from the brutal consequences of military action, “Top Gun” helped expand the possibilities for Pentagon-sponsored films.  It opened the doors to the full spectrum of Hollywood productions getting into bed with the world’s most destructive military.

In the original “Top Gun,” the only meaningful combat sequence comes at the end of the film, when the graduates of the elite pilot academy take on unidentified Southeast Asians flying MiGs. This fairly obvious reference to the Chinese Air Force led to the 3D version of Top Gun being banned in China.

The “Top Gun: Maverick” script also makes repeated use of the phrase, “It’s not the plane, it’s the pilot,” which seems likely to be one of the Navy’s “key talking points” and a recruitment plug at a time when the US military is struggling with a pilot shortage.

Both the film and slogan are part of a push to rehabilitate human pilots in the era of drone warfare, when the majority of pilots speaking out are describing endless guilt and trauma at the sheer scale of death they’ve inflicted.

“All these kids must hate me, because they all signed on thinking they’re gonna be fighter pilots pulling broads all over the world, and they all ended up eleven stories down on some shitty old aircraft carrier stuck in the Indian Ocean,” said “Top Gun” director Tony Scott in a 2004 documentary about the first movie.

“Top Gun: Maverick” continues this by attempting to convince a new generation to sign up while conveniently avoiding the likelihood that they’ll end up stuck in a cargo container on a base in the desert murdering people by remote control.

More broadly, the US military is likely hoping, as they did with the original, that “the box office will be a bell ringer” for them, and it will help restore the military’s image, which has been savaged by wars in Iraq, Afghanistan, Libya, Syria, and elsewhere.

If the Pentagon’s effort succeeds, the irony will be that a movie about a ‘Maverick’ in the military was as pro-establishment as a “Top Gun” sequel could be.

Tom Secker is a private researcher who runs spyculture.com, an online archive about government involvement in the entertainment industry. He has used the Freedom of Information Act to obtain unique government documents since 2010 and hosts the popular ClandesTime podcast.