Elon Musk and Smell of BS 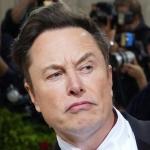 On a beautiful day in May 2015, I drove the 13 hours from my home in Portland, Oregon, to Harris Ranch, California, halfway between San Francisco and Los Angeles. At the time, Tesla was touting a battery swap station that could send Tesla drivers on their way in a fully powered vehicle in less than the time it takes to fill up a car with gas. Overtaken by curiosity, I had decided to spend a long Memorial Day weekend in California’s Central Valley to see if Elon Musk’s latest bit of dream weaving could stand up to reality.

There, amid the pervasive stench of cow droppings from a nearby feedlot, I discovered that Tesla’s battery swap station was not in fact being made available to owners who regularly drove between California’s two largest cities. Instead, the company was running diesel generators to power additional Superchargers (the kind that take 30 to 60 minutes to recharge a battery) to handle the holiday rush, their exhaust mingling with the unmistakable smell of bullshit.

That one decision to go and find the truth underlying Elon Musk’s promises, rather than just take his word for it, changed my life in ways I never could have anticipated. Now, seven long and often lonely years later, the world seems to be understanding what I learned from the experience: Once you stop taking Musk at his word, his heroic popular image evaporates and a far darker reality begins to reveal itself.

Finding those diesel-powered Superchargers called into question the two pillars of Tesla’s image: an environmental mission and technological leadership. This led me to start digging, and I found that Tesla was getting nearly double the California Zero-Emission Vehicle credits for every car it sold thanks to its Potemkin swap station, and that its claimed carbon impact didn’t reflect the actual energy mix used by its Superchargers.

This duplicity on Tesla’s part, I reasoned, couldn’t be a mere accident. To borrow the folksy saying favored by Warren Buffett: There is never just one cockroach. So I began digging into every aspect of Tesla’s business, and in the years that followed, my investigations turned up no shortage of cockroaches.

The following year, in 2016, I discovered some of the ways Tesla maintained this gap between public idealism and private cynicism, when I found the company had been requiring customers to sign nondisclosure agreements in return for free repairs to defects. This practice not only propped up Tesla’s buoyant stock price by keeping bad news away from investors’ ears, but also cut off auto safety regulators from their only independent source of information about defects. Then, even after major media outlets picked up the story and the National Highway Traffic Safety Administration called the practice “unacceptable,” Tesla published a blog post saying I had fabricated the story, implying I had done so because I was short selling their stock in order to profit from the declines caused by my story.

Despite having not even known what short selling was up to that point, I was mobbed by an online army of angry fans who repeated these smears. Here was the turducken of Tesla’s information control strategy: NDAs for customers, smears against critical reporters, a vicious pack of online enforcers, and a total disregard for facts holding it all together. It didn’t matter how much evidence I had and how little Musk had, there was always a large and growing “community” willing to assert that I had to be wrong, biased, and outright evil to contradict their hero.

As the years wore on, this pattern repeated itself again and again: Factual reporting drew attacks rather than refutation, Musk’s unofficial social media enforcers evolved from a mob to an ecosystem of influencers and media outlets, and the stock always kept climbing. Clear evidence of Musk’s overpromising, and stories that would have earned any other automaker a congressional hearing, all became lost in the shadow of his ever-growing legend. Countless stories never even saw the light of day for lack of corroboration, including some of the most eye-opening anecdotes I heard in more than 100 interviews with former employees, as Musk’s reputation for aggression cowed many potential sources into silence.

By the time my book Ludicrous: The Unvarnished Story of Tesla Motors was released in 2019, I’d nearly given up on the possibility that my reporting and analysis could cut through Tesla’s runaway narrative to explain the realities of auto manufacturing and autonomous driving at real scale. Only one thing seemed to matter to Tesla’s fortunes: unconditional faith in Musk himself. I realized that this wasn’t a story from which most people were going to learn important lessons about critical industries and technologies; this was a celebrity story.

But Musk’s celebrity has proved to be as resilient as it is unique, at least in part because of the genuine enthusiasm for the products Tesla did deliver. Whether calling one of the Thai cave rescuers a “pedo” or tweeting that Saudi funding for taking Tesla private was “secured” when it wasn’t (actually the third such move in Tesla history, as I show in my book), Musk’s ability to evade serious consequences for his outrageous behavior has been unmatched. Even Tesla’s rampant violations of the Clean Air Act at its Fremont, California, factory paint shop—yet another story showing the deep cynicism behind Tesla’s ostensible environmental mission—couldn’t touch his ascendant status.

Sure enough, in the years since then, Musk’s fame and Tesla’s stock price have grown to even more dizzying heights, even as his behavior became more erratic and his science fiction fantasies became less plausible. For years I’d heard stories and rumors about his personal life that suggested it was as out of control as his public persona, but even as I realized that his personality was the key to his entire empire, I didn’t want to become a celebrity journalist. When Insider recently reported that Musk had paid a cabin crew member on his private jet $250,000 to settle allegations of sexual misconduct, the only surprise for me was that reporters who do cover celebrity scandals had taken so long to catch on.

I’ve never known how this story would play out, and many of the twists and turns over the years have been total surprises, but a single intuition has never left me: Musk’s trajectory is unsustainable. It was only a matter of time before impunity and arrogance caused his mask to slip, and then the world would be ready to learn that Tesla’s runaway valuation was underwritten by memes, corner-cutting, information control, and outright deception.

As it happened, Musk’s decision to turn Peter Thiel’s “we were promised flying cars and we got 140 characters” bon mot on its head and buy Twitter seems to have finally punctured his seemingly airtight mystique. Unlike manufacturing or regulatory compliance or autonomous driving, social media is a relatable enough topic that everyday observers were able to see that Musk’s judgment could in fact be questioned, especially as Musk jostled to buy Twitter, and now attempts to go back on the deal, in public. Though Musk’s plans for Twitter (like quintupling revenue while reducing reliance on advertising) are no more implausible than his “Full Self-Driving” or humanoid robot, they are easier to reason through … and the ability to think for yourself is Elon Musk’s kryptonite.

As I write this, I am no more certain of what the immediate future holds for Tesla and Elon Musk than I have been at any point in this seven-year roller coaster. But if people are ready to learn what I have discovered in my time not taking Musk at his word, at least some part of his spell must have been broken. And if my own experience has taught me anything, it’s this: Once you stop taking Elon’s words at face value, you can never see or hear him the same again.

Edward Niedermeyer has been covering and commentating on the auto industry and mobility technology sector since 2008. He is the author of Ludicrous: The Unvarnished Story of Tesla Motors and co-host of Autonocast, a podcast about driving automation technology and the future of mobility. He lives in Portland, Oregon.

Sign up for free Slate newsletters on culture, technology, news and more.