Hiding Buffalo’s History of Racism Behind a Cloak of Unity 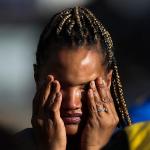 Tension choked the air when a ten-foot-tall cross, wrapped in gasoline-soaked rags, burned wildly, as if to set the night on fire. The cross burned in the fall of 1980, on Jefferson Avenue, which runs through several Black neighborhoods that constitute the East Side of Buffalo, New York, and it punctuated a wave of terror in and around the city. A month earlier, on September 22nd, a Black fourteen-year-old boy had been shot in the head three times. Over the next two days, three other Black men were shot and killed. After ballistics testing, the police concluded that all four had been killed by the same weapon. Then, in early October, the bodies of two more Black men were found, beaten and stabbed to death. Both men had had their hearts cut out of their chests.

Several days after that, the cross was lit ablaze. The following day, on October 10th, a nurse walked in on a white man trying to strangle a Black man who was lying prone in a hospital bed. He survived, but the attack left him incapacitated and in need of surgery. In the course of those weeks, six African American males had been viciously murdered. The streak of deaths overlapped with a series of bewildering disappearances of Black children in Atlanta, which came to be known as the Atlanta child murders, heightening the terror.

In Black neighborhoods across Buffalo, rumors swirled that the killings were the work of the Ku Klux Klan. During one of the funerals, the Associated Press reported, two carloads of whites drove by with a “mannequin with grotesque, red painted head wounds,” and threw red paint on the hearse. City officials scoffed at the idea that organized racists were involved in the killings, and a state N.A.A.C.P. official allowed that the attacks may have been committed by a single killer. “However, it is the climate of racism and conservatism in this country that is responsible,” she said. A Black resident named Lattice Alexander told the Times, “Some white people think blacks are getting ahead of them, even though that’s not totally true. With the legal rulings over the last few years and all this unemployment they think they may be losing something because of us.”

After the killings, city officials dealt with rising fear and anger on the East Side of Buffalo. Three years earlier, Arthur O. Eve, a state representative in the New York legislature, had stood on the cusp of being the first Black mayor of Buffalo, after he shockingly beat James Griffin, a former state senator, in the mayoral primary. But Griffin, a high-school dropout based in South Buffalo, a mostly white area, resurfaced in the general election on the Conservative Party line, running on white-grievance politics: he opposed welfare, championed “law and order,” and supported the death penalty. Eve had made a name for himself by heading a solidarity committee that negotiated on behalf of prisoners in Attica state prison in the aftermath of the Attica rebellion. Griffin painted Eve as “soft on crime.” But, in the wake of the killings, Griffin lowered city flags and called for calm. Black youth had been pelting cars driven by whites with rocks. Jesse Jackson came to the city to plead for peace. Griffin, in a public plea, said, “We can’t let mean and vicious crimes like these separate us. . . . Buffalo is the City of Good Neighbors.”

Local leaders have often invoked the city’s invented “good neighbors” moniker to promote an ethos of gritty unity in Buffalo. In the aftermath of a racially motivated mass shooting at a Tops grocery store, which left ten African Americans dead, the current mayor of Buffalo, Byron Brown, made the familiar plea, saying, “We’re standing strong as a community and working to not let this horrible act of hate detract from us being a loving, warm, welcoming community. Buffalo is known as the City of Good Neighbors, nationally and internationally.” When New York’s governor, Kathy Hochul, joined President Joe Biden to speak in the city to express condolences and present her plan to prevent these kinds of attacks in the future, she made similar gestures. She compared Buffalo to Scranton, Pennsylvania, where Biden hails from. Hochul said, “Buffalo’s a little bit like Scranton, little bigger version of Scranton. You know, Scranton. You live a long time and you love your community, but you get knocked down a little bit and don’t quite get the respect sometimes as other parts of your state do.” She went on to say that, as a result, “there’s something called Buffalove. It’s a combination of the words ‘Buffalo’ and ‘love.’ We call it Buffalove.”

The effort to console and empathize can just as easily distort and conceal. Buffalo is not like Scranton, which has never had a population that was more than eight per cent African American. It is more akin to Philadelphia or Newark, with a large Black population constituting more than a third of the city. As in those cities, there is severe residential segregation, which keeps Black and white residents living in different social, economic, and political realities. In 1993, a writer in the local daily, the Buffalo News, compared Main Street, the central dividing line of the city, to the Berlin Wall, “dividing rich from poor, the haves from the have-nots.” Buffalo is one of the poorest cities in the country, and nearly half of children living in the city are poor. But the hardship that defines the city is not evenly shared. A disproportionate number of the have-nots live on the East Side of Buffalo, where more than three-quarters of the city’s African American residents live.

Last fall, the University at Buffalo’s Center for Urban Studies released a report titled “The Harder We Run: The State of Black Buffalo in 1990 and the Present.” The report was a follow-up to a similar one that my father, Henry Louis Taylor, Jr., had produced nearly thirty-one years earlier. The key findings were stunning in their similarity. In 1990, Black unemployment stood at eighteen per cent and the average household income was thirty-nine thousand dollars a year. Thirty-eight per cent of Blacks lived under the poverty line; there were more African Americans who had dropped out of high school than who held a college degree; and less than thirty-five per cent of African Americans owned their own homes. By last year, Black unemployment was eleven per cent; the average income was forty-two thousand dollars a year; some thirty-five per cent of African Americans lived under the poverty line; and only thirty-two per cent owned their homes. There continue to be more Black dropouts than Black college graduates. For most ordinary Black people, time has stood still. As the report concluded, “Everything has changed, but everything has remained the same.”

When these conditions exist for decades, they come to be seen as the natural order of things. In the largely white West Side of the city, there are brick homes, grocery stores, shops, and gorgeous parks designed by Frederick Law Olmsted. On the East Side sit ninety-four per cent of the city’s vacant lots. In 2014, Evans Bank in Buffalo was sued by the state attorney general for engaging in modern-day redlining, excluding the entire East Side of Buffalo from its mortgage lending. (Bank officials denied that racism was a factor.) Money is being poured into a new stadium for the Buffalo Bills, and the restoration of the city’s Art Deco-style Central Terminal. Meanwhile, on the East Side, residents struggle with busted sidewalks, most of which, according to the Center for Urban Studies, “do not even have curb ramps and pedestrian crossings.”

When Joe Biden travelled to Buffalo to console the city, he spoke passionately about white supremacy, saying, “It’s been allowed to grow and fester right before our eyes. . . . No more, no more. We need to say as clearly and as forcefully as we can that the ideology of white supremacy has no place in America.” But racial segregation and poverty were among the conditions that left Black Buffalonians vulnerable to a white-supremacist attack. (The shooter searched the Internet by Zip Code, looking for a location with a high density of Black residents.) Calls for reforms on these issues have largely been ignored.

In the United States, it has always been easiest to denounce virulent and explicit acts of racism. Still, it is clear that there is mounting energy to resist forms of racism that are not explicit but are still deadly and stultifying. The Black Lives Matter street protests in Buffalo during 2020 gave voice to a growing frustration over city government’s claim of a “Buffalo renaissance,” which seemed to bypass most African Americans living in the city. Out of those frustrations came the improbable rise of India Walton, a registered nurse, socialist, former teen-aged mother, and welfare recipient, who rode the wave of anger over racism and inequality in Buffalo to win the city’s Democratic primary, defeating the four-term Mayor Byron Brown. Brown eventually defeated Walton in an unprecedented write-in campaign, in part by accepting the help of Republicans who provided volunteers and fund-raising; the highest percentage of Brown’s votes came from the mostly white South Buffalo. But Walton’s campaign shone a light on the conditions of underdevelopment in Black Buffalo. Now the murder of ten Black people at the Tops grocery store has once again exposed the city’s vicious inequalities. Locals fear that city officials and private enterprise will once again pay lip service to the tragedy and then move on once the news cameras have left. When I asked Walton what she believed the story in Buffalo to be, in the aftermath of the murders, she said, “I am very disappointed that, like, already, in the media, the dominant narrative is that this was an out-of-towner, who mysteriously appeared and committed this act, rather than confronting the systemic racism that has plagued Buffalo. We have been pegged the fifth or sixth most segregated city for so many years. And we’ve not confronted that as a reality of where we live.”

In 1982, Joseph Christopher, a white racist from Buffalo, was convicted of murdering three of the Black men who had mysteriously been killed in the fall of 1980. Christopher was initially linked to the Buffalo murders after he admitted to a psychiatrist that he “had to” kill Black people. But, in 1985, Christopher’s convictions were overturned because the judge had improperly prevented psychiatric evidence from being presented at trial. A year later, he was convicted again. He was ultimately implicated in the murder or assault of Black men not only in Buffalo but also in New York City and Fort Benning, Georgia, on an Army base, in 1981. Still, many city officials clung to a narrative that emphasized Christopher’s mental illness over the racism that motivated his actions. Today, white supremacy is being loudly denounced for motivating the rampage at Tops. But, in both cases, it is important to remember that the racism behind the shooting didn’t spring spontaneously from the killer’s deranged mind but also emerged from a society that regularly disregards the conditions of inequality and poverty in poor and working-class Black communities. The attack in Buffalo might be taken as an opportunity not only to pass gun-control legislation and to confront the political phenomenon of white supremacy but also to transform the conditions that undermine the life chances of ordinary Black people. ♦

Keeanga-Yamahtta Taylor is a contributing writer at The New Yorker, where she writes about Black history and politics, social movements, and racial inequality in the United States.  Taylor is a professor of African American studies at Princeton University and the author of several books. “Race for Profit: How Banks and the Real Estate Industry Undermined Black Homeownership” was a semifinalist for the 2019 National Book Award and a 2020 finalist for the Pulitzer Prize for history.