‘The Simpsons’ Production Workers Go Union, Saying They Deserve a Place at the Table 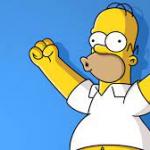 According to a statement from the union, "the production workers won with 90% support across all three shows."

Workers said they are hoping to receive benefits, such as health care and retirement, but also to change the way production work is seen in the industry.

Jobs like production supervisor, coordinator and writers assistant are often seen as stepping-stone jobs, said Ashley Cooper, a production manager for The Simpsons, even though they're integral to making sure shows get on the air.

But for many people, these jobs become careers.

"So people can wind up spending many years in something that's seen as a job for a young person to do for six months," said Cooper.

Unionizing isn't rare in animation. Animators, actors and writers are all a part of their respective guilds. But production work has long been excluded from these unions. And as such, production workers often receive much worse benefits than the union counterparts they work with every day to get the show on the air.

"It doesn't feel like everything is equal," said Laura Smalec, a production coordinator at Family Guy. "You cannot have a show without production workers. So I think that's the moral of the story at the end of the day."

In recent months, smaller groups of production employees at different workplaces have unionized – these include the animation studio Titmouse, and the workers at Rick & Morty and Solar Opposites.

Jason Jones, a production supervisor for American Dad!, said that he hopes the move is a beacon to other animation production workers. "I would hope that it galvanizes everyone else to organize and recognize their own self-worth and not believe in that old studio construct that production is somehow a stepping stone to a better career path."

Because, says Jones, many of them love the jobs they have now. They don't want to move on to something else.