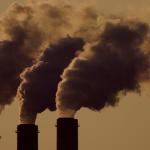 When it handed down its decision on West Virginia v. EPA on Thursday, the Supreme Court hung its judicial hat on the “major questions doctrine,” which the court summarized as addressing “agencies asserting highly consequential power beyond what Congress could reasonably be understood to have granted.” Justice Neil Gorsuch exaggerated this concern by warning against “unintentional, oblique, or otherwise unlikely intrusions.” It really comes down to: Did Congress write it down in the law, explicitly?

The Environmental Protection Agency (EPA) understood the non-referral constraint. Indeed, it accepted that courts of all ilk expect “Congress to speak clearly if it wishes to assign to an agency decisions of ‘vast economic and political significance,’” so this was not a misunderstanding.

So, what did Congress intend when it approved the Clean Air Act by a vote of 375-to-1 in 1970? Lawmakers were certainly speaking loudly in favor of regulating pollutants when they established National Ambient Air Quality Standards (NAAQS) for six (what it called) “criteria air pollutants” including particulates, lead, ground-level ozone, sulfur dioxide, nitrous oxides and carbon monoxide. And what properties made these chemicals so alarming and deserving of special attention? They are found all over the U.S. causing harm to health, the environment and property.

So, Congress was not thinking explicitly about carbon dioxide in 1970, but not because CO2 is harmless. It was because they did not know any better. It might have included “carbon oxides” instead of carbon monoxide if the Intergovernmental Panel on Climate Change (IPCC) and the United Nations Framework on Climate Change had been established in 1968 instead of 1988. Then, they would have intended to regulate carbon oxides as a criteria air pollutant akin to nitrous oxides.

Section 202(1)(1) of the Clean Air Act did, however, make it clear that Congress wanted the EPA to issue standards for all criteria air pollutants that were being emitted from new motor vehicles which, in their judgment, “may reasonably be anticipated to endanger public health or welfare.” On the basis of that clearly stated intent, the Supreme Court ruled 15 years ago in Massachusetts v. EPA that carbon dioxide did in fact qualify as a pollutant for new vehicles under the 1970 language of the Clean Air Act. Why? Because CO2 can be found all over the U.S. (and the world, for that matter) causing harm to health, the environment and property.

So, Congress’s intent in writing the Clean Air Act is clear. Their language is concise and specific. They knew more than 50 years ago that tasks being sent to the administrative state were major because of their potential enormous economic and political significance. But they were writing that law because the economic and political implications of not regulating pollution were even more significant.

Power plants are not motor vehicles, but a molecule of CO2 in the atmosphere is the same and does the same harm regardless of its source. But the tradeoff that this version of Congress and this configuration of the Supreme Court have chosen to ignore because they distinguish sources and not consequences is only making things worse.

The truth of the matter for the future is simply put. Greenhouse gas emissions from power plants will be curtailed. If not now, then in the future. And since delay locks in fossil fuel power generating infrastructure designed to last for many decades, the economic and political costs of the abatement required to curb unnecessary exaggerated suffering will be even greater — extreme events and unknown tipping points will occur more frequently and with greater intensity all over the country. These extreme events will cause significant economic and political damage of unimaginable enormity.

So, will all this be the outcome because the authors of the Clean Air Act missed a word? Or because this Congress and Supreme Court buried their heads in the sand to enrich the oligarchs? Both most likely.