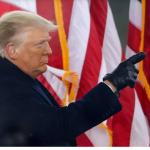 Here are five things that struck me as particularly important in today’s hearing of the Special Committee on January 6:

1.  Long before the attack on the Capitol, Trump appears to have known about the extremist groups who led it. Soon after the election, Trump confidantes Michael Flynn and Roger Stone were in close contact with the Proud Boys and Oath Keepers. Both continued their contacts. On January 5, Flynn told extremists gathered near the White House: “Tomorrow we the people are going to be here, and we will not stand for a lie.” On Jan 6, Stone was guarded by two Oath Keepers. Katrina Pierson, former campaign spokesperson for Trump, warned Mark Meadows, Trump’s chief of staff, about the “crazies” who were coming to Washington. Meadows told her “he likes crazies,” who Meadows defined as “people who will viciously defend [Trump] in public.”

2.   Trump was seeking any possible justification for asserting the election was stolen, no matter how wild. On the evening of December 18, Trump met secretly with four people who had no formal role in the White House nor any appointment to be in the Oval Office -- Sidney Powell, Michael Flynn, Rudy Giuliani, and Patrick Byrne — to discuss ways to reverse the outcome of the election. They spoke about supposed plots concerning Dominion voting machines, Venezuela, and China. When White House legal advisors including White House Counsel Pat Cipollone got wind of this meeting, they joined it, and asked for evidence that the election was stolen – which prompted shouting and insults. Giuliani called the White House legal advisers “a bunch of pussies.” Trump said that Powell, Flynn, Giuliani, and Byrne were offering solutions, while the White House lawyers were not. The meeting continued for six hours in various rooms. White House aide Cassidy Hutchinson called the meeting “unhinged.” Trump wanted to grant Powell security clearance and make her a special counsel. Cipollone said she wasn’t appointed to anything, although she was of view she had been appointed and should be appointed.

3.  Thwarted by the facts and the law, Trump apparently then turned to fomenting violence on January 6. The very next morning, on December 19, Trump tweeted that the election was stolen and instructed his followers to “Be there [on January 6], will be wild.” This tweet, and others that followed (“our country won’t take it anymore”) motivated rightwing fringe groups to coordinate their activities and rightwing social media personalities to magnify Trump’s message. Alex Jones: “Trump is calling on millions of Americans” to act. Other extremists: “1776 is always an option,” “1776 repeating,” “if necessary, storming into the capital,” “The time for games is over, the time for action is now.” A former Twitter employee with responsibility for monitoring such things noted that “It was almost as if a mob was being organized and they were gathering their weapons … clear that individuals were ready, willing and able to take up arms. The leader of their cause was asking them to join him in this cause and fighting for this cause in DC on January 6.”

4.  Trump knew he was fueling the violence that occurred on January 6. On January 5 he spoke to Steve Bannon twice. Bannon then said on his radio program “all hell is going to occur tomorrow” and “All I can say is ‘strap in’.” Also on Jan 5, Trump made sure the door to the Oval Office was open to the Rose Garden, from which he could hear a rally at Freedom Plaza of his fired-up and angry supporters. He was in a “fantastic mood” that evening, in contrast to his mood in previous weeks.

5.   Trump’s instruction to his followers gathered on the Ellipse on January 6 rally to “march to the Capitol” was not spontaneous. It was a deliberate strategy. His inclusion of a threat to Vice President Mike Pence was just as intentional. His speech went through several edits. His advisors eliminated reference to Pence but after Pence refused to do Trump’s bidding, Trump directed that the Pence reference be reinserted. A few sentences in the speech were ad libs that increased the likelihood of violence: You must fight “because you’ll never take back our country with weakness,” “I hope Mike doesn’t listen to the RINOs,” “if you don’t fight like hell you’re not going to have a country anymore,” we need to “give Republicans the pride and boldness they need to take back our country.”

The picture that emerges from today’s hearing is not dramatically different from what we’ve learned before — an unhinged man willing to do anything to maintain power, even at the cost of lives, law, and our democracy. But it fills in crucial details, making it all the more imperative that the Justice Department begin criminal proceedings against him.

[Robert Reich, is the Chancellor’s Professor of Public Policy at the University of California, Berkeley, and a senior fellow at the Blum Center for Developing Economies. He served as secretary of labor in the Clinton administration, for which Time magazine named him one of the 10 most effective cabinet secretaries of the twentieth century. His book include:  "Aftershock" (2011), "The Work of Nations" (1992), "Beyond Outrage" (2012) and, "Saving Capitalism" (2016). He is also a founding editor of The American Prospect magazine, former chairman of Common Cause, a member of the American Academy of Arts and Sciences, and co-creator of the award-winning documentary, "Inequality For All." Reich's newest book is "The Common Good" (2019). He's co-creator of the Netflix original documentary "Saving Capitalism," which is streaming now.]