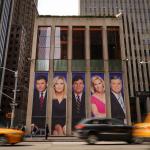 Donald Trump incited an attack on the American seat of government for political power. Fox News fueled it for profit. As revealed by the January 6 committee hearings, Fox hosts and analysts privately knew that Trump had lost the election. But in the weeks following the election, they beamed election fraud conspiracy theories over the airwaves nearly 600 times. In the months following the insurrection — which stemmed from those very lies — Fox’s evening line-up mounted a full-throated denial of the attack and attacked Republicans who fell out of step with the Big Lie.

It only makes sense, then, that fewer than a quarter of viewers of Fox — the country’s most watched news channel — believe Joe Biden legitimately won the 2020 election.

Today Fox News is busy teeing up the next insurrection. Even so, is Fox News more vulnerable than we may think? I recently interviewed by email Nandini Jammi and Claire Atkin, co-creators of Check My Ads, an independent digital watchdog group, about their new mission to defund Fox News. (They chose to answer as a unit.)

Our conversation is below.

This post is free and open to all. Putting out this newsletter takes labor and care, and it really helps if you are able to become a supporting subscriber and patron.
Subscribe now

“If the industry doesn’t block Fox now, they’ll sponsor the next insurrection”: a conversation with Check My Ads co-founders Nandini Jammi and Claire Atkin

Many look at Fox as a titan and as an entity that can’t be taken down. Why is that not necessarily true?

FoxNews.com traffics in the same toxic content as other dime-a-dozen disinformation outlets. The difference is that Fox has built a powerful business over time by securing its position as a default website for ad exchanges. Even though advertisers have made it clear they don’t want to sponsor real-world violence, ad exchanges are sending brands to Fox by default. That’s bad business.

Advertisers give Fox a glossy sheen of credibility. It’s kind of like a stamp of approval. They can’t be so bad if Disney Cruise lines run ads with them, right?

Once Fox News loses its advertisers, they have nothing else to fall back on. Fox News without ads is just OANN — and no advertiser would be caught dead advertising with OANN. By the way, OANN also just lost its deal with DirectTV. They’re hanging on by a thread.

What are Fox’s vulnerabilities that you’ve identified?

The fact is that, through Fox, advertisers sponsored the insurrection. Everyone knows that they promoted the Big Lie more than any other outlet and that they continue to promote election disinformation. And if the industry doesn’t block Fox now, they’ll sponsor the next insurrection. Advertisers know this.

Advertisers are acutely aware that Fox News is “brand unsafe.” That is, ads on Fox News damage their brands and generate negative consumer sentiment — the exact opposite outcome you want for your ad campaign.

Advertisers have no loyalty, period. They put in a lot of effort and investment into building out their brands and if they see that threatened, they will pull out. So if their association with Fox News represents enough of a threat to their brand equity (sorry for the wonk talk), they will reallocate their budgets.

So far, Fox has managed to convince advertisers to move their ads from primetime (where Tucker Carlson and Sean Hannity’s shows air) to the less “controversial” daytime programming. But we know they’re terrified of a campaign like ours at Check My Ads. Last year, someone sent us a copy of a Fox News PowerPoint presentation for advertisers. According to Fox themselves, there are just three Twitter accounts they are terrified of: Judd Legum, an investigative reporter, Sleeping Giants, which Nandini co-founded, and Secret Agent Number Six. Fox is desperate to privately argue that this kind of work doesn’t actually hurt advertisers. They are trying to downplay our impact and consumer sentiment against Fox News.

You’re taking a novel approach here. You’re not calling for a consumer boycott of Fox and their advertisers. You’re going after ad tech companies. Why?

Our playbook works. Dan Bongino, Steve Bannon, and Glenn Beck have all lost their ads because of this campaign.

Advertisers don’t place ads themselves. Ad exchanges hold all the power — and they’re placing ads across the internet on behalf of their clients without any rigorous vetting standards. Nearly every ad exchange has a Supply Policy or Publisher Policy says they don’t send ads to websites that cause violence, or that publish election disinformation. One company, Playwire, has a very specific rule: “No promoting the overthrow of the government.” We caught them monetizing Charlie Kirk.

After bringing attention to the other insurrectionists, our question is: How is Fox News different? Is it “no deception or promotion of violence — unless it’s FoxNews.com?” Rules are rules — with an exception carved out for Fox News? Advertisers deserve to expect clear and consistent business practices.

Around 95 percent of Fox’s revenue comes from the cable division. But you’re taking aim at digital advertising. What do you hope to gain here?

The digital advertising industry is somewhere between $400 billion and $700 billion. The disinformation economy — the disinformation that is funded thanks to advertising — is an estimated $2.6 billion. This is an industry that makes and breaks our entire media landscape: ad exchanges choose who gets to be funded, and who gets to struggle with layoffs and irrelevancy.

More importantly, this is an opportunity for everyone who is concerned about the state of our media and our democracy to finally do something about it: everyone who sends an email with us on this campaign is telling the person who makes the decision about how they feel. This is not an abstract campaign. We are emailing executives directly — something that is new and novel and works.

In a statement, Fox dismissed your campaign as censorship, saying "There's no greater threat to democracy than the effort to silence free speech." How do you respond to that?

With some of your past work, getting an exchange company called Freewheel to drop Steve Bannon’s Real America Voice, for instance, you’ve been holding mirrors up to companies and showing them that their practices violate their own rules. They say they won’t advertise on sites that promote violence or insurrections, but they do it anyway, sometimes through an automated process. What have their responses been to being caught in that “gotcha” moment? Have they been disingenuous?

We’ve seen all kinds of shenanigans. These executives are not used to getting called out and it shows.

We found Kargo, an ad exchange that had a “100% no fake news guarantee” advertising on multiple disinformation outlets. We published an investigation into them in our newsletter BRANDED. The CEO went on Twitter and called us “fake news” and a few days later, all the disinformation outlets we had singled out quietly disappeared.

We found OpenWeb, an ad exchange that promises to “solve the crisis of toxicity,” working with dozens of disinformation outlets like The Post Millennial and Daily Wire. They ended up removing 50 disinformation outlets from their inventory and announced they were joining a bunch of brand safety initiatives. But they’re still partnering with Daily Wire, so you can see where their sympathies really lie.

Is some of this pointing to a larger, systemic problem with how these ads are placed, often automatically, by big companies like Google and Verizon? Do you hope to mount a case for federal oversight of how these companies are making their money?

We got our hands on a $1 million Google site list — or a list of where one advertiser’s ads were placed across the web. This was a Fortune 500 client. We found that Google sent 10 percent of the total ads to various sites and apps reported as “Unknown.” Imagine spending 10 percent of your client’s money and telling them, “Yeah, we’re not going to tell you where that money went.”

This industry is just bonkers. It’s funding the disinformation economy and is an active national security threat. It absolutely needs to be regulated, but in a measured, effective, and non-partisan way.

We don't have to wait for lawmakers to catch up. We can dismantle the disinformation economy now.

Nandini Jammi and Claire Atkin are the co-founders of Check My Ads Institute, an independent watchdog of the digital advertising industry.