Historian Paul Garon Documented the Beauty and Radicalism of the Blues 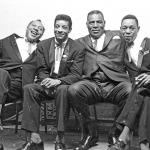 Paul Garon might have known more about books than anyone else in Chicago. A founding partner of the Chicago Rare Books Center and owner of Beasley Books, Garon, who died on July 25, 2022, collected and sold first-edition copies on labor history, surrealism, leftist politics, psychoanalysis, musicology, beat literature, and African American studies for decades.

He was an important figure in socialist publishing and the city’s counterculture scene, a longtime board member of Charles H. Kerr — America’s oldest radical publisher — who even compiled their back catalogue. His greatest love, however, was the blues. One of the genre’s most knowledgeable and ambitious experts, he saw in the blues the articulation of a specific subjectivity: that of the black working men and women of America, unsung revolutionaries who took up music as a valiant form of poetic protest. His four pioneering books and distinctive Kentucky drawl, punctuating the hum of Chicago bookstores and blues clubs, unveiled a radical history of this country.

Born in 1942 to a physician and sociology graduate, Garon was a Louisville native whose first encounter with blues music, at eighteen years old, stopped him in his tracks. Upon hearing Brownie McGhee and Sonny Terry in a record shop, the union of Terry’s raw harmonica riffs and McGhee’s smooth vocals, he was hooked. He rounded up every vinyl he could find, early 78s and LPs alike, and drove to Chicago — the heart of the Midwestern blues scene, or as he called it, “Bluestown, USA” — to watch his idols perform live. Thanks to his encyclopedic knowledge of the genre, he landed a much-coveted summer job twice at the iconic Jazz Record Mart run by Bob Koester.

The founder of Delmark Records, a label which played a vital role in the folk-blues revival of the 1960s, Koester took Garon under his wing. He bestowed upon Garon an extraordinary music education, introducing him to countless artists that would figure prominently in the books he would later publish on blues history.

Koester convinced him to finally move to Chicago full-time in 1967, and one fateful afternoon that year, Garon bumped into Franklin and Penelope Rosemont, founders of the Chicago Surrealist Group, at the Industrial Workers of the World Solidarity Bookshop. Though they had not yet crossed paths, the Rosemonts were familiar with Garon’s essay “The Expanded Journal of Addiction,” a candid and harrowing chronicle of his battle with heroin abuse that was published in the London-based anarchist journal Heatwave the year prior.

This chance encounter was the beginning of a lifelong friendship that was formed around a shared passion for blues music, which they recognized as a poetic tradition “defined culturally and not acoustically.” To them, the blues served a specific purpose within a social context — it was a form of revolt, a rejection of white capitalist ideology.

The Rosemonts were soon able to recruit Garon to the Surrealist cause by aligning the subversive potency of the blues with the group’s central tenets. Rife with Freudian symbolism yet emphatically proletarian, the blues found a natural affinity with the revolutionary spirit that underpinned Chicagoans’ revival of surrealism in the name of the 1960s social movements. Together, the comrades founded the group’s journal, Arsenal: Surrealist Subversion, with Garon, penning “Blues and the Poetry of Revolt” for the first issue.

Beginning with a very surrealist (and very ’60s) paragraph that likened the blues to a “flowing, feather-like chasm in front of which we pause before beginning our ascent into that region of the mind which contains the exploding germs of light which represent a new life for man,” this seminal essay provided Garon with an opportunity to publicly articulate his perspective. “The repressive norms of this society, essentially white bourgeois norms, are rejected by the black working-class bluesman,” Garon (more lucidly) expounded. “The blues singer and his form of revolt preserved the critical function of negation . . . by providing a poetic attack on the superstructure of society.”

That same year, Koester referred Garon to a group of local blues writers who were teaming up to launch a periodical dedicated to the Chicago blues scene. The magazine became the legendary Living Blues, the genre’s first American publication, with Garon as one of its founding editors. Galvanized by the civil rights and Black Power movements, the team was committed to contextualizing the blues as a vernacular expression, integral to black American heritage, engendered by the trauma of slavery, lynching, and general racial discrimination.

In their minds, this history was becoming increasingly encroached on by the well-off white artists who began appropriating the sounds and style of the genre in great numbers during the concurrent folk-blues revival. The Living Blues team replied to this industry trend, which they feared both robbed black Americans of a unique cultural tradition and threatened the political weaponization of the blues, by adding a subtitle — “The Magazine of the African American Blues Tradition” — and adopting a “blacks only” editorial policy.

This approach was not popular during a time when the genre was subject to mainstream international attention and much outrage was directed at Garon, who never shied from controversy as the most outspoken of the magazine’s staff. Garon responded with a few polemic editorials: “White performers have so much coverage and such high record sales (compared to blacks) that their notion of being victims of discrimination because Living Blues doesn’t cover them is quite laughable. As if Bonnie Raitt or Stevie Ray Vaughan were drowned in obscurity because of Living Blues’ ‘racist’ policies!”

Garon never minced words. “The real truth is that with white performers, the opinion of Living Blues is a drop in the bucket compared to the critical establishment that does care about them, that does cover them, that does give out Grammy awards, and that does decide whether they make it or not.”

His stance failed to convince some of the period’s other writers, who found him unwilling to keep pace with new perceptions of the genre and hoped its hostility to capitalist dogma would be seized by other populations as well. Garon’s position as a white critic — within a largely white editorial staff — also drew raised eyebrows. But his commitment to the preservation of this original racial identity was long-lasting, featuring again in “White Blues” (1993), his famed contribution to the new abolitionist journal Race Traitor.

In the midst of this debate, Garon published two meticulously researched blues history books in the 1970s alongside his continuing projects with the Chicago Surrealist Group. His debut, The Devil’s Son-in-Law: The Story of Peetie Wheatstraw and His Songs (1971), was one of the first — and today is still one of the only — biographies of a 1930s bluesman. Garon could only draw a rough sketch of the performer’s life: despite Wheatstraw’s status as one of the most influential figures of his era, a scarcity of archival material meant few of his biographical details were ever known, and his lack of recognition during the blues revival hardly helped. But the book was less concerned with arranging a chronology of facts than advancing a compelling argument in defense of the value of Wheatstraw’s contribution to the blues. Interrogating his lyrics and variable identity as the “High Sheriff from Hell” and the “Devil’s Son-in-Law,” Garon inferred that “these designations gave Peetie a sense of power, opposition, and resistance and it gave his listeners a figure of great majesty with whom they could identify.”

Published in 1975, his treatise Blues and the Poetic Spirit — now regarded as canonical literature on the subject — broke new ground by mining the psychological and sociological sources of the blues. His entirely original portrait tapped into the genre’s subconscious, swapping bourgeois preoccupations with talent for a Freudian analysis that dissected lyrics as surrealist poetry, extracting and analyzing symbols of eros, authority, magic, animals, and nighttime. He found in the portrayal of alienated labor one of the blues’ most prominent themes, “a strong and unmistakable desire for freedom from toil,” and launched into an expansive discussion that spanned Karl Marx, Herbert Marcuse, and André Breton.

Dedicating a groundbreaking chapter of the book to women’s liberation, his treatment of feminism’s blues history found favor with Angela Davis. When she shattered the rest of blues historiography in Blues Legacies and Black Feminism, she extricated his discussion on the topic from the rubble — only complaining that it wasn’t lengthier. Garon remained invested in the potential of the blues to elucidate women’s struggle, traveling with his wife, Beth, to the South to piece together a second biography of an overlooked ’30s performer, Memphis Minnie. Their pioneering account, Woman with Guitar: Memphis Minnie’s Blues (1992), remains today one of the few feminist-inflected studies of this period in blues history.

What’s the Use of Walking if There’s a Freight Train Going Your Way? Black Hoboes and Their Songs (2006), Garon’s final book, which was coauthored with blues writer Gene Tomko, explored the largely neglected dialogue between the blues and union culture. Hopping freight trains in search of jobs, many blues singers were migrant workers during hoboing’s heyday, which stretched from the mid-to-late nineteenth century to the Great Depression.

The reserve army of labor — socially detested, economically indispensable — was one of American capitalism’s most undervalued resources; in narrating the antagonistic environment these working men and women faced, Garon and Tomko uncovered a pivotal moment in twentieth-century labor history. From stories of toil in textile mills and coal mines to thrilling tales of “getting by” (hobo slang for an act of deception carried out to obtain free lodging, transport, or food), these songs manifested their writers’ resilience and clever outwitting of a system constructed to exploit them.

Often regarded today as antiquated, formulaic, or with a limited subject range, the blues is experiencing a significant lull in interest. But revisiting Garon’s expansive body of work with fresh eyes illuminates that the spirit of the blues is more vital than ever. Given the trend-based nature of the music industry, his historiography invites a rousing counternarrative: that the blues are too subversive, too radical, and too easily weaponized to be admitted back into the mainstream.

Perhaps the current union boom and resurgence of the labor movement will lead to a renewed recognition of the role that the blues played in a revolutionary chapter in working-class history. When Blues and the Poetic Spirit was reissued in 1996, Garon recalled his original intentions for the project and posed a question:

I thought it was important to show how the blues represented an authentic American poetic voice, a voice that used the capacity for fantasy to kindle the spirit of revolt by placing the primacy of desire ahead of the claims of reality. As it did this, it gave us a graphic representation of desire’s frustration and a stark and revealing look at humanity’s lot amid the clamor of advanced industrial civilization. . . . Can the blues still perform this function? Nothing could be more important at the present time.

Brittany Rosemary Jones is an art historian and writer.

The new issue of Jacobin is out now. Buy a copy, or a special discounted subscription today