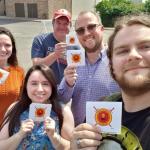 But you didn’t hear about this uptick in health care organizing, at least not in the New York Times and most other mainstream media.

What you likely did hear about in recent months are workers doing the same thing at companies with household names like Amazon, Starbucks, REI, Chipotle, Apple, and Trader Joe’s. Those efforts have provided a much-needed spark for labor organizing around the country and are the work of a patchwork of labor unions. The going is slow, though, and much more is needed to make an appreciable bump in the country’s dismal unionization rate.

Each Starbucks, for example, averages about twenty-five employees (Starbucks calls them “partners”) per store, which makes them easier to organize but harder for the numbers to add up. Amazon’s Staten Island warehouse, conversely, has eighty-three hundred employees, but organizing large warehouses is a heavier lift (as we saw at the failed union drive at Amazon’s LDJ5 facility). Still, there are at least 1.7 million employees available to organize in these warehouses and retail locations.

The news media has taken notice. The New York Times filed a number of stories over the summer on these drives, repeatedly connecting the victories at these particular workplaces as a rising current in US labor. An August 12 report noted that a Trader Joe’s union victory in Massachusetts was “part of a trend of recent union victories involving service workers at companies like Starbucks, Apple and Amazon.”

On the one hand, it’s refreshing that the Times has been covering the labor movement and where it’s expanding. And the Times has long been one of the few major national media outlets to consistently employ a labor reporter. On the other, the paper’s coverage is almost completely about companies with brands that are familiar to its upscale readership: Amazon, Starbucks, REI, Chipotle, Apple, and Trader Joe’s sound like either a lifestyle shopping list or a highly touted investment list for New York Times readers. (Those readers are “curious minds, engaged thinkers, global C-suite or emerging leaders,” the Times notes in its promotional material for advertisers.)

Apple (#1), Amazon (#2), and Starbucks (#8) are leaders on Fortune’s list of the World’s Most Admired Companies for 2022. Chipotle placed further down on the list, too, as one of the leaders in its industry.

As I have written in No Longer Newsworthy: How the Mainstream Media Abandoned the Working Class, the mainstream media still largely focuses on upscale consumer audiences. So this excellent coverage is in part due to labor unions organizing in companies that happen to already be on the radars of the Times and its readers. Workers’ organizing has landed right where the audience of the Times and other upscale mainstream media eats, drinks, shops, and invests.

Understanding this upscale orientation, one can see how the Times is attracted to these particular stories, as they note companies like REI, Starbucks, and Amazon “appeal to affluent and well-educated consumers” and find these workers of nonprofessional jobs as relatable because they are college-educated and even, in the case of one Starbucks organizer, a Rhodes Scholar.

Although working-class people can shop at Amazon, eat at Chipotle, and get coffee at Starbucks, these are still aspirational brands that profess a desire to transform consumers’ lives as part of their marketing. Chipotle uses organic and local food, and proclaims, “We believe food has the power to change the world.” Starbucks also promotes its supposed ecological values and adds, “We’re committed to upholding a culture where inclusion, diversity, equity and accessibility are valued and respected.” Amazon still claims it “strives to be Earth’s most customer-centric company, Earth’s best employer, and Earth’s safest place to work.” Trader Joe’s, REI, and Apple declare similar values.

For example, from the beginning of 2022 through the end of August, 325 Starbucks stores had filed for elections, and 230 had won a union, according to Starbucks Workers United. That adds up to a little over 5,000 new union members. But the Times missed the big story on health care unionization. In a check of the National Labor Relations Board’s records of the filings for representation elections this year through the end of August, election wins for health care workers in clinics, hospitals, and other care facilities totaled about 10,700 employees — double the Starbucks figure.

Elsewhere in the United States, workers are organizing in places that aren’t upscale or trendy, but illustrate the desire for collective bargaining, even in places with deep political conservatism. As it turns out, workers can get fed up in any political environment, and unionizing is a way to gain control over one’s work life.

The Times identified a trend of upscale businesses where workers are unionizing. But there is a larger phenomenon that explains and unites the broader organizing of baristas, registered nurses, housekeeping aides, and shoe makers: the continuing effects of the COVID-19 pandemic, which caused an enormous upheaval in employment, and a major reassessment by workers of the need for organizing after decades of low wages, meager benefits, and the rising cost of living for basic goods like rent and health care.

These more fundamental reasons for the organizing uptick were right there in the Times itself, in a quote from a story earlier this summer about workers at a Trader Joe’s in Hadley, Massachusetts, who voted to unionize: “In explaining their decision, Ms. Yosef and four colleagues, all of whom have been with the company for at least eight years, cited changes that had made their benefits less generous over time, as well as health and safety concerns, many of which were magnified during the pandemic.”

And although they were on the other side of the continent from the Hadley Trader Joe’s and in a line of work wholly different from sustaining an “adventure” for grocery shoppers, the concerns of the fifty workers who organized at a Medieval Times Dinner & Tournament in Buena Park, California were remarkably similar.

“Our rigorous performance schedule . . . weighs heavily on a show team that has been critically understaffed since reopening post-pandemic,” the organizing committee wrote on Instagram. “Through collective bargaining, we can close the gap and ensure that all performers are safe from injury.”

If you listen to the workers, you’ll understand there is nothing special about punching the clock at these name brands. None of them measure up to being “Earth’s best employer.” Nor should we be surprised that college-educated employees are joining unions – education and medical workers have been joining unions for decades, and it’s clear college degrees are not vaccinations against economic inequality and workplace mistreatment.

The Times is seeing one familiar segment of the organizing upsurge and imagines it is the whole. But it’s everywhere: the pandemic, decades of austerity, and the impunity of the capitalist class have left all workers fed up. The paper should keep covering the inspiring organizing happening at companies like Starbucks and Amazon — but it should also open its eyes to where and why that organizing is happening elsewhere.

Christopher R. Martin is a professor of digital journalism at the University of Northern Iowa. He is author of No Longer Newsworthy: How the Mainstream Media Abandoned the Working Class and Framed! Labor and the Corporate Media.