Three Workers Dead in Grain Silo, Including a Child. OSHA Can Do Nothing 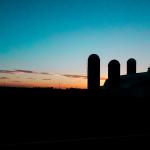 In what may be the largest mass casualty workplace event this year, three workers were killed after being trapped in a grain silo in Pennsylvania.  The workers included a 47-year-old, a 19-year-old and a 14-year-old.  A 16-year-old boy died at the same farm in March when he was trapped under a horse-drawn manure spreader that weighed more than 10 tons.

And despite the high death toll and age of the workers, neither OSHA nor the Department of Labor’s Wage and Hour division (which enforces child labor laws) can do anything about it.

The Center Daily Times reports that Andrew Beiler, 47, and his two sons — a 19-year-old and a 14-year-old whose names were not released — died of asphyxiation from “silo gas.” Apparently, “One of Beiler’s sons was working in the silo when his father checked on him, Michael said, citing first responder reports. The eldest Beiler jumped in to help, but was overcome by the gas. His second son followed, but was also overcome.”

Grain silos are well known death traps that kill dozens of workers, often children, every year. When grain gets stuck, workers often go in at the top of a silo to loosen the grain or “walk it down.” But when the grain starts flowing, it can suck the worker down like quick sand causing suffocation. Often multiple workers die when others go into the grain in an attempt to rescue the first victim.   Although there has been no investigation yet, these deaths are currently being blamed on “silo gas” (usually carbon dioxide or nitrogen dioxide) which forms when grain decomposes and can result in a person collapsing and dying within minutes, either due to oxygen displacement or toxicity.

OSHA’s grain handling standard requires employers to protect workers by training them, stop the conveyor system that moves grain at the bottom of the silo, use safety harnesses and provide a trained observer to respond to trouble. The standard also requires the air to be tested before entry and that the silo be ventilated.

Why Neither OSHA Nor Wage And Hour Can Do Anything

Farms are dangerous workplaces.  There were 39 farm and agricultural fatalities in Pennsylvania in 2020 according to Penn State Extension. This was a significant from the previous five-year average of 27.4 per year. Ten of the 2020 fatalities — over one-quarter — were 19 years and younger. You’d think that OSHA and the Department of Labor’s Wage and Hour division would be all over this.

There were 39 farm and agricultural fatalities in Pennsylvania in 2020 according to Penn State Extension. This was a significant from the previous five-year average of 27.4 per year. Ten of the 2020 fatalities — over one-quarter — were 19 years and younger.

All in the Family

But in this case, even where three workers killed, including a 14 year old child, no federal agency has the power to do anything.  Why?

First, these were all family members. Even where restrictions exist limiting employment of children, family members are excluded by Wage and Hour regulations. During the Obama administration, the Department of Labor attempted to significantly strengthen safety protections for minors working on farms, although even these would have excluded family members. Under intense pressure from farm state legislators, that proposal was withdrawn in the run-up to the 2012 elections and then-Secretary of Labor Hilda Solis promised not to resurrect it after the election.

In other words, on farms, parents are allowed to kill their children, as long as it’s done in a work context.

Second, even if we exclude the 14-year old and exclude the fact the the 19-year-old was a family member, OSHA would likely still be forbidden from investigating the incident or issuing citations because OSHA is not to enforce safety standards on small farms. Since the early 1970’s Congress has forbidden OSHA from stepping foot on a farm with 10 or fewer employees, to cite — or even investigate — work-related fatalities, injuries or hazards.  The appropriations “rider” states:

That none of the funds appropriated under this paragraph [OSHA funds] shall be obligated or expended to prescribe, issue, administer, or enforce any standard, rule, regulation, or order under the Occupational Safety and Health Act of 1970 which is applicable to any person who is engaged in a farming operation which does not maintain a temporary labor camp and employs ten or fewer employees . .

In other words, on farms, parents are allowed to kill their children, as long as it’s done in a work context.

This means that OSHA cannot check for hazards before injuries or deaths occur, or respond to employee complaints about unsafe conditions. OSHA is not even allowed to provide compliance advice to small farms. (Note, some OSHA state plan states do enforce OSHA standards on small farms — as long as they use non-federal funds.)

Congressional Democrats have periodically attempted to remove or modify the language, but legislators from farm states and the powerful American Farm Bureau have succeeded in keeping it. Even a 1999 proposal from Senator Jack Reed (D-RI) that would have given OSHA permission to investigate deaths on small farms if the victims were children failed. Reed’s proposal would only have allowed OSHA to determine the cause of the incident, with no power to impose penalties. Still not good enough for the American Farm Bureau.

No life, even a child’s life is too high to pay for unimpeded food production.

OSHA has long struggled to prevent grain silo deaths. After 26 deaths in 2010 —many of them teen-agers — then OSHA Assistant Secretary David Michaels sent letters to nearly 3,300 grain facilities in the country calling on them to to “prevent these needless deaths.” OSHA also launched a nation-wide National Emphasis Program targeting grain facilities which led to significant decrease in grain silo-related fatalities.

Nevertheless, OSHA was still forbidden from addressing hazards on small farms. In 2013, OSHA came under withering attacks from Republicans for mistakenly citing a small farm due to grain hazards and was forced to tighten its prohibition against enforcing the law on small farms. Republicans joined the Wall St. Journal jumped in declaring that “Tom Perez’s Labor enforcers go after the family farm.”

Of course, the family farm argument is based on a myth. The fact is that the family farmer, bedrock of America, feeding the country and the world is a thing of the long gone past. Small family farms barely exist anymore, having been replaced by corporate agriculture. In 2017, small farms of 1-9 acres represented just 0.1% of all farmland in the U.S.

But in the case of farms, size matters. And the ironic — or tragic — fact is that small farms are much more dangerous than large farms.

The reason for that, according to Dennis Murphy, a Penn State agricultural safety specialist. “As you get more employees, you take on more of a management structure, and you start looking like more industrial employers and, therefore, you come under safety regulations,” Murphy said. “As you get bigger, you get new farms that tend to be more safe.”

This farm was owned by an Amish family.  And although their religion has nothing to do with the inability of the federal government to protect workers on small farms, OSHA compliance among “Anabaptists” (e.g. Amish or Mennonite) has long been controversial. For example, there is a long history of fighting over whether Amish workers can be required to comply with certain OSHA standards.  The issue of whether they are required to wear hard hats came up at a Congressional hearing in 2015. OSHA exempts Amish workers from wearing hard hats, but MSHA requires them which did not sit well with Amish workers in a gravel quarry.

The Amish dress code allows men to wear traditional black and straw hats, but not hard hats. It is part of the society’s deeply held religious convictions that value modesty, said Edsel Burdge, a research associate at the Young Center.

Rather than defy their faith, at least six Amish employees have been forced to stop working in surface stone mines in Pennsylvania. We want to put our faith in God, not hard hats,” said Abe Byler, one of the Amish employees who works for Russell Stone Products in rural Grampian, Pa.

Over 10% of the farm deaths in Pennsylvania in 2020 were Anabaptists.