They Can't Stop Beethoven, Can They? Orchestral Workers Fight For Dignity

https://portside.org/2013-06-17/they-cant-stop-beethoven-can-they-orchestral-workers-fight-dignity
Portside Date: June 17, 2013
Author: Sam Pizzigati
Date of source: June 9, 2013
Too Much - A commentary on excess and inequality 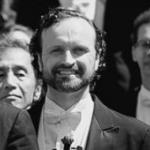 For the grasping managers of Corporate America - and the institutions their wealth dominates - no workers deserve dignity, not even the most amazingly accomplished.

What do bank executives who make $19 million a year do in their spare time? They do the same thing they do in the hours they spend in their executive suites. They squeeze America's middle class.

That's not, of course, what the flacks at U.S. Bancorp, the nation's fifth-largest bank, will tell you. They'll inform you that the CEO of their Minneapolis-based banking giant, Richard Davis, graciously gives of his spare time to serve on the board of the nationally renowned Minnesota Orchestra.

True enough. But CEO Davis brings to that board much more than a fondness for fugues. He brings the same corporate executive arrogance that has shoved labor's share of the nation's economic output down to modern-day record lows.

This redistribution - from worker to boss - has been rushing ahead now for over three decades. Since 1980, as analyst David Cay Johnston noted last week, "corporate pre-tax profits have grown at almost twice the rate of pre-tax wages."

Behind this massive redistribution: a relentless corporate offensive to minimize labor bargaining power by any means necessary. Including "lockouts."

Richard Davis chairs the negotiating committee at the nonprofit responsible for the Minnesota Orchestra. Last October 1, Davis and his fellow corporate managers who run the nonprofit "locked out" the orchestra's musicians after they refused to accept a contract offer that would have cut musician pay by up to 50 percent and jumped annual health care premiums by up to $8,000.

Ever since then, the Minnesota Orchestra's near 100 symphony musicians have gone without salary, health insurance, and pension contributions, the basic building blocks of middle class security.

These musicians are not striking. Quite the contrary. They offered to keep working while bargaining negotiations continued. They also offered to submit "to impartial, final and binding arbitration under the guidance of the Federal Mediation and Conciliation Service."

U.S. Bancorp CEO Davis and friends rejected these offers. They chose instead to keep the musicians from working - and wait for them to cave.

Back in America's middle class golden age, in the middle of the 20th century, such management behavior would have been unthinkable.

Back then, any corporate chiefs who locked out their employees in the middle of a labor dispute risked becoming pariahs in their communities, the sort of shady operators who would never be invited to sit on the board of a prestigious nonprofit like the Minnesota Orchestral Association.

A new anything-goes corporate management approach to labor relations soon took hold. Lockouts, in this atmosphere, would become simply another option in the modern American management toolkit - and the federal regulator created to safeguard the right to good-faith collective bargaining, the National Labor Relations Board, would prove too feeble to offer up much resistance.

U.S. Bancorp CEO Davis has had an up-close chance to see how effective a management tool lockouts could be. Nearly two years ago, another major enterprise in Minnesota, American Crystal Sugar, locked out 1,300 workers.

The unionized workers at Crystal, the nation's largest beet sugar producer, had solid middle-class jobs that averaged $40,000 a year, plus overtime. But in 2011 contract negotiations Crystal management demanded huge health care cuts and work rule changes that would undercut the job security of long-term workers.

The workers voted not to accept the offer Crystal labeled "final."In August 2011, Crystal then locked them out.

U.S. Bancorp's Davis expected total victory when his lockout began, too. But the musicians have hung tough, buoyed by widespread community support. Still, the hostile environment management has created has taken a toll. About a quarter of the orchestra's 98 musicians have taken jobs elsewhere or retired.

Richard Davis personally took home $18.8 million in 2010 for his U.S. Bancorp labors, several million dollars more than the annual wage and benefit cost of the entire Minnesota Orchestra. Since becoming Bancorp CEO over six years ago, Davis has averaged about $10 million annually.

Imperial CEOs like Richard Davis owe their grand fortunes, in large part, to the grand squeeze American workers have suffered over the last generation. These execs have been squeezing so long they simply cannot operate any other way.

Even music, turns out, cannot soothe the savage beast.

Aficionados of fine music - and advocates for a more equal America - can now support the musicians of the Minnesota Orchestra online.