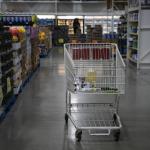 For most working people, the Federal Reserve Board is an obscure government institution, seemingly far removed from our lives. Yet when it meets on Tuesday and Wednesday, it is poised to raise interest rates yet again — a decision that could throw millions out of work and cause untold misery for the working class.

Since the beginning of the year, the Federal Reserve Board has increased interest rates four times, two of those times by 0.75%, which is much higher than typical. In each case, it has justified its actions as a means to fight inflation — but higher interest rates will not address the real causes of the inflation we are currently seeing: supply chain issues, the war in Ukraine and corporate profiteering.

Working people are justifiably outraged over increases in prices, especially of basic necessities such as gas, food and housing. However, inflation is only the latest blow to the living standards of members of the working class, who have been facing a cost-of-living crisis for decades. Since the 1980s, employers have been shifting health care costs onto workers, eliminating pensions and replacing them with 401(k)s and keeping wages low. Globalization and the shift to a service economy have meant the destruction of good union jobs and their replacement by part-time, temporary and low-wage jobs. Meanwhile, the costs of housing, health care, education and child care have risen much faster than workers’ incomes.

In fact, inflation has become a major political issue only because, unlike the costs of housing, child care or health care, it affects the wealthy. Inflation eats into the value of saved money, which they have, and it reduces the burden on those who owe money — the working class.

While inflation has cut into the pockets of working people, the tight labor market has simultaneously improved wages for employed members of the working class. Wage growth has been strongest at the lowest end of the wage scale, meaning that on average, inflation is not having as much of a negative impact on low-wage workers as on others. The current economy is, in fact, benefiting the poorest sections of the employed working class in a number of ways: They are more likely than usual to be employed, are able to work more hours (and therefore receive fuller paychecks), and are able to leave jobs that are abusive.

Rather than throwing our country into a recession with interest rate hikes, our federal government should take other measures to alleviate the pain being felt by working people, especially those on fixed incomes. Increasing Social Security payments, reinstituting child tax credit payments and providing inflation rebates to working people, which can all be paid for by taxing corporate profits and the rich, would put more money in working people’s pockets, allowing them to cope with higher prices.

Our government can also take steps to directly control prices, such as those contained in the Emergency Price Stabilization Act introduced by U.S. Rep. Jamaal Bowman, D-N.Y., in August. This legislation would allow the government to investigate corporate profiteering and issue appropriate controls and regulations to stabilize prices. It would also engage and mobilize the public in a manner modeled on the successful and popular Office of Price Administration that kept basic goods affordable during World War II.

Furthermore, Congress should strengthen workers’ ability to negotiate higher wages by immediately passing the Protecting the Right to Organize, or PRO, Act, which would make it easier for workers to form unions, and by fully funding the National Labor Relations Board to make sure it has the resources to enforce the existing labor law.

Our government has the tools to address the cost-of-living crisis. It just needs to use the right ones.

Carl Rosen is general president of the United Electrical, Radio & Machine Workers of America. Over the past 30 years, he has negotiated or acted as adviser for hundreds of collective bargaining agreements.