The Incentives To Get Workers Back to the Office Aren’t Working. Here’s What Would. 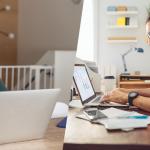 When millions of office employees started working from home in 2020, the plan for most was eventually to return to work, not stay remote forever. But two and a half years later, many workers really don’t want to go back to the office, and companies are struggling to figure out how to convince them to return, offering enticements like free food, prizes, and even alcoholic beverages to draw workers back.

Some companies are getting more creative than that, as this person who wrote to me recounts:

I have seen a lot of lures, and none of them are working. Free Coffee Day! Free Continental Breakfast Day! Free Pretzel Day! Then they upped their game to “Free Red Bull and come see some adoptable puppies!” They literally had puppies in the office. They almost got me with that one. If it had been “Free Wine and Kittens,” I would have burned rubber to get there.

I have to go in one day a week but I don’t want to do more than that. It is a really nice building, with plenty of meeting space, cafeteria with good food, coffee shop, gym, etc. As nice as that is, I still prefer yoga pants and my cat as my only co-worker. I get my own bathroom, full kitchen, and no commute. They really can’t beat that.

Some of the incentives employers are offering the reluctant to return are rooted in a lack of understanding of what workers might actually find compelling, as this person’s office demonstrates:

The snacks have always been a staple, but the latest has been a cornhole tournament that has dragged on for months (presumably because nobody wants to come in for their matches). Work-hour events with alcohol seem to bring in the most people, but it’s still a small portion. I feel like single offices (we have an open plan), child/pet/elder care stipends, or honestly a factual, mathematical explanation of why on-site work is beneficial would go further toward getting people in.

Of course, employers have the power to simply order employees back on-site. But many are taking a softer touch out of fear of losing significant portions of their staff, or particularly key employees, if they implement a strict mandate. As a result, some teams are just … refusing to return. Here’s a sampling of what I’ve heard from workers who have flat-out ignored their companies’ attempts to get them back on-site:

• “The C-suite at my company has been trying to bring everyone back to the office three days a week for about a year now, and my department (IT) has just collectively gone, ‘Nah.’ … Literally we just didn’t do it. Some people did at first, but when they saw no one else was showing up, they mostly stopped too.”

• “My office is bringing everyone back for no reason and it is not working. We are ‘required’ to be in the office three days a week but no one is doing it except for a handful of people who like working in the office. Our boss keeps trying to bribe us with cookies and cold brew but … that’s not nearly enough incentive. And there seems to be no stick—no punishment for people who flout the rules and don’t come in, so why would they? It’s all very weird. I am currently job hunting for something fully remote.”

• “My company actually did try pushing the issue, but honestly it just backfired. HR sent out angry emails about how we needed to be in the office, a few people went in, those people saw that the office was still empty so they stopped coming in, repeat a few times, and now we all know that blatantly ignoring the higher-ups won’t necessarily get us fired lol. They would’ve been better off just letting it go sooner.”

• “My company had mandated three days a week back in the office but I moved an eight-hour drive away, so I just said I couldn’t. This is a combination of me being at a point in my career where I have the confidence and capital to say no and knowing that there is other work out there for someone with my experience level. I could easily find a job, even if the job market was slow. The pandemic has just made it so most of the jobs I see posted in my field are remote, which gives me even more confidence.”

With huge swaths of the population determined not to go back to the office, I asked workers what would lure them back, if anything. Here’s some of what I heard:

• “What would get me back is real flexibility. I’m happy to work a hybrid schedule, but I have no interest in working a job where the number of days I come to the office per week or per month are kept track of. If I have a month where it makes sense for me to spend most of my time in the office, that’s fine. If I have a month where it’s just not necessary and I don’t feel like putting on real pants, I would hope that my employer could be as flexible with me as I’m willing to be with them. If I am doing my job to the expected standard, I hope that my employer can work with me in truly being flexible and not just worry about Butts in Seats.”

• “To me, the biggest thing is being able to clearly explain why it’s necessary. Don’t give some vague explanation like ‘it’s time’ or ‘we think it’s better’ but have a specific reason why you think it’s better to convince your employees that it’s beneficial. And that reason needs to be one that will hold up once people get there. Nothing is going to kill people’s enthusiasm about return to the office quicker than showing up and realizing that it’s exactly the same as working from home—also known as ‘you made me commute 45 minutes for this? Why??’ “

• “I’m medically vulnerable so if my company wanted to get me back in the office they’d have to implement policies and safety measures that would keep me safe. We’ve never had a vaccine mandate, they got rid of the masking policy as soon as legally possibly (and it was never actually enforced anyway), and have done nothing to implement improve air purification systems or other safety measures even though I work in the medical field and they know better. Showing how little they care about people like me gives me zero incentive to care about them.”

• “The ONLY thing that could get me to go back to an office five days a week would be a dream job and a dump truck full of money (i.e., an obscenely high salary) and living very close to the office. I don’t care about food or swag or any of the other ‘perks’ some companies are offering. I care about not wasting my time commuting, not wasting money on gas, being able to spend that extra time doing things like exercising or hanging out with my family, and being able to do minor household tasks during the day (like unloading the dishwasher or starting a load of laundry) while I microwave my lunch. Plus, I am more productive when I work from home so that’s a benefit to my employer. Unless the job market in my field drastically changes and I have no choice but to take a job in an office, I am NEVER going back to working a job where I am in an office five days a week.”

Child care, too, continues to be very much an obstacle. Child care spots are still hard to come by in many areas, and parents are still dealing with schools sending kids home without notice because of a classroom outbreak. No surprise, then, that child care came up frequently when I asked what would get people back to their offices:

• “Free or subsidized on-site child care is the only thing that would bring me back to an office. Eliminate my $4,000/month child care costs and in a setting where I don’t have to shorten my workday to drop off/pick up my offspring? I’ll work weekends too, and thank my employer for the privilege. Seriously.”

• “My company offers free, on-site child care for anybody coming into the office. Off-site child care (for two kids under 3) is $3,200/month. I’m in the office every day. As is every parent of any kid aged 5 and under.”

The pandemic, it seems clear, has dramatically changed many people’s understanding of what work is, and what it does and doesn’t need to be. The past two and a half years have shown many people—although certainly not everyone—that they don’t need to be in an office to get their work done. They don’t need to sit in traffic for an hour or two a day to commute, or pay for the gas needed to do that. And if their employers can’t counter with good reasons why those things are in fact necessary to get their work done, some workers just aren’t going back.

Part of this is a messaging issue. Employers with legitimate reasons to want people back haven’t figured out how to communicate those reasons in a convincing way. Some teams aremore productive in-person, and some remote workers underestimate the impact that staying remote has had on their team’s workflow, or how others might be picking up some of their responsibilities that are more easily done on-site. But when that’s the case, employers need to spell that out.

Otherwise, if employers don’t find ways to significantly increase the rewards for returning, efforts to cajole workers into giving up their newfound freedom and flexibility are likely to keep failing.

Few people are as knee-deep in our work-related anxieties and sticky office politics as Alison Green, who has been fielding workplace questions for a decade now on her website Ask a Manager. In Direct Report, she spotlights themes from her inbox that help explain the modern workplace and how we could be navigating it better.