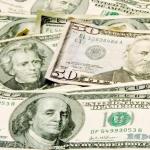 With the midterms underway, we have a better sense than ever before of how a few megadonors who have spent two years funding efforts to discredit the 2020 election are trying to influence the results of the 2022 vote. Prominent national financial supporters of false claims that the 2020 election was “stolen” from Donald Trump are spending big in races across the country for Congress and state offices, including positions that will play key roles in running or certifying the 2024 elections.

The Brennan Center has gathered what’s known about spending by the top national financers of election denying candidates. We found that just seven sources (counting married couples and key groups as single sources) have together given almost $71.5 million in support of state and federal candidates who cast doubt on the 2020 election, through both direct contributions and funding for super PACs.

The same sources have reportedly spent at least $64 million on efforts to overturn President Biden’s win — like lawsuits, the ballot review in Arizona’s Maricopa County, and the January 6 insurrection — or manipulate election processes for this year’s races — such as mass voter registration challenges in some counties and efforts in several states to recruit poll monitors and workers sympathetic to election denial. These activities are typically conducted through groups that don’t disclose their finances. In most cases, the only source of information available is a donor’s public claim to have given some amount, so we have no way of knowing the true scale of this spending.

Despite the huge amounts of money backing election denier candidates, they are still being outraised by their opponents in statewide races in battleground states, as we recently detailed in this report.

Packaging supplies magnate Richard Uihlein has funded several groups tied to challenging the 2020 election and the January 6 insurrection. In the current election cycle, Uihlein and his wife, Elizabeth, have donated almost $63 million to election denial candidates and super PACs supporting them.

Uihlein donated $12,000 to election denial candidates for secretary of state in Georgia and Nevada. He had not previously donated to secretary of state candidates in our sample going back at least through the 2010 cycle. The American Principles Project, a group largely funded by Uihlein, recently bought $300,000 worth of ads for Kim Crockett (R), an election denial candidate for secretary of state in Minnesota who perpetuates the false narrative that voter fraud is widespread. Together, the couple has given more than $57.5 million to election denial candidates for governor and supportive super PACs in states including Illinois, Florida, Michigan, and Pennsylvania. Of the $55 million, over $12 million went directly to Darren Bailey (R), a candidate for governor in Illinois who denounced the results of the 2020 election, saying, “all this fraudulent activity is absolutely disgusting” and calling the alleged fraud “almost the highest form of treason in our country.” Additionally, more than $42 million went to a super PAC supporting Bailey called People Who Play by the Rules.

Uihlein is the main funder of Restoration PAC, a super PAC that mostly spends in federal elections but also boosted election denial candidates in the Georgia gubernatorial primary, Arizona secretary of state primary, and local elections in Wisconsin. In the current election cycle, Uihlein provided $20.8 million of the committee’s $28.7 million revenue.

Uihlein gave $1.25 million to the Conservative Partnership Institute, which employs Cleta Mitchell, a lawyer who worked on the Trump campaign’s lawsuit to “set aside and disregard the election results” in Georgia over alleged fraud and participated in the phone call in which Donald Trump demanded state election officials “find” 11,780 votes for him. The Republican National Committee has relied on Mitchell and the Conservative Partnership Institute for an “election integrity” operation to recruit and train thousands of Republican poll workers in battleground states. Uihlein has given to groups involved in the January 6 insurrection, including $4.3 million to the Tea Party Patriots, $200,000 to the Federalist Society, and $30,000 to Turning Point USA.

Former Overstock.com CEO Patrick Byrne said he has spent $20 million trying to convince people that the 2020 election was stolen. He participated in a December 2020 Oval Office meeting discussing the possibility of the military seizing voting machines. Byrne is the main funder of the America Project, a nonprofit that pushes election denial narratives. In the current election cycle, Byrne and the America Project have donated over $330,000 to election denial candidates and super PACs supporting election deniers.

Byrne claims to have spent $20 million pushing election denial. Here we list the activities that the press has reported. The America Project contributed $3.25 million to help fund the partisan review of the 2020 election results in Maricopa County, Arizona, by the company Cyber Ninjas. A person Byrne said he paid $200,000 to investigate Colorado voting was present and spoke to Byrne over FaceTime when Mesa County Clerk Tina Peters allowed unauthorized access to voting machines, which led to her indictment.

Byrne said he donated about $8 million to launch “Operation Eagles Wings,” an “election integrity” drive that trains election denial activists in swing states to work polls and knock on voters’ doors in an attempt to find evidence of fraud. In addition, Byrne has funded an “election integrity” group called Virginians for America First; paid for flights in support of the now-discredited investigation of voting machines in Antrim County, Michigan; and, through the America Project, supported a group called One More Mission that recruits military veterans to monitor polls with videos of war imagery saying “beat the cheat.”

Save America gave $1 million to the Conservative Partnership Institute, discussed above. The group also donated $1 million to the America First Policy Institute, a think tank set up by former Trump officials to promote his agenda and “election integrity” themes. And Save America contributed $150,000 to Secure MI Vote, the group opposing Michigan’s ballot initiative that would expand voting access.

Michael Rydin, the CEO of a Texas construction software company, has ties to the Conservative Partnership Institute. In the current election cycle, he has donated $15,500 to election denial candidates running for statewide positions.

Rydin contributed $12,000 to Jody Hice’s (R) secretary of state campaign in Georgia. He had not previously donated to secretary of state candidates in our sample going back through at least the 2010 cycle. He gave $2,500 to the reelection campaign of Florida Gov. Ron DeSantis (R), who has promoted election denial theories. Rydin also donated $1,000 to Texas Attorney General Ken Paxton (R), who led a lawsuit that attempted to block other states’ Electoral College votes.

According to a Conservative Partnership Institute report, Rydin helped the organization buy a $1.5 million townhouse, which the group now calls the “Rydin House,” next to their leased headquarters.

The Presidential Coalition is led by David Bossie, whom the Trump campaign initially assigned to lead its election challenge efforts before Bossie was sidelined by a Covid-19 infection. The group has contributed a total of $180,250 to election denial candidates running for secretary of state, attorney general, and governor.

The Presidential Coalition gave $167,750 to election denial candidates for governor and supportive super PACs in states like Pennsylvania, South Dakota, and Florida. The group also gave a total of $10,000 to election denial candidates for secretary of state in Georgia, Michigan, and Pennsylvania. The Presidential Coalition contributed $2,500 to Matthew DePerno (R), a candidate for attorney general in Michigan who questioned the 2020 results and is accused of involvement in improper access to voting machines to gather evidence of fraud.

Home Depot cofounder Bernard Marcus has contributed a total of $3.35 million in this election cycle to election denial candidates and super PACs supporting election deniers, including $500,000 to DeSantis and $100,000 to a super PAC supporting Tudor Dixon (R), a candidate for governor in Michigan who responded “yes” when asked if Donald Trump won the 2020 election.

MyPillow CEO Mike Lindell claims to have spent up to $35 million trying to overturn the results of the 2020 election. Lindell says he funneled as much as $800,000 to Mesa County Clerk Tina Peters’s legal defense. He also gave about $500,000 to a lawsuit in Arizona filed by Mark Finchem and Kari Lake, Republican election denial candidates for secretary of state and governor in Arizona, respectively. The lawsuit sought to eliminate Arizona’s voting machines but was dismissed for lack of evidence. In addition, Lindell funds Cause of America, a group that spreads false claims about election fraud.

The top national financers of election denial candidates have poured tens of millions of dollars into state and federal elections and election–challenge activities in recent years. Many of the donors we identified had not previously given in races for secretaries of state, positions that will play key roles in running the 2024 elections.

With Election Day coming up, we will soon have more evidence as to whether contributions by election denial–supporting individuals and organizations helped elect election deniers in swing states and around the country.