Marxists Changed How We Understand History 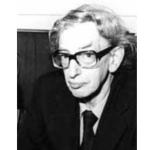 While the culture warriors of the populist right like to believe that Marxism dominates our universities and cultural institutions, in truth, its contemporary presence is rather marginal. Few academics today would describe themselves uncritically as “Marxists.” Fewer still would feel themselves bound by any party line. In the discipline of history in particular, the Marxist approach is now frequently criticized as economically deterministic, failing to account for human agency, and reducing complex historical developments to the unchangeable processes of economic systems. In the crudest interpretations of Marx’s writings, all ideology, law, politics, culture, and civil society is reducible to the makeup of the economic base; the study of historical development becomes an unchangeable science, accessible with only a Marxian understanding of economic exploitation.

While this approach may be one held by the most dogmatic, and least insightful, of Marxist theoreticians, it was passionately challenged by some of the most influential historians of the twentieth century. First clustered around the Communist Party Historians Group, the British Marxist historians (among their leading lights Maurice Dobb, Rodney Hilton, Christopher Hill, Eric Hobsbawm, and E. P. Thompson) held mighty ambitions both in the world of historical scholarship and political activism. They aimed to transcend the vulgar base-superstructure model that had held back Marxist theory, to enlarge the concept of class in our understandings of the past, and to recover the forgotten struggles and ideas of the working classes. As Harvey Kaye’s new edition of his classic 1984 study demonstrates, the British Marxist historians were the authors of an important theoretical tradition far more nuanced than detractors admit, one that can teach us much both about the study of history and its value to radical politics today.

As Kaye demonstrates, the British Marxist historians made contributions both scholarly and political. At the most basic level, they expanded the horizons of historical research, writing, and understanding. For too long history had been limited to the study of ruling political elites, military campaigns, or diplomatic intrigues. The lives of the ordinary people seldom registered. In expanding the traditional scope of historical research, the British Marxist historians sought to uncover the more complex and representative “social totality” of the past. Maurice Dobb, for example, pushed the study of economic history to a more encompassing definition of capitalism as a historically specific social relation, deploying the beginnings of an interdisciplinary approach that now dominates academia. This push to broaden history’s scope in turn led to the tradition’s most politically potent concept: history from below.

By focusing on the work, lives, and ideas of ordinary people, the British Marxist historians rediscovered the political agency and intellectual creativity of the working and peasant classes of the past. Far from the passive victims of epochal changes (the decline of feudalism, the rise of capitalism and imperialism, to name a few) the working classes, from the medieval to the industrial age, were redefined as influential historical actors, however limited by the exploitations of class relations and the domination of state power.

Rodney Hilton wrestled definitions of “feudalism” away from being simply a system experienced by a handful of elite members of the ruling class, to something that affected the lives of the everyday peasantry, and motivated their own doomed, but no less influential, rebellions. The English Civil War, for Christopher Hill, was an English revolution, simultaneously laying the foundations for the future development of capitalism, while also mobilizing a failed democratic revolution whose leading actors (the Levellers, Diggers, and Ranters) produced revolutionary ideas ranging from mass democracy to a form of early communism to even free love. In his studies of precapitalist southern Europe Eric Hobsbawm rediscovered the “primitive rebels” of Robin Hood–style banditry, while also defending the rationality behind the Luddite machine breakers in industrial Britain. Finally, in his magisterial study of the “making” of the English working class, E. P. Thompson recovered both the radical ideas of the Jacobin clubs and religious dissenters, but also the “moral economy” enforced by riotous mobs on the streets of London.

This push to broaden history’s scope, and recover a forgotten world of working-class agency and radicalism, was matched by a desire to overcome the inadequate base-superstructure model that had defined classical Marxism. Far from being economic determinists, the British Marxist historians rejected a static, ahistorical analysis of class stratification, instead seeing “class” as a form of social relationship between human beings, developed over time, frequently contested through bitter struggle. Class was not a mere economic category, but a historical phenomenon played out in our social lives and cultural formations, in practices, rituals, ideas, and values. Through the concept of class “experience,” the British Marxist historians elucidated a way in which class struggle and exploitation shaped the social consciousness, recognizing the essential importance of the material without abandoning human agency.

This reconceptualization forms part of what Kaye defines as the Marxist historians’ “Theory of Class Determination,” with class struggle played out simultaneously in the social, economic, political, and cultural realms, defined as the motor of history.

While the “class determination” of the British Marxist historians may have come at the risk of excluding other forms of oppression, the subsequent development of other “histories from below” has borne the direct influence of this original tradition. From women’s history, flourishing in the work of socialist-feminist historians like Sheila Rowbotham and Sally Alexander, to the growing work on black British history, to microhistory or oral history, the discipline’s focus has been wrenched from the hands of kings, knights, and clergy. While not always possessing the same explicit ideological commitment as the Marxist originators, the shift away from the elite to ordinary people, their day-to-day lives, work, even emotions, is an indelible and potentially irreversible change of focus.

As Kaye emphasizes throughout, the British Marxist historians were not mere armchair intellectuals, but also politically active, in some instances to the detriment of their scholarly output. They all played some role in the democratic opposition within the Communist Party of Great Britain (CPGB), and many would lead the foundation of the British New Left after 1956. E. P. Thompson wrote and campaigned passionately against nuclear weapons and the encroachment of ancient civil liberties during the Cold War. Christopher Hill would remain a supporter of numerous left-wing causes and publications well into his eighties. Ironically, the most popular of the British Marxist historians, and indeed one of the best-selling historians of all time, Eric Hobsbawm, was both the tradition’s most economically deterministic, but also its most ideologically moderate (despite his lifelong membership of the CPGB). By the 1980s, his warnings that the “forward march of labour” had halted because of major changes in Britain’s class composition bore a major influence on Labour’s painful process of ideological moderation, culminating in New Labour.

While political differences naturally emerged as the decades wore on, all the historians profiled by Kaye articulated a form of libertarian socialism rooted just as much in the folk heroes of England’s radical past, ranging from Wat Tyler to William Morris, as the writings of Marx and Engels. As such, the rediscovery of old struggles and radical ideas provided new sources of ideological inspiration and even a new radical national identity for the British left.

As academia remains a flashpoint in the culture wars, a reappraisal of the role of the “academic-activist” is a timely one, and the historians Kaye outlines in this book (Thompson in particular) appear as archetypal examples. They were also, to some extent, beneficiaries of a more benevolent age. Academic jobs were well-paid and plentiful in the postwar era as universities expanded and student numbers boomed. A vibrant adult and workers’ education movement provided further opportunities outside of the conventional “elite” universities. Now, the chronic casualization of academic labor leaves historians so overworked and time-starved that finding the time to write or research, let alone politically organize, appears a near-impossible task. In such unpromising times, a rediscovery of the multitudes who came before and fought against exploitation and in defense of their ancient liberties could provide a far more direct source of inspiration than even the Marxist historians could have initially imagined.

Alfie Steer is a doctoral student at the University of Oxford, researching the history of the Labour left from the late 1980s to 2015.

Subscribe to Jacobin to help us build a real, socialist alternative to billionaire media.