Race Is Always on the Ballot 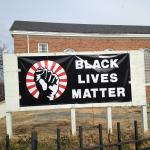 What most of America doesn’t understand is that there has not been an election where race and white supremacy has not been on the ballot. The issue of voting rights, who can and cannot vote, health care, crime, Supreme Court nominees, a women’s choice, guns or taxes all boil down to who keeps and who is able to take away.

From the inception of the nation — with a Constitution framed by slaveholders in which three-fifths of Black people were counted to protect the rights and political power of white elites — white supremacy has been embedded in the political discourse, whether overt or covert, and race is always on the ballot. Politicians have actively pursued the “Southern strategy” in national elections by playing upon race for the southern voter, which is morphed into criminal hordes for the northern voter. And, I would be remiss if I did not mention the fears of the surge of darker peoples on the southern border.

We have listened, historically, to slogans of a “war on drugs,” “tough on crime,” “affirmative action,” “reverse discrimination,” “welfare queens,” and “Willie Horton” as some of the sounds that ring, and have been used to racialize elections, at different times in American history. The issue is when will a majority of white people awaken to the fact that they have been used in the game of preserving white supremacy for the benefit of white elites. As Lyndon Johnson once reflected to a young staffer at that time, Bill Moyers: “If you can convince the lowest white man he’s better than the best colored man, he won’t notice you’re picking his pocket. Hell, give him somebody to look down on, and he’ll empty his pockets for you.”

Race has certainly been on every ballot in the country, and these midterm elections were not exempt.

There is a collective sigh of relief that a “red wave” did not fully manifest itself, and that Democratic control of the Senate will remain, while the Congress will likely fall under the control of the Republicans, but not by a wide margin. The media and political pundits predict the end of Trump and herald the rise of a Trump replacement on the right: Ron DeSantis, governor of Florida. There will be a run-off election in the state of Georgia between Rev. Raphael Warnock and Herschel Walker. And, some will argue that the system worked, even down to the racist history of run-off elections in Georgia and its precursor, the County Unit System.

The County Unit System that preceded run-off elections had the same racially odorous effect. After slavery and during Reconstruction one-man-one-vote was militarily enforced. This meant that in many places the Black vote outnumbered the white vote. So, as whites rolled back the reforms of Reconstruction and regained control of state legislatures, County Unit Systems and other methods were employed to ensure white victories in elections. After the U.S. Supreme Court rendered the County Unit System unconstitutional in 1963, Georgia legislators feared that the end of that system would jeopardize white political power.

Georgia State Rep. Denmark Groover, seeking to maintain white advantage in elections, drafted a bill to change the primary and general election systems from a plurality to a run-off system. The bill, passed in 1964, codified that if a candidate (targeting Black people and their allies) finished first or second but without 50 percent of the vote plus one, the race would be subjected to a run-off election, where the white vote could coalesce around the white candidate and guarantee the election of the white candidate. Though the current scenario in Georgia is between Black candidates, the use of skin color is an ideological distraction because what remains on the ballot is the white supremacy of old, represented by Herschel Walker, or the thrust of Reconstruction inclusiveness represented by Rev. Raphael Warnock.

Those who think this criticism is too harsh and pointed need only to look around at the closeness of many of the midterm races. The question must be asked, how come so many of the election deniers, emboldened racists (hiding behind freedom of speech), and MAGA-maniacs got so many votes, coming so close to victory, and in some races were victorious?

Race was on the ballot. The country has never confessed that the ideological issues that led to the Civil War, and re-emerged after the dismantling of Reconstruction have never been dealt with. Today, what has been on the ballot are still the issues of white supremacy and whether the politics of inclusion and compassion can be defeated once and for all. We seem to have almost dodged a bullet this time. There are some flesh wounds, and yet we will have to fight for civil rights and inclusion again on another day, and in another election.

Rev. Graylan Scott Hagler is the pastor emeritus at Plymouth United Church of Christ, in Washington, D.C., and founder and director of Faith Strategies, which engages in political ministry and partners with FOR-USA. He is co-chair of the Black Homeownership Strike Task Force to combat the racial wealth gap in Washington, D.C, and has served as co-chair of the D.C. Poor People’s Campaign.

Waging Nonviolence is a nonprofit media organization dedicated to providing original reporting and expert analysis of social movements around the world. With a commitment to accuracy, transparency and editorial independence, we examine today’s most crucial issues by shining a light on those who are organizing for just and peaceful solutions.  Through on-the-ground movement coverage and commentary that draws on both history and the latest research, Waging Nonviolence works to advance the public’s understanding of movements and their key role in shaping politics. Our stories inspire readers to realize the powerful agency they possess.

Waging Nonviolence is only able to produce unique, in-depth movement news and analysis with your financial support.  Donate