Elon Musk Went on a Firing Frenzy at Twitter. Now He’s Paying for It 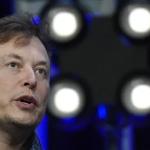 When Elon Musk bought Twitter for $44bn, he clearly didn’t know that the key assets he was buying lay in Twitter’s 7,500 workers’ heads.

On corporate balance sheets, the assets of a corporation are its factories, equipment, patents and brand name.

Workers aren’t considered assets. They appear as costs. In fact, payrolls are typically two-thirds of a corporation’s total costs. Which is why companies often cut payrolls to increase profits.

The reason for this is corporations have traditionally been viewed as production systems. Assets are things that corporations own, which turn inputs – labor, raw materials and components – into marketable products.

Reduce the costs of these inputs, and – presto – each product generates more profit. Or that’s been the traditional view.

Yet today, increasingly, corporations aren’t just production systems. They’re systems for directing the know-how, know-what, know-where and know-why of the people who work within them.

A large and growing part of the value of a corporation now lies in the heads of its workers – heads that know how to innovate, know what needs improvement, know where the company’s strengths and vulnerabilities are found, and know why the corporation succeeds (or doesn’t).

These are becoming the key assets of today’s corporations – human assets that can’t be owned, as are factories, equipment, patents and brands. They must be motivated.

So when Musk fired half of Twitter’s workers, then threatened to fire any remaining dissenters and demanded that the rest pledge to accept “long hours at high intensity” – leading to the resignations last week of an estimated 1,200 additional Twitter employees – he began to destroy what he bought.

Now he’s panicking. Last week he tried to hire back some of the people he fired. On Friday he sent emails to Twitter employees asking that “anyone who actually writes software” report in, and that he wanted to learn about Twitter’s “tech stack” (its software and related systems).

But even if Musk gets this information, he probably won’t be able to save Twitter.

Without this knowledge and talent, Twitter is a shell – an office building, some patents and a brand – without the capacity to improve or even sustain its service.

It’s unlikely to fail all at once, but bugs and glitches will mount, the quality of what’s offered will deteriorate, hateful tweets will burgeon, and customers and advertisers will flee.

As Richard Forno, assistant director of the Center for Cybersecurity at the University of Maryland told the New York Times: “It’s like putting a car on the road, hitting the accelerator, and then the driver jumps out. How far is it going to go before it crashes?”

Not even Donald Trump seems particularly eager to take up Musk’s offer to have him back on the platform.

Safe to say, Twitter is no longer worth the nearly $44bn Musk paid for it. It’s probably now worth only a fraction of that – a fact that should be of no small concern to the bankers who lent Musk $30bn to purchase Twitter on condition he pay $1bn a year in interest.

First, corporations that regard employees only as costs to be cut rather than as assets to be nourished can make humongous mistakes. Elon Musk is Exhibit 1.

Second, where corporations view employees as costs, the traditional way for employees to flex their muscle is to strike, thereby temporarily closing factories and stopping the machines.

But where employees are a corporation’s key assets, workers’ greater power comes in threatening to – or actually – walking out the door.