Everyone Will Feel the Impact of Inflation at Thanksgiving. Some Will Face Food Insecurity Long Past the Holiday. 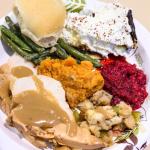 Many of the foods on your Thanksgiving plate originate here in Wisconsin. And this up-and-down year for Wisconsin farmers means the meal we share while giving thanks will cost more for many of us—and be painful for the most needy among us.

A strong cranberry harvest this year means that Wisconsin will easily hold onto its title as the nation’s number one producer, said Nodji Van Wychen of the Wetherby Cranberry bog near Warrens.

“This year was a welcome relief after last year, when the harvest was down 30 percent,’’ said Van Wychen, whose grandkids are the fifth generation of the family to work the bogs. In 2021, a rainy pollination season meant the bees stayed in their hives, cutting pollination of the blooms and the eventual harvest. This year, Wisconsin is looking at a harvest of 5.2 million barrels, with each barrel filled with 100 pounds of ruby red berries. 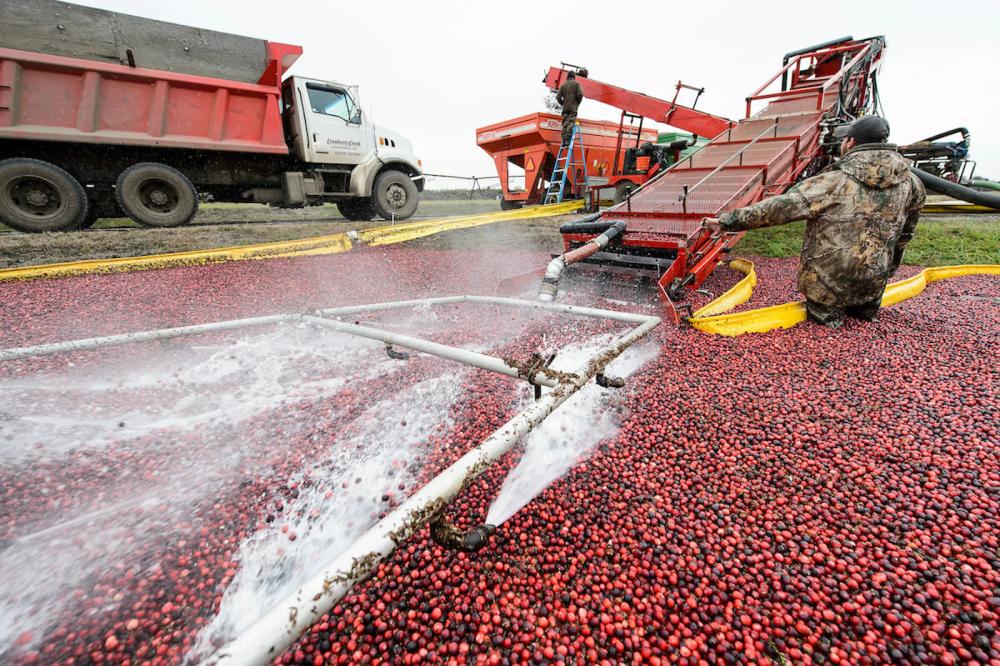 Farmers harvest cranberries in 2015 from a flooded-cranberry marsh at Cranberry Creek Cranberries, Inc., an 850-acre farm in Necedah, Wis. (Photo by Jeff Miller/UW-Madison)

While most of their berries are sold for processing, fresh berries under the Wetherby brand are sold through Lunds and Byerly’s stores in theTwin Cities market, Sendak’s stores in the Milwaukee area, and the Dane County Farmers Market.

Van Wychen says this will be the 28th consecutive year that Wisconsin will beat Massachusetts for the cranberry crown.

Things are not as rosy in the state’s turkey industry. Avian influenza, carried by migrating birds, hit Wisconsin farmers hard. At least four Wisconsin farmers, including a large Jenny-O brand producer in Cameron in Barron County,  had to destroy their flocks to halt the disease spread.

Large Minnesota producers were also hit. Andrew Stevens, assistant professor of Agricultural and Applied Economics at the University of Wisconsin Madison, said the turkey harvest is down six percent from a year ago, leading to a price increase of about 15 percent. (Farmers are also dealing with inflation in feed and fuel costs.)

“Especially on Thanksgiving, when demand for turkey is pretty inelastic, that means we’re going to see higher prices,’’ Stevens said. “I predict retailers will make less profit than they usually do. There’s less profit to go around through the food chain.

In normal years, grocers will often discount turkey prices, taking a loss that they make up for by luring shoppers who buy other items.

“There will be turkey options. I don’t see a Thanksgiving where you’re not going to find anything,’’ he said. “Poultry prices are really up right now. But beef and pork are under inflation figures. So that big ham might be a Thanksgiving option this year.”

The other place that avian influenza will affect your Thanksgiving bill are the eggs for baking. Stevens said we’re seeing “crazy price increases” for eggs, which are up at least 25 percent this year. The current price of $2.34 a dozen is 45 percent above the five-year average.

Meanwhile, potato prices are up to $1.60 a pound, up 20 percent from a year ago. Wisconsin is the third largest potato-producing state. 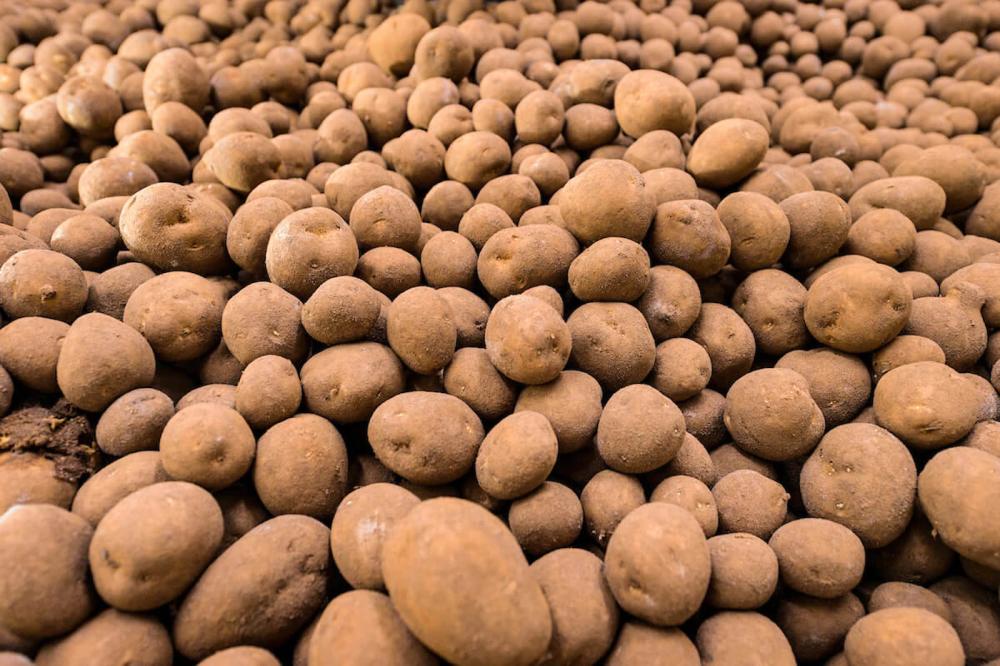 For most shoppers, these increases are just annoying, but for others, they mean the difference between eating and not eating.

“As we talk about higher food prices around holidays, a way more impactful story is: What does that weekly food bill look like for that family that is just scraping by, and struggling to pay for medical bills and heat?’’ Stevens said. “With food prices up 11 percent over last year, that’s a much bigger problem for people who are barely getting by.”

At the Second Harvest Food Bank, which serves 16 counties in the southwest corner of Wisconsin, demand for food has “returned to pandemic levels of distribution,’’ said communications director Kris Tazelaar. Second Harvest is distributing about 1.9 million pounds of food a month.

Families shopping at the food banks supplied by Second Harvest are being stressed in a number of ways, Tazelaar said. Not only are they paying more for gas, food, and rent, he said, “a number of programs that helped during the pandemic, such as enhanced benefits and rent support, are coming to an end.”

Meanwhile, Second Harvest itself is nearing the end of funds from the American Rescue Plan. People who want to help can provide their local food banks with donations, he said, but also by rolling up their sleeves.

“There are a lot of ways people can help without taking out their checkbooks,’’ he said. “We all need volunteers who want to help people who just need a helping hand.”

Second Harvest will be distributing turkey dinner fixings to its member organizations that have holiday plans. These include the Goodman Center in Madison, which has been fundraising in order to supply holiday baskets to 4,000 families. This year, the center estimates the cost of those baskets will increase from $70 to $80.

A smaller food pantry in Mount Horeb, Neighbors Helping Neighbors, will also be getting Second Harvest turkeys to supply delivered meals to the elderly and others who have nowhere to go on the holiday. Like the Goodman Center, Neighbors has seen a doubling in the number of people using its pantry each since the beginning of the year.

“Because meals are so important to the holidays, it raises our awareness of the issue, but hunger in our community exists 24/7,’’ Tazelaar said. “The same people are going to be struggling as much on June 25 as they are on December 25."

See Courier’s website for additional information about our national team and our funding model.  DONATE