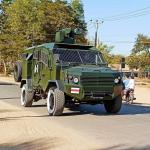 International relations remains the sum game of vast hypocrisies, a patchwork of compromises and the compromised. Every moral condemnation of a regime’s conduct is bound to be shown up as an exercise in double standards, often implicating the accusers. In the case of the military regime in Myanmar, double standards are not only modish but expected.

A number of international declarations and measures have targeted Myanmar’s regime for its blood-soaked brutality, its genocidal practices against the Rohingya, and its general contempt for the human rights of its citizenry. In a statement last November, US Secretary of State, Antony J. Blinken took note of the military’s “brutal campaign of violence against the people of Burma, carrying out lethal air strikes against the political opposition and the broader civilian population.”

In response, the US Department of Treasury designated Sky Aviator Company Limited and its owner and director, Kyaw Min Oo “for operating in the defense sector of the Burmese economy.” The company in question had “received multiple arm shipments from sanctioned entities”, while Kyaw had been responsible for facilitating “foreign military officers’ visits to Burma as well as the import of arms and other military equipment and provided assault helicopter upgrades.”

Despite such seemingly bold responses, Myanmar’s military junta is not short of business partners. Indeed, business, notably in the arms market, continues unabated and with some energy. Such conduct has also done much to make a mockery of the suite of sanctions and injunctions being imposed by the EU, United States and other states upon the country’s entities and its military personnel, notably since the February 2021 coup.

Last year, for instance, the Indian company Sandeep Metalcraft supplied 3000 fuses to Creative Exploration Ltd, Myanmar’s arms broker formerly known as MySpace International). This is despite India being a signatory to the Wassenaar Arrangement on Export Controls for Conventional Arms and Dual-Use Goods and Technologies, which obliges it to apply export controls on ammunition and associated products. This becomes particularly important where the supply of such material might be used in violation of the Geneva Conventions, or to aid and abet the commission of crimes and atrocities.

In August that same year, Justice for Myanmar also noted that as many as 116 Myanmar and Singapore companies with 255 directors and shareholders brokered deals involving the furnishing of weapons and other equipment to the regime, including the period since the February 1, 2021 coup.

In a report from three former United Nations experts as part of the Special Advisory Council on Myanmar (SAC-M), the verdict about companies in the United States, Europe and Asia is distinctly negative. Such entities are officially domiciled in thirteen states, including France, Germany, China, India, Russia, Singapore and the United States. Using source materials comprising leaked budget documents from the Ministry of Defence, interviews with contacts with the Myanmar military, and statements from witnesses of human rights violations showing security forces armed with various weapons, a dark picture emerges.

The authors note that Myanmar’s military has progressively moved towards becoming more self-sufficient in weapons manufacturing in a number of areas. The state, however, is not entirely weaned off foreign assistance. The Directorate of Defence Industries (DDI) remains “reliant on international supplies, including for a variety of raw materials, parts and components and end-items, as well as machinery and technology, for the sustained production – both licensed and un-licensed – of the weapons in its arsenal.”

The DDI has also, whether through production taking place under license or not, “obtained the technology and know-how to produce a variety of its weapons through various types of transfer of technology (ToT) deals.” Such deals have involved the receipt of whole weapon production plants, also known as turn-key projects, accompanied by engineer support for those supplying the technology. These include State-owned companies from Italy to Ukraine.

The report identifies the role played by automated machines, including Computer Numerical Control machines, manufactured by companies with domiciles in Austria, Germany, Taiwan and the United States. These are currently being used by the Myanmar military at factories responsible for its weapons production. To accompany this are software programs made by companies which have their legal domicile in France, Israel and Germany.

The authors are keen to point out the role played by Singapore, which “functions as a strategic transit point for potentially significant volumes of items – including certain raw materials – that feed Myanmar military’s weapon production.” Companies legally domiciled in Singapore have played significant roles in brokering deals and exporting military related items to the DDI or relevant civilian front companies for the Myanmar military.

Not to be outdone, Taiwan also fulfills an important role as transit point for the DDI’s purchase of high precision CNC machines, including those from European manufacturers, that aid KaPaSa arms manufacturing, a country-wide complex which involves some 25 entities.

The authors are direct and unequivocal about their grisly findings. “In short, weapons produced by the Myanmar military in-country at its KaPaSa factories have been used in the military’s widespread and systematic attacks against civilian targets, prior to, during and after the 2021 attempted military coup, and continue to do so.”

A statement from the SAC-M’s Yanghee Lee, a former UN Special Rapporteur on the human rights situation in Myanmar, recapitulated the point: “Foreign companies are enabling the Myanmar military – one of the world’s worst human rights abusers – to produce many of the weapons to commit daily atrocities against the Myanmar people.”

Lee went on to make the obvious point that such companies and their home states had “moral and legal responsibilities to ensure their products are not facilitating human rights violations against civilians in Myanmar.” Not doing so made the parties “complicit in the Myanmar military’s barbaric crimes.” It is a complicity that continues to be lightly worn in capitals from Washington to Brussels.

The CounterPunch website is offered at no charge to the general public over the world wide web. New articles, from an independent left-leaning perspective, are posted every weekday. A batch of several articles, including the Poet’s Basement, and Roaming Charges by Jeffrey St. Clair, are posted in the Weekend Edition. After the initial posting, these articles are available in the archives which can be searched by using any of the search boxes on the website.  CounterPunch also publishes books, and published a newsletter and magazine from 1993 to 2020.  The CounterPunch+ Subscriber area of our website features subscriber content and access.