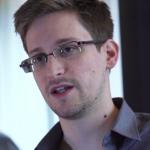 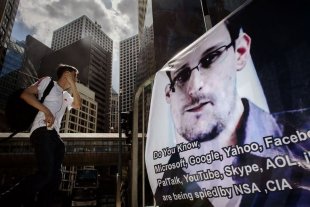 credit - Yahoo! Finances
The story of Edward Snowden and how he got to be in a position where he could leak details of the National Security Administration's (NSA) surveillance program is revealing a great deal about the privatization of our national security system. Much of what we are seeing is not pretty.
First, I am not condemning Mr. Snowden. To my mind he provided a great public service at enormous personal risk. The terrorists surely knew that the government was tracking them. The news in Snowden's leak is that the government is also tracking everyone else. This sort of surveillance should be subject to careful scrutiny, which is not the case now. By making the government's pattern of surveillance public, Snowden at least created the possibility that it would be reined in.
A private enterprise
However, apart from the extensive system of surveillance at the NSA, Snowden has also called attention to the extent to which national security operations have been privatized. Of course, Snowden did not work directly for the government; he worked for Booz Allen Hamilton, a private contractor. Booz Allen is a $6 billion a year business. It gets the vast majority of its revenue from government contracts like the one that paid Snowden's salary.
While the specifics of Snowden's work are not clear, we know that he was being paid more than $120,000 a year. That's pretty good pay for someone who just turned 30 and never graduated high school. Needless to say, Booz Allen was billing the taxpayers even more for Snowden's work since they are in business to make a profit. Snowden may have had extraordinary skills that would justify this sort of pay, but there is no way for the public to know.
It turns out that even the background check that provided the basis for Snowden's security clearance was done by a private contractor. USIS, a company based in northern Virginia, did the background check on Snowden and many other people with security clearance.
Where is the oversight?
In the last two decades, private corporations have come to play a large role in a wide range of national security tasks. This is troubling since private companies are answerable to their shareholders, not the general public.
There is an obvious logic to having private companies provide many of the goods and services used by the government. It makes sense to have private companies produce the cars, the computers, the office paper and other standardized items that the government uses in large quantities. These are all well-defined products that the private sector produces in large quantities. There is no reason to believe that the government could somehow produce better or cheaper cars than Toyota or computers than Dell.
But when it comes to very specialized services, the case for the superiority of the private sector is more questionable. Naturally, private firms will try to maximize their profit by providing the service at the least possible cost. This could mean skimping in ways that really matter - for example not doing a thorough background check.
The agency that hires a private contractor has the responsibility for doing the oversight, but extensive oversight increases the cost of the contract. The problem of oversight is likely to be especially large in the case of national security operations like the one employing Snowden. Because of the secret nature of the project, there will be very limited opportunities for public scrutiny.
That means that the government supervisors have an especially large task in ensuring that the government is getting its money's worth. This can be especially difficult when powerful figures in government have pet projects or cozy relations with the contractors. This sort of situation is virtually a recipe book for corruption.
Unfortunately, over the last quarter century there has been a virtual cult of privatization in Washington. The cult has been bipartisan. The Clinton administration used to brag about its reduction in the number of government employees, which was often accomplished by hiring private contractors at greater expense. The Bush administration carried this privatization drive much further.
It is necessary to view this issue with open eyes and an understanding of basic economics. Companies are in business to make money. If the government cannot have proper oversight, as is likely to be the case in many areas of national security, the only way to ensure that the public is not being ripped off is for the government to do the work itself. Otherwise, we are setting up a national security apparatus that is likely to be a cesspool of corruption and waste.
[Dean Baker is an economist and co-director of the Center for Economic and Policy Research. He has written extensively on a wide range of topics, including the housing bubble. His most recent book is The End of Loser Liberalism: Making Markets Progressive (free download available here).]
Source URL: https://portside.org/2013-06-27/ten-thousand-urge-asylum-snowden-add-your-name