Labels for GMO Foods Are a Bad Idea 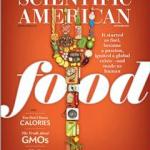 This past June, Connecticut and Maine became the first states to pass bills requiring labels on all foods made from genetically modified organisms (GMOs). In November 2012 California voters rejected the similar Proposition 37 by a narrow majority of 51.4 percent. “All we want is a simple label/For the food that's on our table,” chanted marchers before the elections. The issue, however, is in no way simple.

We have been tinkering with our food's DNA since the dawn of agriculture. By selectively breeding plants and animals with the most desirable traits, our predecessors transformed organisms' genomes, turning a scraggly grass into plump-kerneled corn, for example. For the past 20 years Americans have been eating plants in which scientists have used modern tools to insert a gene here or tweak a gene there, helping the crops tolerate drought and resist herbicides. Around 70 percent of processed foods in the U.S. contain genetically modified ingredients.

Instead of providing people with useful information, mandatory GMO labels would only intensify the misconception that so-called Frankenfoods endanger people's health [see “The Truth about Genetically Modified Food”]. The American Association for the Advancement of Science, the World Health Organization and the exceptionally vigilant European Union agree that GMOs are just as safe as other foods. Compared with conventional breeding techniques—which swap giant chunks of DNA between one plant and another—genetic engineering is far more precise and, in most cases, is less likely to produce an unexpected result. The U.S. Food and Drug Administration has tested all the GMOs on the market to determine whether they are toxic or allergenic. They are not. (The GMO-fearing can seek out “100 Percent Organic” products, indicating that a food contains no genetically modified ingredients, among other requirements.)

Many people argue for GMO labels in the name of increased consumer choice. On the contrary, such labels have limited people's options. In 1997, a time of growing opposition to GMOs in Europe, the E.U. began to require them. By 1999, to avoid labels that might drive customers away, most major European retailers had removed genetically modified ingredients from products bearing their brand. Major food producers such as Nestlé followed suit. Today it is virtually impossible to find GMOs in European supermarkets.

Americans who oppose genetically modified foods would celebrate a similar exclusion. Everyone else would pay a price. Because conventional crops often require more water and pesticides than GMOs do, the former are usually more expensive. Consequently, we would all have to pay a premium on non-GMO foods—and for a questionable return. Private research firm Northbridge Environmental Management Consultants estimated that Prop 37 would have raised an average California family's yearly food bill by as much as $400. The measure would also have required farmers, manufacturers and retailers to keep a whole new set of detailed records and to prepare for lawsuits challenging the “naturalness” of their products.

Antagonism toward GMO foods also strengthens the stigma against a technology that has delivered enormous benefits to people in developing countries and promises far more. Recently published data from a seven-year study of Indian farmers show that those growing a genetically modified crop increased their yield per acre by 24 percent and boosted profits by 50 percent. These farmers were able to buy more food—and food of greater nutritional value—for their families.

To curb vitamin A deficiency—which blinds as many as 500,000 children worldwide every year and kills half of them—researchers have engineered Golden Rice, which produces beta-carotene, a precursor of vitamin A. Approximately three quarters of a cup of Golden Rice provides the recommended daily amount of vitamin A; several tests have concluded that the product is safe. Yet Greenpeace and other anti-GMO organizations have used misinformation and hysteria to delay the introduction of Golden Rice to the Philippines, India and China.

More such products are in the works, but only with public support and funding will they make their way to people's plates. An international team ofresearchers has engineered a variety of cassava—a staple food for 600 million people—with 30 times the usual amount of beta-carotene and four times as much iron, as well as higher levels of protein and zinc. Another group of scientists has created corn with 169-fold the typical amount of beta-carotene, six times as much vitamin C and double the folate.

At press time, GMO-label legislation is pending in at least 20 states. Such debates are about so much more than slapping ostensibly simple labels on our food to satisfy a segment of American consumers. Ultimately, we are deciding whether we will continue to develop an immensely beneficial technology or shun it based on unfounded fears.