The 401(k) Revolution has Failed 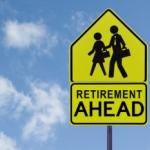 Thirty years ago, as laissez-faire fanaticism took hold of America, misguided policy-makers decided that do-it-yourself retirement plans, otherwise known as 401(k)s, would magically secure our financial future in the face of gyrating markets, economic crises, unpredictable life events, stagnant wages and rampant job insecurity. It was an extraordinary shift in thinking about public policy: Instead of having predictable streams of income from traditional pensions, ordinary people with little financial expertise would suddenly transform themselves into financial gurus, putting money aside and managing complicated investments in tax-deferred accounts.

There were red flags along the way. 401(k)s were originally supposed to supplement pensions, but clever corporate cost-cutters decided that voluntary individual accounts would replace them. Big difference! Meanwhile, throughout the 1990s, the national savings rate fell. Real wages dropped. As Helaine Olen details in her book Pound Foolish, Americans started borrowing against retirement plans to pay the mortgage or send the kids to college. The media was basically out to lunch, and politicians went on claiming the nonsense that individual retirement accounts would encourage savings and turn us all into professional money managers. The stock market would bring us double-digit returns. Whoopie!

Reality check: In 2007, the financial crisis destroyed America's retirement fantasy. Jobs evaporated or were downsized. The stock market took a nosedive. Millions of Americans who had worked hard, straining to sock away a portion of their salary for 401(k)s, watched helplessly as a black cloud formed over their golden years. In October 2008, the Congressional Budget Office revealed that Americans had lost $2 trillion in just 15 months - money that will likely never be recovered. Not long after, President Obama betrayed the public by turning away from the jobs crisis to create a deficit commission whose leaders had the stunning lack of foresight to advise cutting Social Security at a time when the retirement train wreck was quickly picking up steam.

Today, the balance in our retirement accounts falls wildly short of what we need to keep us from destitution in old age, much less to secure a comfortable existence. According to the Vanguard Group, in 2012, the average account balance in our 401(k)s was $86,212 - and that number is skewed by high earners at the top. The amount experts say we need? $1 million or more, depending on how much you make now.

The long-term effects of an experiment gone awry are starting to become clear. The Economic Policy Institute has just released a study proving that do-it-yourself retirement is driving economic inequality, leaving regular Americans further behind than ever. Not since the Gilded Age has there been such a gulf between the rich and the rest. EPI's Retirement Inequality Chartbook offers dozens of charts that examine retirement preparedness and outcomes by income, race and ethnicity, education, gender and marital status.

The report reveals that median retirement savings today stand at a paltry $44,000. But if you start looking at affluent America, the picture changes dramatically. A household at the 90 percentile of the retirement savings distribution had nearly 100 times more socked away for retirement than the median household. And the top 1 percent? Households at that lofty level had stashed more than $1.3 million in retirement account savings.

In a nutshell, the 401(k) revolution created a few big winners and turned most of us into losers.

According to researchers Monique Morrissey and Natalie Sabadis, this went down because higher income workers are much more likely to participate in 401(k)s than ordinary workers who are struggling just to pay the bills. They also have more disposable income, higher tolerance for investment risk, larger tax breaks, and they are more likely to work for employers that provide generous matches. Even if we all participated in do-it-yourself retirement plans at the same rate, growing inequality would still be the result.

The EPI study finds that 401(k) plans have also made regular people more vulnerable to shocks in the stock and housing markets and other economic trends. And if you're young, a minority, female, or single, you've got extra worries. Middle-aged and older households have increased their retirement savings in recent years, but younger Americans have not. White workers are slightly better off when it comes to retirement savings in 2010 than they were two decades earlier, while black or Hispanic workers are worse off. Unmarried people, particularly women, are also falling short on savings.

As we approach another round of debt-ceiling drama this fall, Republicans like Eric Cantor of Virginia are howling for cuts to Social Security and Medicare at a time when most Americans are increasingly strapped in their post-work years. That's not surprising. But unfortunately, many Democrats, including President Obama, have signaled their willingness to further rob Americans of their hard-earned retirement insurance by cutting plans through various schemes like changing the way cost-of-living adjustments are calculated, and means-testing, which Nobel Prize-winning economist Joseph Stiglitz and others point out is no more than a covert strategy to undermine such programs.

Cutting Social Security and Medicare will only further strain American retirements and add fuel to the fire of economic inequality. This is bad for everyone. We know that inequality is divisive and corrosive to society. A whole swath of social problems get worse in societies with bigger income differences between rich and poor: all kinds of diseases and mental illness, violence, low math and literacy scores among youth, drug abuse, lower social mobility and more people behind bars. Trust dissolves and social relationships unravel as stress and anxiety increase. The economy falters.

As Kate Pickett and Richard Wilkinson write in their book, The Spirit Level: Why Greater Equality Makes Societies Stronger, it's not just lack of money and material resources that weaken a country, it's the gap between rich and poor itself that makes things fall apart. This explains all kinds of incongruent phenomena, like why babies born in the U.S., a wealthy country that spends more on healthcare than any other, are more likely to die and have a shorter life expectancy than those born in Greece, a much poorer nation. And why murder rates, the number of teenage births, and obesity rates are higher in unequal societies, despite their relative wealth.

Seniors in the U.S. still appear to be relatively well off, but that's because the impact of the 401(k) revolution is just beginning to hit retirees. Pensions are disappearing fast, and many people don't realize that Social Security benefits were already cut in 1983, leaving those born after 1960 with significantly reduced payments. The horror is coming as baby boomers face retirement without adequate sources of income.

The shiver is already felt in my age group, Generation X. It's going to be bad not just for the aged: A country full of impoverished elderly people is bad for everyone. Young people will have reduced productivity as they are forced to take time off from work to care for aging parents. Disability rolls increase as the retirement age goes up. Weakened demand for goods and services due to empty pockets stalls the economy.

A train wreck is on the way, and the only way to avoid it is to come up with policy changes that are much bolder than anything coming out of Washington. Economist Theresa Ghilarducci, for one, has proposed a plan to phase out 401(k)s and create a new government-run savings plan that would supplement Social Security ( Ghilarducci explains her plan here). The plan would be universal and mandatory, and would provide a guaranteed real 3 percent annual rate of return adjusted for inflation. That's the kind of proposal we need to be considering.

[Lynn Parramore is an AlterNet senior editor. She is cofounder of Recessionwire, founding editor of New Deal 2.0, and author of 'Reading the Sphinx: Ancient Egypt in Nineteenth-Century Literary Culture.' She received her Ph.d in English and Cultural Theory from NYU, where she has taught essay writing and semiotics. She is the Director of AlterNet's New Economic Dialogue Project. Follow her on Twitter @LynnParramore.]